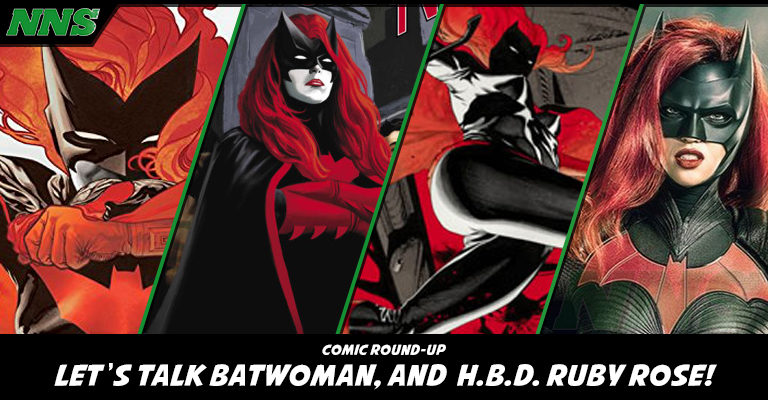 Since it’s comic book roundup Wednesday, we will be talking about comics. But first, since it’s her birthday today, we are going to be giving a shout out to… Ruby Rose! She is an Australian model and actress who is so beautiful that she has been described as a lesbian James Dean. Now, what does Rose have to do with today’s comics post? Well, if you didn’t know, she has played Batwoman in the CW TV series  “Arrow”! She was only in part two of the three-part superhero crossover “Elseworlds,” but it was so great that she’s getting her own Batwoman TV series this year! So happy birthday Ruby, keep kicking ass! 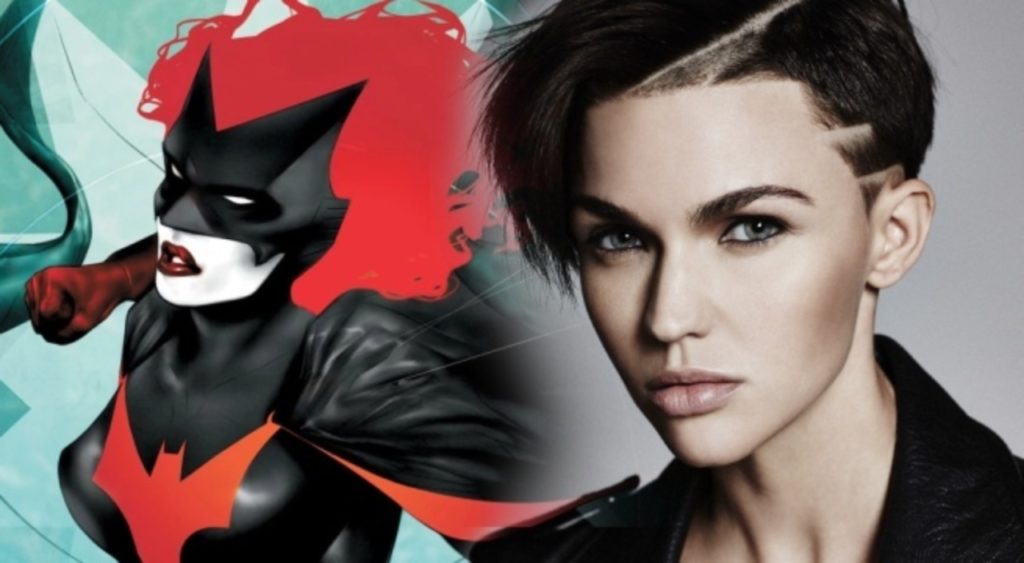 Now let’s talk about the original Batwoman and the version that Rose played, who is KATE Kane. The original Batwoman, KATHY Kane, acted as a female counterpart to Batman with her side-kick Bat-Girl and romantically pursued Batman who made her debut in Detective Comics #233 in 1956.

In the modern era, her legacy is taken up by the army brat Kate Kane, a lesbian expelled from West Point due to her sexuality. She is Bruce Wayne’s cousin – her father Jacob Kane being the brother of Martha Kane Wayne, Bruce’s mother.

This is the version of Batwoman that Rose played in “Arrow.” The story of Kate is that her and and her twin sister Beth were born to prominent colonel Jake Kane and his wife Gabrielle, herself a captain. Both parents were on active military duty, and worked extensively with intelligence organizations. On the twin girls twelfth birthday, Gabi decided to take the girls out and they were attacked and kidnapped by terrorists. Though military intelligence managed to locate the hostages, Jacob only managed to rescue Kate, as both Gabi and Beth had been killed. He tried to prevent her from seeing the worst of it, but Kate was traumatized by the sight of her mother and sister’s corpses.

Through everything, she excelled in school, and eventually was accepted into West Point as a cadet. She continued to excel at the Academy, eventually earning the rank of Brigade Executive Officer, as well as completing both Air Assault School and the U.S. Army Airborne School and earning prestigious awards. In Kate’s final year at the Academy, she was anonymously accused of homosexual conduct. Though given the chance to stay at the Academy and accept a demotion, Kate instead chose to come out as a lesbian in order to prevent a further investigation and protect Sophie, and was expelled under Don’t-Ask-Don’t-Tell.

After her expulsion from West Point, Kate medicated her depression with alcohol and promiscuity. She decided to travel the world in an attempt to ‘find herself’ and establish a life outside of the military. Upon her return, she was attacked by a mugger in an alley. She fought the man off and was about to harm him more when the Batman appeared. Seeing him in person made Kate realize that she felt alive when she was fighting crime, and that vigilantism could be her new purpose in life.

Her father discovered this habit after approximately a year, and though he was initially angry with her, he agreed to support her mission after she convinced him of her dedication; this included organizing an intense training program to hone her skills, conducted by several of Jacob’s former special forces comrades.

Kate spent the next three years undergoing fierce training regimens and exposing herself to the worst that the world had to offer and then took the title of Batwoman.

There are a series of very twisted and compelling story arch’s for Batwoman. I really can’t recommend enough of her comics. I highly recommend you at least check out the start of DC’s new 52 reboot and read at least the first 4 volumes, but below are more specific recommendations. 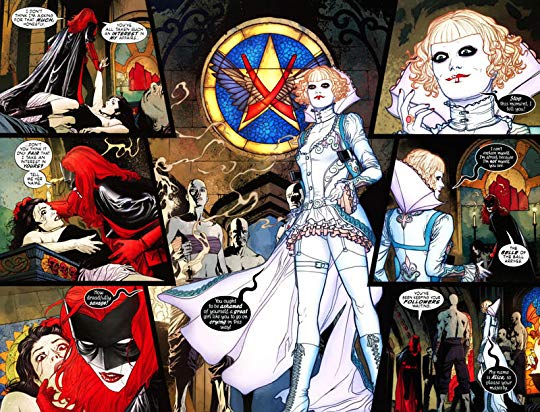 Batwoman battles a madwoman known only as Alice, inspired by Alice in Wonderland, who sees her life as a fairy tale and everyone around her as expendable. Batwoman must stop Alice from unleashing a toxic death cloud over all of Gotham City — but Alice has more up her sleeve than just poison, and Batwoman’s life will never be the same

THE MANY ARMS OF DEATH 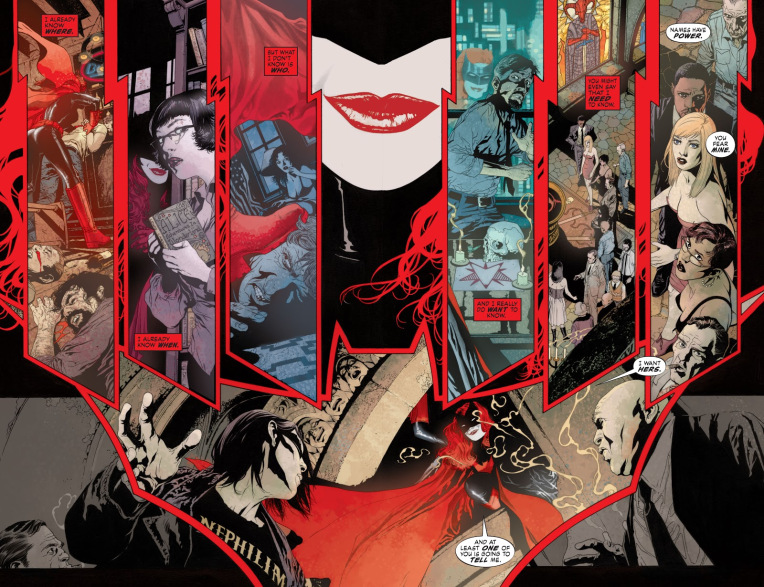 Monster Venom is the hottest new bioweapon on the market…and to break up the syndicate spreading it around the world, Batwoman’s going to have to return to the place where she spent some of her darkest hours! 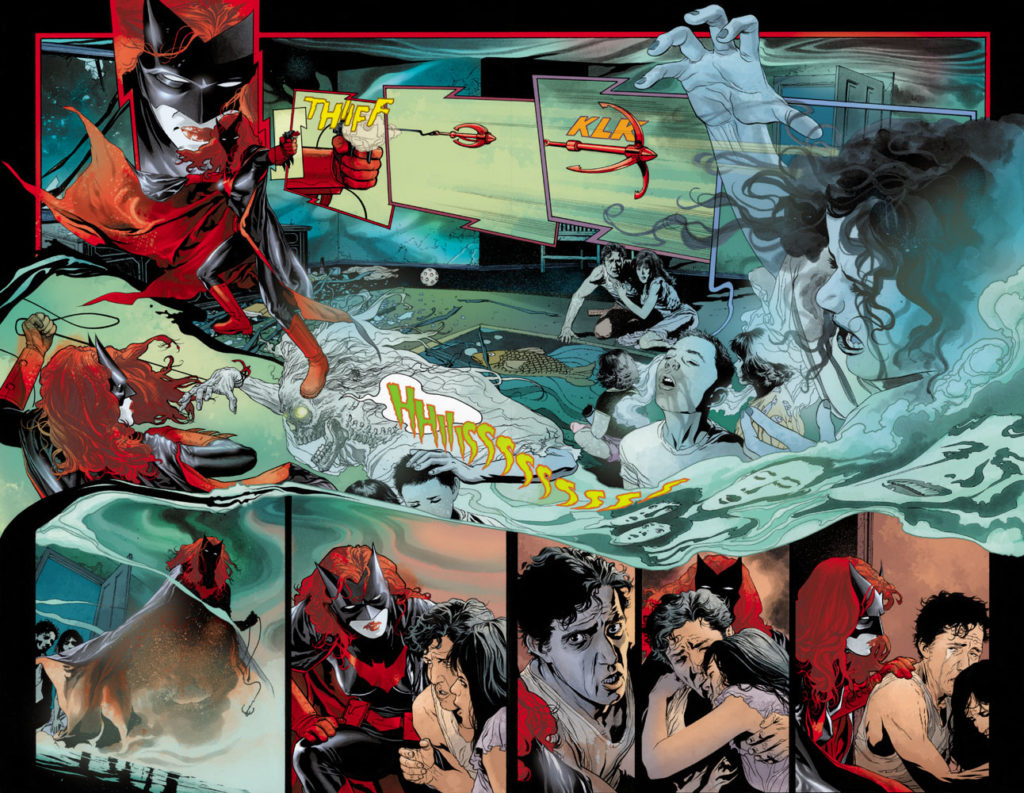 Who or what is stealing children from the barrio, and for what vile purpose? Will Kate train her cousin, Bette Kane (a.k.a. Flamebird), as her sidekick? How will she handle unsettling revelations about her father, Colonel Jacob Kane? And why is a certain government agency suddenly taking an interest in her?

Are you looking forward to seeing more of Ruby Rose’s Batwoman? What are your favorite Batwoman comics? Let us know in the comments.