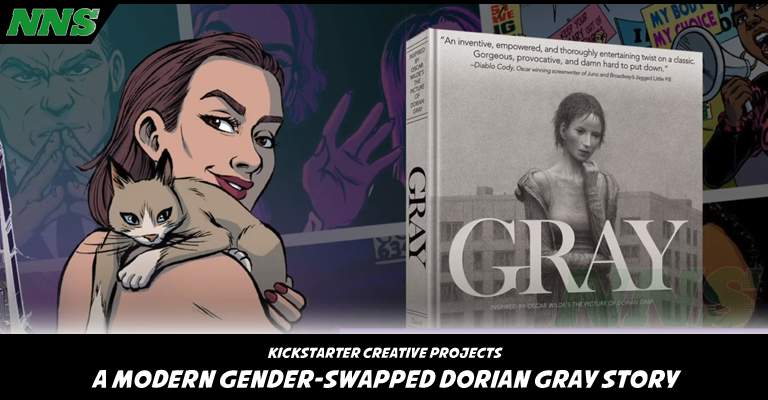 Are you a fan of podcasts? We have made a few ourselves. When looking for something creative to binge on road trips, while working out, or doing tasks that require your visual attention, podcasts deliver where other media falls flat.

Of course, you want a podcast that draws your attention, to make the time fly. One such property that always has my interest has been Oscar Wilde’s tale, “The Picture of Dorian Gray.” I am not alone in that fascination as Prodigal Entertainment’s own Arvind Ethan David has taken the story and given it a modern twist. Replacing the male main character with a female protagonist. David most recently wrote The Neil Gaiman at the End of the Universe, which we covered Here.

Trigger Warning: Discussions Regarding Sexual Assault As A Story Point

The story focuses on Dorian Gray, a woman who after a sexual assault by a group of privileged men changes her. Forever frozen and ageless, she survives through 40 years building a plan to seek vengeance on the same men who attacked and changed her years before. Her plans are not perfect though, as it draws the attention of the NYPD. Now they’ll try to find and stop her before she can finalize her revenge with the help of other wronged women.

While the story topic covers topics like sexual assault, but to make sure that the series doesn’t take the topic lightly, they have partnered with the nation’s largest anti-sexual violence organization, RAINN. Additionally RAINN will be providing resources to listeners who may have been impacted by similar stories of sexual violence.

The story will be released with the first two parts in graphic novel form, with the third part being told over the course of 8 audio drama episodes that look back on the events of the graphic novel within the universe. The graphic novel is drawn by Eugenia Koumaki, inked by Diana Greenhalgh, and colored by Joana Lafuente.

Arvind has tapped Milena Govich to direct, and even star within the drama. The series will also star the additional voice talents of:

You can support the story with the aid of their Kickstarter, back it Here through May 19, and the graphic novel will be available on shelves of major retailers on July 13, 2021.

You can find out more information about the series you can do so Here.