At Comic-Con San Diego we got a first hand look at Ghostbusters World, the mobile game soon to be released worldwide later this year on Android and Apple! It’s an amazingly fun and intuitive smartphone game where players can battle and capture hundreds of Ghostbusters ghosts in the real world which roam around your own world. Players will be able to battle and capture hundreds of ghosts from all dimensions of the franchise, including the films, TV shows, comic books, theme parks, and video games. Personalize your avatar’s appearance, costume and proton pack with fun items and gear and get to it! 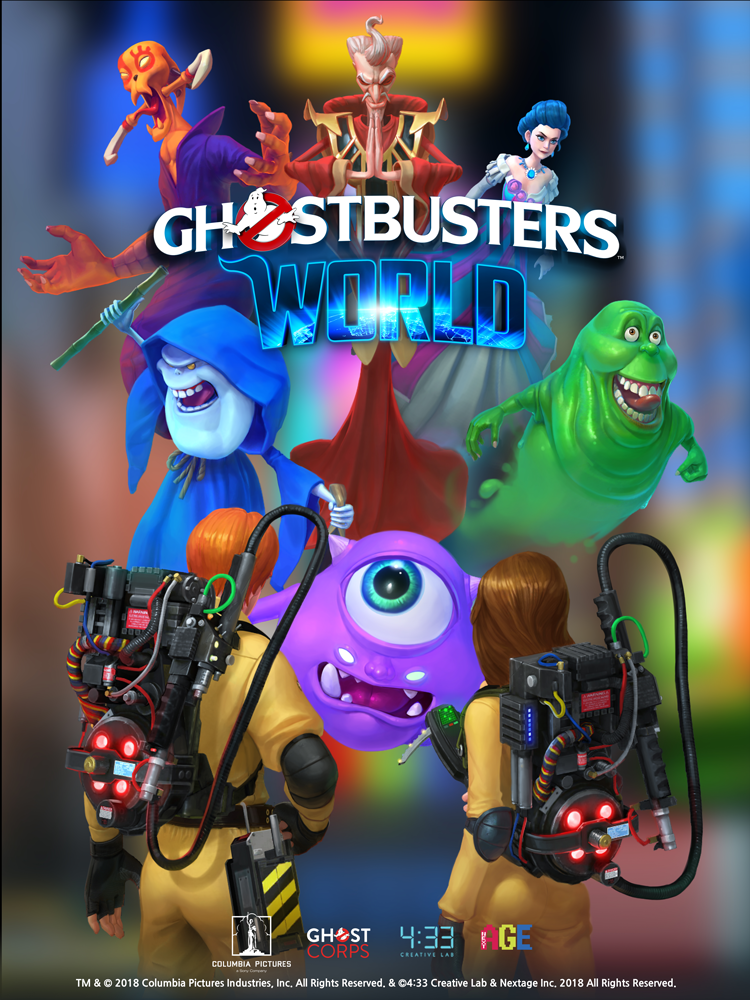 Capture the ghosts you encounter in AR battle as you blast them with your proton pack, counter their attacks, and pull them into the the ghost trap to collect. Not only can you adventure on your own in free play, you can enhance your adventure with the story mode which features new exclusive writing and art from members of the Ghostbusters Comics team at IDW!

There is also a multi raid boss option where you can team up with up to four friends in your area to take on a big boss together! Use your proton packs to fight the boss and any minions together. With each battle, you will collect items, coins and experience. Releasing at a later date, there will be an option where you can gain experience for your collected ghosts and have PVP play battling your own ghosts against each other!

Check in at inter-dimensional doors around your neighborhood to collect items and resources to help you bust ghosts with the option to have your own door you can place anywhere incase you are not near any doors in your home location. Ghostbusters World will be a free to download game and will not require purchases to enjoy the full extent of the game. However, players can choose to buy optional perks that to enhance their own experience.

So who you gonna call? Your friends for a boss raid!