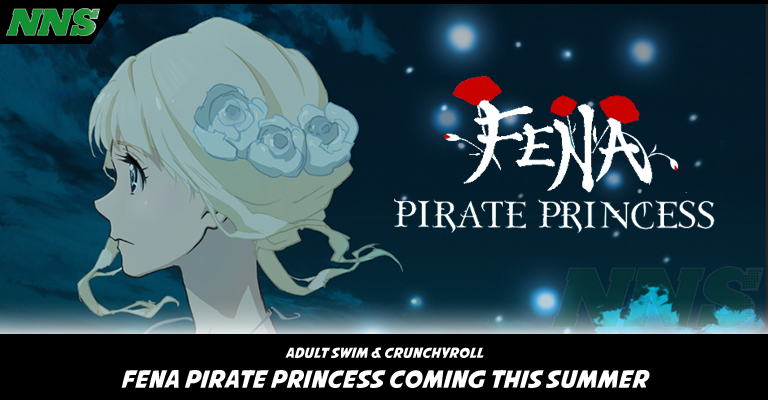 Crunchyroll and Adult Swim are working together to produce a new amazing and interesting series titled Fena: Pirate Princess which will come out later this year. The story focuses on Fena Houtman a girl raised as an orphan with little to no memory of her family. However, she escapes her life of servitude to an island, an island full of pirates. Much to her surprise though, the pirates help her discovers the truth behind her lost family. As she tries to find out more about where she comes from, she joins with her new Samurai crew on the high seas and flees other pirates on her tails.

Kazuto Nakazawa, the director, stated that he took inspiration from shojo manga. He continues stating that while this has action and adventure on the high seas, the story is “…basically a love story.”

If you attended the Annecy International Animation Film Festival then you would have gotten the chance to see the work in process of the series Fena: Pirate Princess. If you are a bunch of the unlucky people without tickets to the festival, then you’ll have to wait until later this summer for the series to launch.

Check out the trailer yourself here!

The animated series will be told through several half-hour episodes, make sure to keep your eyes out for this new show.