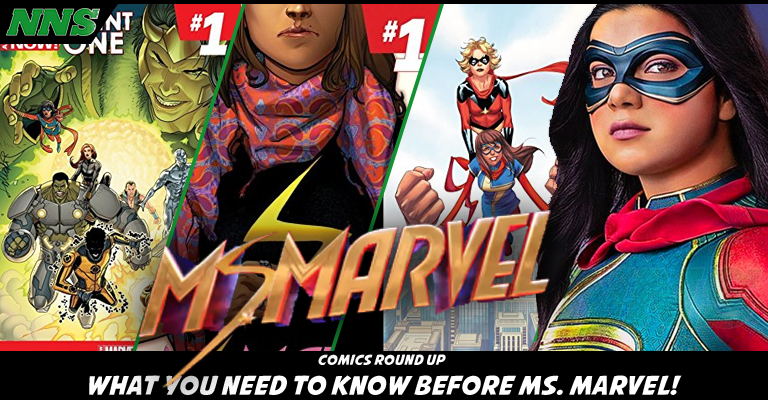 In the world of Marvel, Ms. Marvel is a relatively recent hero. In the comic books she was Kamala Khan, a child with Inhuman DNA, whose powers were activated by Terrigen Mist. Terrigen Mist, for the unknowing, is a chemical cloud that can be used to activate Inhuman abilities locked through generations.

The powers that Kamala gained from her Inhuman genes was the ability to manipulate her body in density and size which even allows her to be able to shapeshift. Kamala is a Pakistani-American girl growing up in “Jersey City” who idolized Captain Marvel, this will be important later.

While it’s nice to see the MCU add more diversity to its ranks, people are worried that we aren’t getting our comic book version of the wonderful and groundbreaking Ms. Marvel in the live action series.

The Ms. Marvel that we are getting in this live-action series on Disney Plus is probably closer to a tribute. She still has her strong Muslim roots, and represents the style and character of Kamala Khan’s character. That being said, a lot of things have changed.

One major change from the comic book is her powerset. No longer activated due to Terrigen Mist and her Inhuman DNA, she has powered bangels that belongs to her family, that appear to be triggered by her genetic heritage. The power she receives is as well changed. It’s swapped from body manipulation to creation of energy forms and forcefields.

No matter the changes though I’m glad to see more people of different ethnicities, genders, and walks of life be represented in the MCU. Before the new series comes out, we wanted to showcase some of our favorite stories that feature Kamala Khan for future fans might want to check out before heading into the Disney+ series.

Are these your favorite stories for miss Marvel, or do we miss one that we should have talked about?