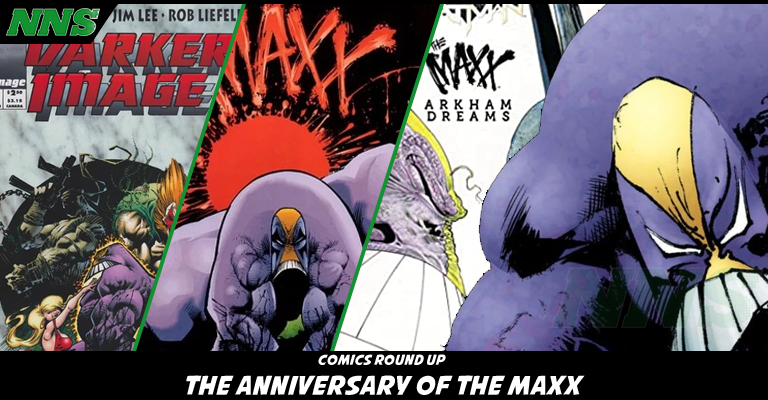 My first interaction with the story of The Maxx was sneaking downstairs in the middle of the night to watch the MTV animated series way past my bedtime. This dark and constantly graphic story was a lot for my little mind to handle at times, and as such was incredibly sensational! The art style, aspects of mental illness, and complex stories stuck in my mind.

The first appearance of The Maxx was in the anthology book Darker Image #1, published by Image Comics in 1993. Later in March the character received his own original comic book series created by Sam Kieth, and was published with Image Comics until 1998. The run lasted only 35 issues. The books were then collected into a trade paperback once Wildstorm folded back into DC Comics.

The Maxx is what appears to be a purple-skinned hero of odd shape and strength.

Keep in mind that the Maxx is not a light topic, there are subjects within it that are heavy, but if you don’t mind dicey topics, then you will like this comic book series!