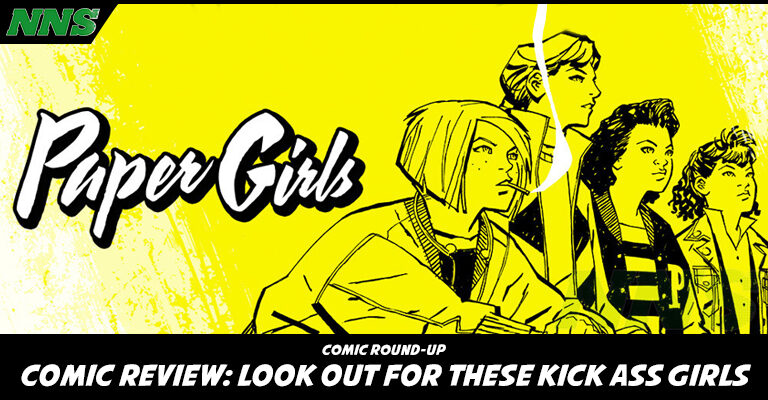 What do you think of when I say “Paper Girls”? For me, originally the name gave me no interest at all.

What do you think of when I say Brian K. Vaughan (Saga), Cliff Chang (Wonder Woman), and Matt Wilson (The Wicked + The Divine)? The answer better be GIMMIE!!!

In the early hours after Halloween of 1988, four 12-year-old newspaper delivery girls uncover the most important story of all time. Stand By Me meets War of the Worlds in this mysterious young adult adventure. 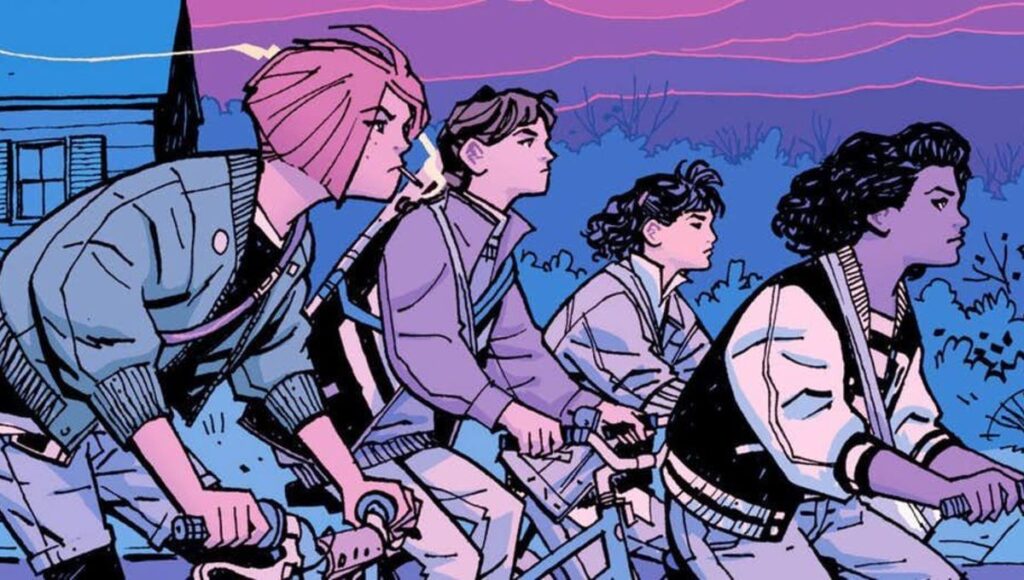 The entire story is in 30 beautifully illustrated issues of glorious 80’s/90’s nostalgia, sharp humor, and relatable and kick ass personalities. I have to say, each one of the girls felt like someone I know or has a part of me in them. It was amazing, in a good way, that this entire girl power comic was created by an all male creative team. They really dove deep and totally made me believe each one of the characters as a real person, and the sci-fi puzzle happening around them was such an amazing adventure! So…  bravo team! 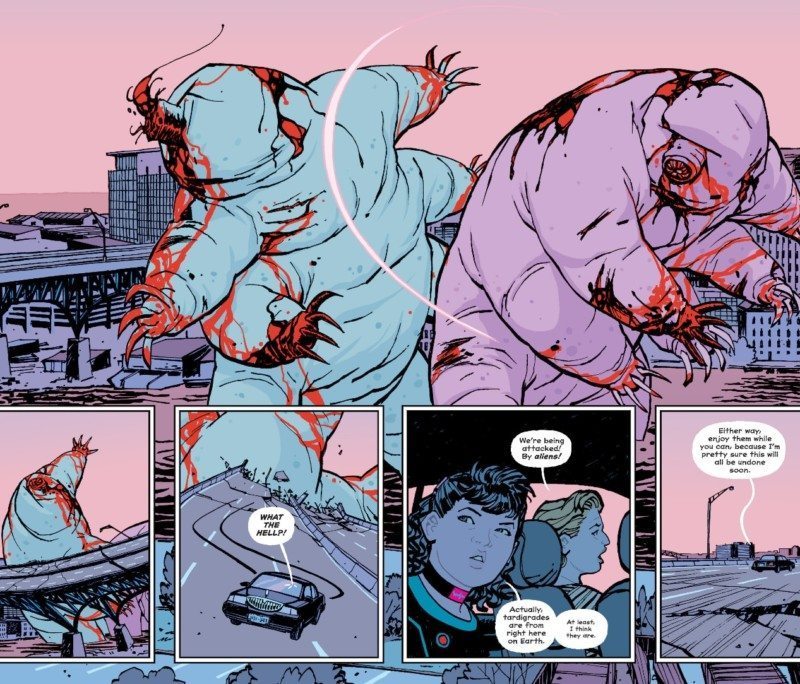 If you couldn’t tell, this comic is a MUST READ for everyone out there. It’s got aliens, it’s got time travel, it’s got dinosaurs! It’s got something for everyone wrapped up in an incredible Stranger Things kind of adventure with a glorious art style and such an emotional ending that it had me wanting another 30 issues! 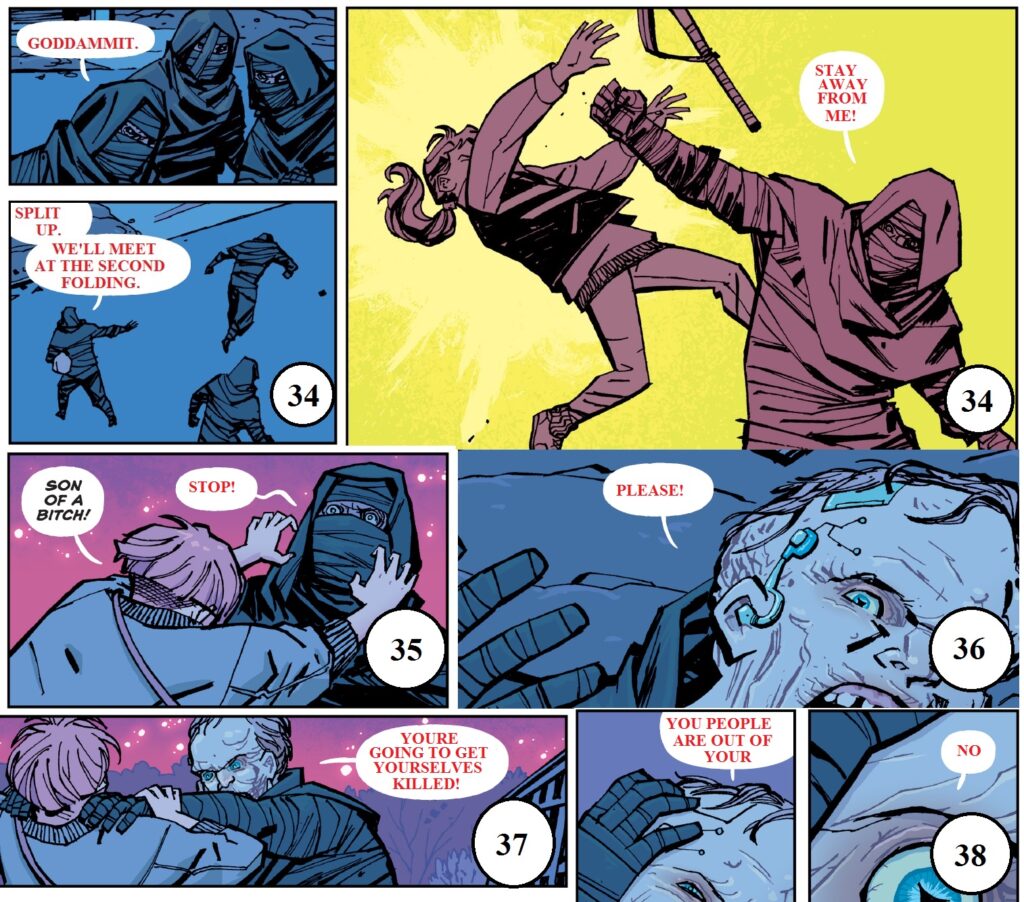 Since the comic has “ended” that doesnt mean its the “end”. Word has it that writer Stephany Folsom (Toy Story 4) will adapt the comic for Amazon! Folsom, Vaughan, and Plan B will all serve as executive producers. You can read more about it in another article HERE.

But in the meantime, what are you waiting for?! Get issue one FREE from Image Comics HERE, and if you want more… consider supporting your local comic shop!

What do you think of this comic? Have you read any other works from this comic team? Are you looking forward to the TV show? Let us know in the comments and we will catch you next week, same Nerd-Time, same Nerd-Channel.