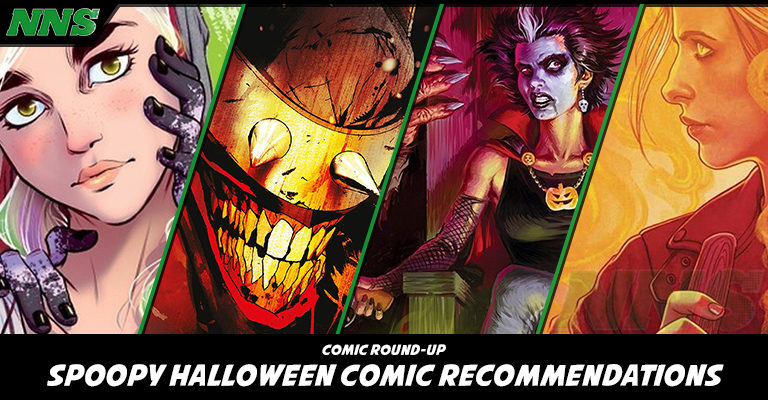 HALLOWEEN IS UPON US! No tricks here today, only treats. Hoping you all have some super spoopy plans this Halloween, but if not, or just for future reference, I will be suggesting some Halloween worthy comics. In addition, you can check out my last year’s post about specifically free Halloween webcomics HERE. So in no particular order, here is my very bias list of comics! Enjoy! 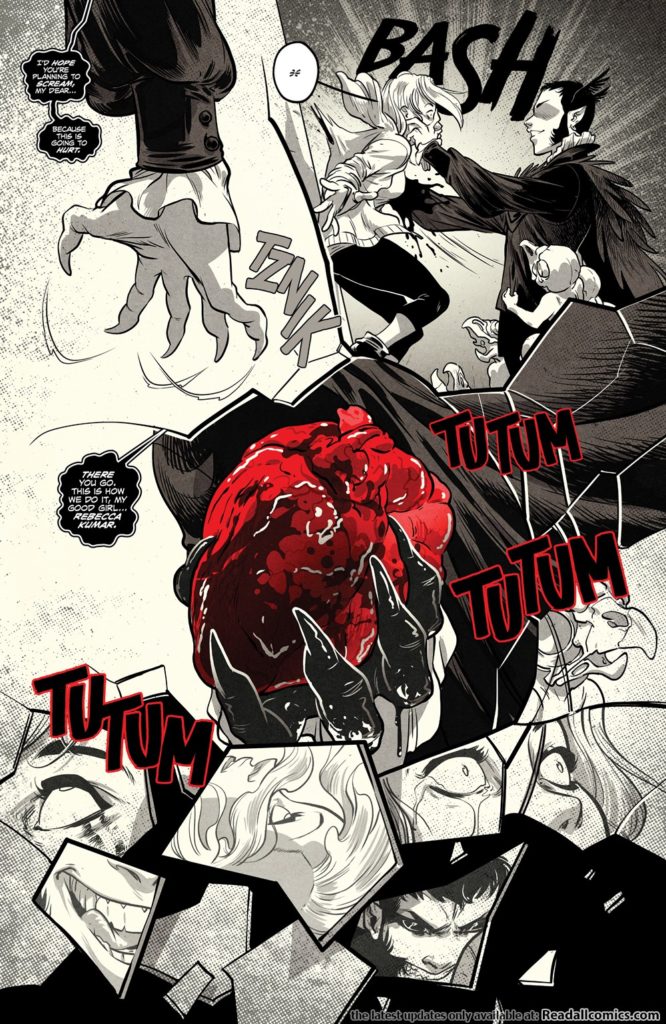 No matter how fast you run, sooner or later your past will catch up with you. Enter Becky Kumar, a geeky twenty-year-old from New York City who is about to cross the veil between our reality and a realm of otherworldly truths. From writer and RPG creator MARCO B. BUCCI (Magna Veritas, Memento Mori) and artist JACOPO CAMAGNI (X-Men Blue, Deadpool The Duck) comes a tale of tales, witchcraft, and secrets for mature readers that rewires the rules of urban fantasy.

THE BATMAN WHO LAUGHS 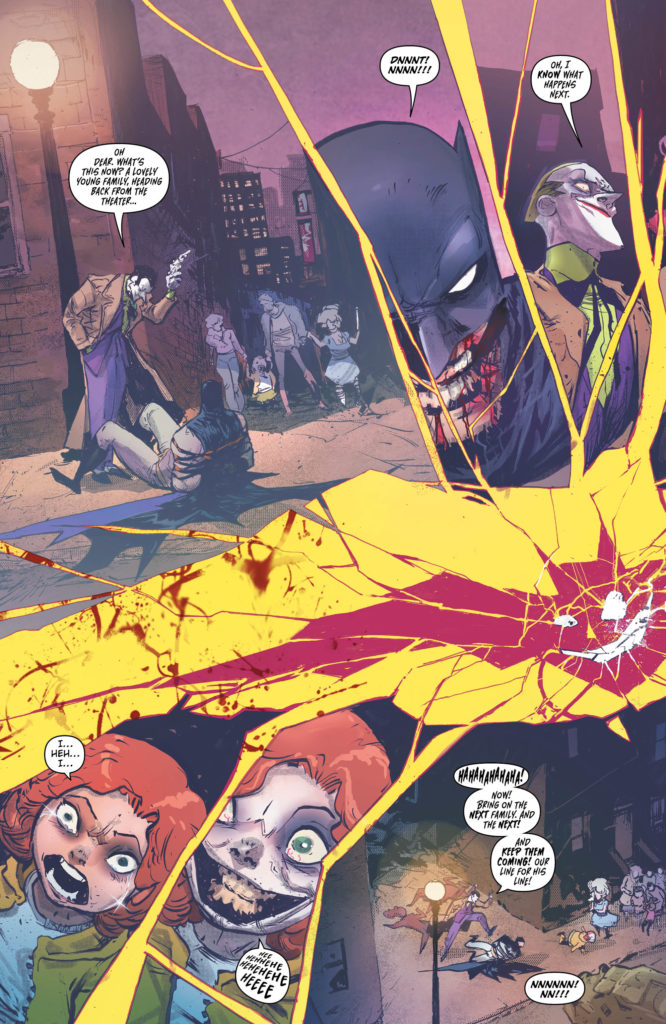 The Batman Who Laughs is enacting a sinister plan across the Multiverse — something both terrifying and oddly familiar. When Bruce Wayne realizes the only way to stop this madman is to kill him, he must consider violating the very rule Batman can’t ever break… the rule that created the Batman Who Laughs!

As Bruce begins to realize that all the mistakes he’s made are somehow connected, the Batman Who Laughs unleashes a brand new evil. Enter one of the most punishing Batmen of the Dark Multiverse: the Grim Knight! Collects THE BATMAN WHO LAUGHS #1-7 and THE BATMAN WHO LAUGHS: THE GRIM KNIGHT #1. 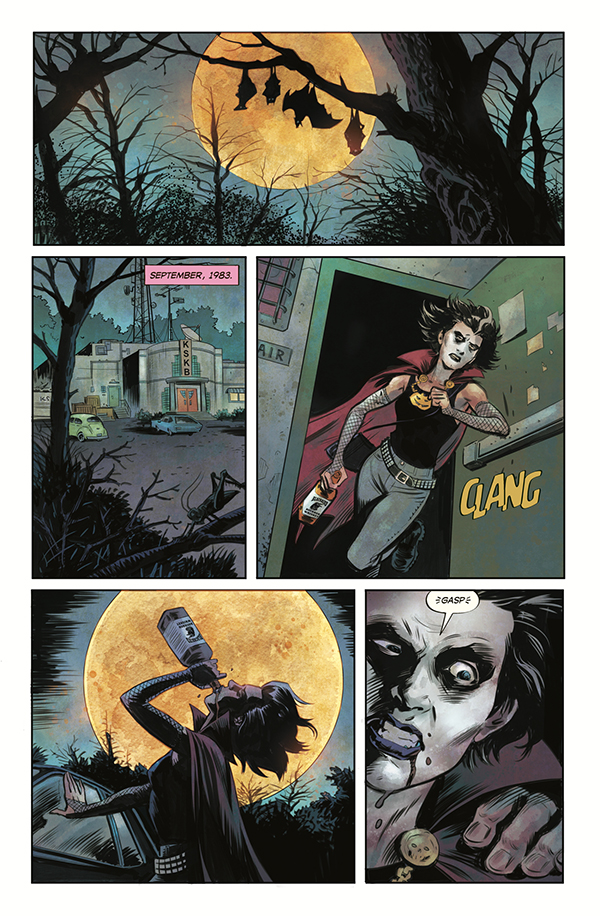 Aspiring reporter Jerri Bartman is furious when she’s demoted to hosting the nightly Creature Feature at her small-town TV station. But Jerri quickly learns that there is more to horror hosting than just introducing bad B-movies. Her first night in the costume of her missing predecessor, Count Crowley, finds her face to face with a living, breathing . . . werewolf. Or was she just that drunk? 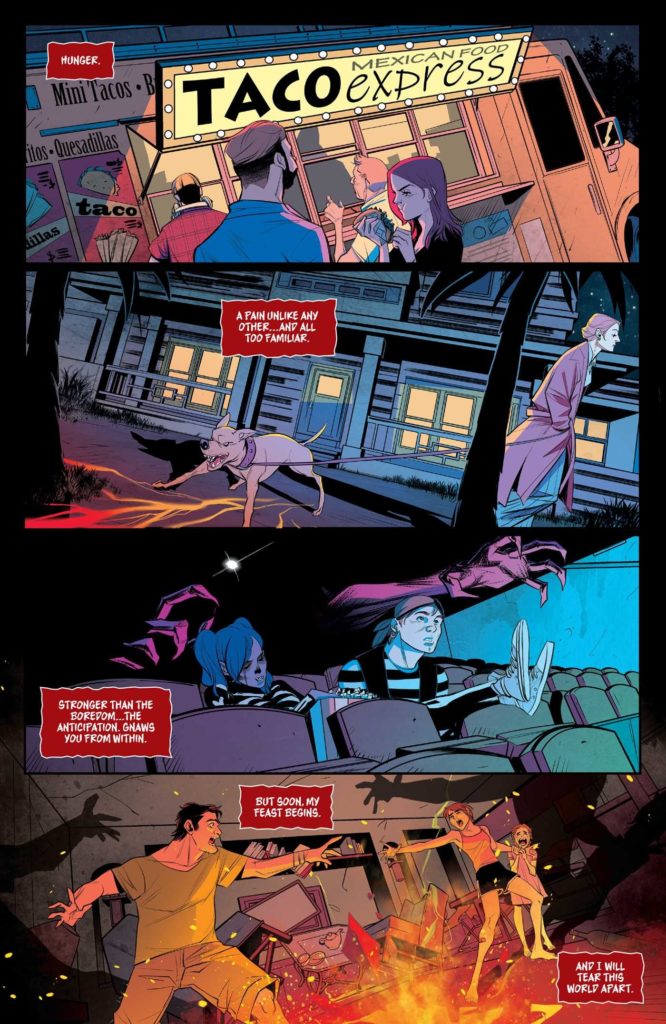 THE FIRST EVENT OF THE ALL-NEW BUFFY UNIVERSE STARTS HERE! * Buffy Summers, the Slayer, has one job… keep the forces of hell from coming to Earth through, uh, Hellmouth. Here’s the bad news.she might have failed. * The Mistress Drusilla and her ally, Spike, have found a weapon to open the Hellmouth and unleash unspeakable evil across the town and the world. * With time running out, Buffy must team up with a new ally that she doesn’t fully trust.the vampire vigilante known as Angel! Can these two find a way to work together before the Hellmouth opens – or these two decide they might be each other’s greatest enemy? * From Eisner Award-nominated writer Jordie Bellaire and rising star Jeremy Lambert ( Doom Patrol ) and Eleonora Carlini ( Saban’s Go Go Power Rangers ) comes the first massive event of the Buffyverse, one that threatens to shake the entire fabric of reality.

So there you have it! Some of my very bias top Halloween comic recommendations. Let us know in the comments what you are reading, if you have read any of these, and what your Halloween plans are. Imaginary bonus points if you share pics of your Halloween costumes!