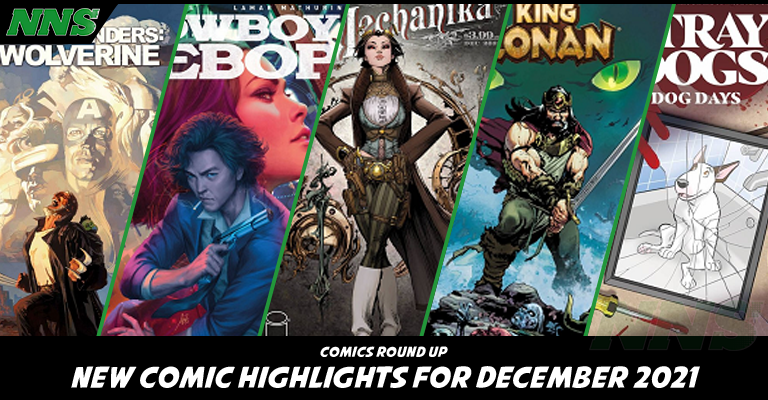 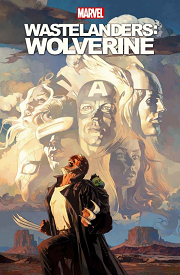 Wastlanders: Wolverine #1 (Marvel Comics)
Releasing December 1st, 2021
Return to the world of Old Man Logan, as he tries to live in peace raising a baby Hulk. Is his actions saving, or dooming this new Wasteland world. Created by Steven S. Deknight with art from Ibrahim Moustafa. 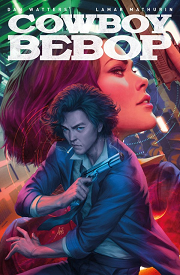 Cowboy Bebop #1 (Titan Books)
Releasing December 8th, 2021
Set in the year 2171, follow the famous crew from the anime and coming film, as they chase an ex-gang member with a special vest that can grant it’s wearer unlimited luck. Enjoy even more love with this amazing crew. Created by Dan Watters, with art from Lamar Mathurin. 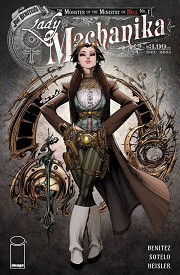 Lady Mechanika: Monster of Ministry #1 (Image Comics)
Releasing December 8th, 2021
We’ve covered Lady Mechanika and Joe Benitez in the past, so we are happy to see her return with an origin tale of the creation of Lady Mechanika! Created by Joe Benitez, with art from Beth Sotelo. 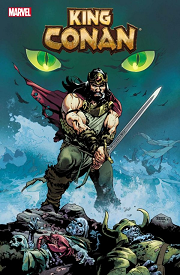 King Conan #1 (Marvel Comics)
Releasing December 15th, 2021
King Canon is tired of his crown, and he seeks adventure in a land to the west. Even more adventure awaits Conan as he makes his way through a new saga. Created by Jason Aaron with art by Mahmud Asrar. 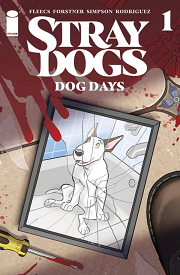 Stray Dogs: Dog Days #1 (Image Comics)
Releasing December 29th, 2021
Are you a fan of horror, a fan of dogs? How about a comic book collection of both in short story format! Follow the stories of all of these strays! Created by Tony Fleecs, with art by Trish Forstner.