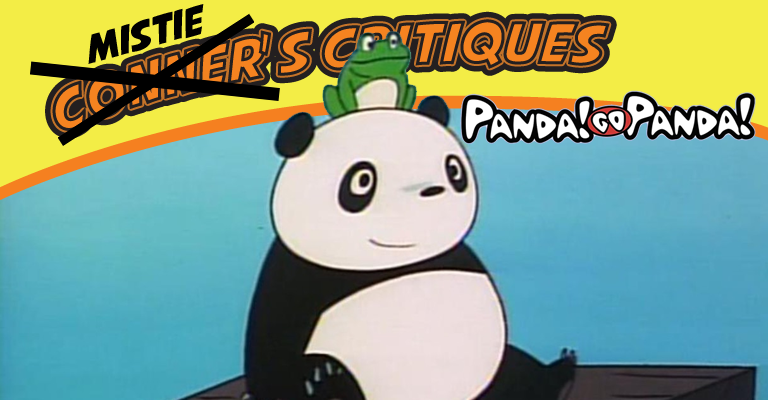 Panda! Go Panda! Is a delightful bit of animation history written by now well known Hayao Miyazaki and directed by Isao Takahata before they co-founded Studio Ghibli. In this feature, two stories, Panda! Go Panda! and Rainy Day Circus bring us the adventures of young Mimiko, a little girl who is left on her own to have grand adventures or perhaps misadventures after befriending two pandas.

For all the charm the co-founders of Studio Ghibli bring to their character designs and stories, you cannot deny that this feature suffers from being a product of its time. The action from one scene to the next don’t always follow a plot and many actions feel like they happen just to prolong the run time.

The beats are simple and expressive and you will see little glimmers of charm that would come to bloom in later features produced by this animation team. Young children will like this mini double feature and those interested in animation history can appreciate the craft, but I feel that older children may lose interest before the second act.

This feature is subtitled and easy to understand, even if young audience members have trouble with the reading, the animated emotes will show them how the characters are reacting to one another. The voice quality is a tad on the shrill side, especially with the younger characters, but given this was produced in the early 1970’s, you have to accept the limitations of non-Disney animated features from that time.

These two short films showcase the giant panda, made popular by a pair on loan from China in the 1970’s. The love for the panda comes through in wild, imaginative ways and the blueprints for future character designs can be seen in the mannerisms and movements of the cast. I give it an extra point over the average of the last two scores only because I enjoy animation history.

Older animated films may not be everyone’s cup of tea when it comes to the movie going experience, but for those who love to see early works of great masters and appreciate the craft in its humble beginnings, I urge you to take the time to see Panda! Go Panda! in theatres and show support to these kinds of releases. This movie might not make my Studio Ghibli top ten, but it does add to the list of why I love the films they have crafted as a team.