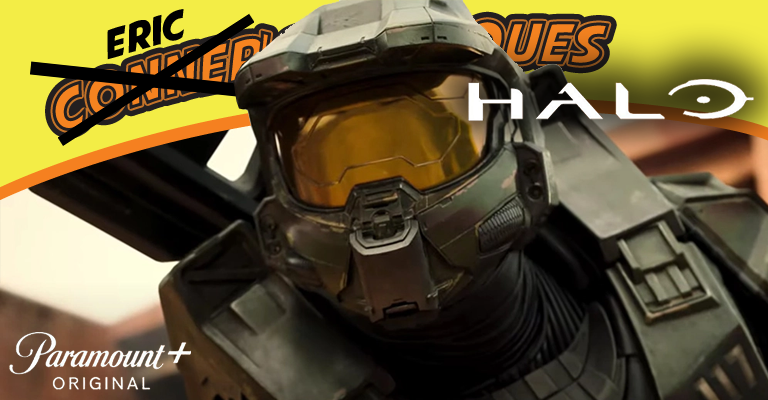 I remember pulling out my Original Xbox from my bedroom, dragging it down to the living room, making sure I had enough controllers for all of my friends, and putting in the original disk of Halo: Combat Evolved.

However, now that I stand as a man and hearing the news that Paramount Plus was creating a Halo television show, I was apprehensive while at the same time excited to see these characters enter live-action in the small screen.

While I will admit this is probably the longest intro that I’ve ever seen for a Critique, I feel like this franchise has earned its attention for over 20 years of content. Like every other traditional review though, we will be talking about the series based on its story, its acting, and its overall performance.

Keep in mind that we only received the first two episodes to preview, so this review is only in regards to our first impressions and not a full review of the series.

Halo sometimes had a pretty in-depth and well-thought-out story, not you Halo 2, you’d be forgiven if you didn’t pay attention to it and just spent your time bashing or sniping your friends in Blood Gulch. It wouldn’t be a surprise if most fans did not know the story. I however remember the story of the game very well, even about the issues created by the canon clash of Halo Reach (Halo Reach Is Not Canon.net). I do admit that I am not as familiar with the lore of the books though, so please forgive me if I stumble here.

I found it interesting though how closely and not so closely the show follows the lore of the series. It clearly is attempting to give something new while at the same time paying homage to the original subject matter. This is evident by the intro song. I don’t know how you mess up the Halo intro song. It’s classic. However, the series decided to allude to the original theme song, and then take a hard right away from it. YOU HAD ONE JOB!

However, there’s just something really exciting about seeing Master Chief air-drop into combat. It really got the blood pumping. They even showcase specific actions in the show that help to feel like you were playing the game from your childhood.

I’d like to think that I’m not biased, but the minute I heard Master Chief’s shield re-charge, I started to giggle. I also found myself telling the rebels on the screen that they weren’t hitting the Elites long enough to take down their shields. So when the Spartans arrived on the scene and specifically took my advice, (…no I don’t think they heard me and took my advice but clearly the writers of the show are not too dissimilar as me…), breaking down the Elite’s Shields before finishing them off, I was on the edge of my seat. There was so much incredible fan service for the viewers, especially they showed Master Chief’s HUD in his helmet.

While the first episode seemed to be a love letter to fans, the second episode truly dropped off from the traditional feeling of Halo as the story begins to world build.

Since we only previewed the first two episodes, I truly hope the show returns to the action and style of the first episode as it continues.

One of the major benefits of Master Chief in the video game is that he is a blank slate. He doesn’t have specific characteristics that stand out besides his honor and duty-bound mentality. His muted response to his environment allows for the player to impart their personality to the form, and feel like they are the bad-ass Master Chief.

It’s a strong tactic used in literary works, as well as video games, to allow a deeper connection from the player to the source material/game. This technique does not usually do very well in visual media like television shows and movies though.

So I was wondering how Pablo Schreiber would portray Master Chief in this series. Pablo Schreiber’s performance as Master Chief is great in a lot of ways, his dedication to duty and honor are played very well throughout the preview. I will say I do not like how quickly he was to take off his helmet. I understand that the actor probably didn’t want to go the way of the Mandalorian. Two major series with heroes in armor refusing to take off their helmet might butt the same field even if Halo came first.

I also imagine the world of the Mandalorian probably made the actor specifically want to show his face regularly within the series since he’d probably like to show off his range. I will add though Pablo Schreiber did a good job performing, and the writers a reason, for the character taking off the helmet.

I could also talk about Natascha McElhone who plays Dr. Catherine Halsey who straddles the line beautifully of a caring creator and devious mastermind. I could discuss Yerin Ha who plays Quan Ah, who seems to be in the first two episodes to set up conflict while also being the stand-in for non-informed viewers who might be new to the lore.

I could even mention how Olive Gray who plays Dr. Miranda Keyes comes off as a spoiled gifted child, but I’m interested in the actress’s abilities in the role for it to grow and shift based on her amazing scene with Quan Ah.

However, who I want to mention is Burn Gorman who plays Vinsher. This actor may not end up being the main villain of the series, but god damn does he do an amazing job making me want him to be. In the first two episodes, we only get like 5 minutes of screen time with him, but he stands out! You need a villain you hate, and this series has a lot of plates spinning. We will have to see how it progresses!

I specifically have to say that the graphics for the series is not groundbreaking. It is definitely better than Craig from Halo Infinite. 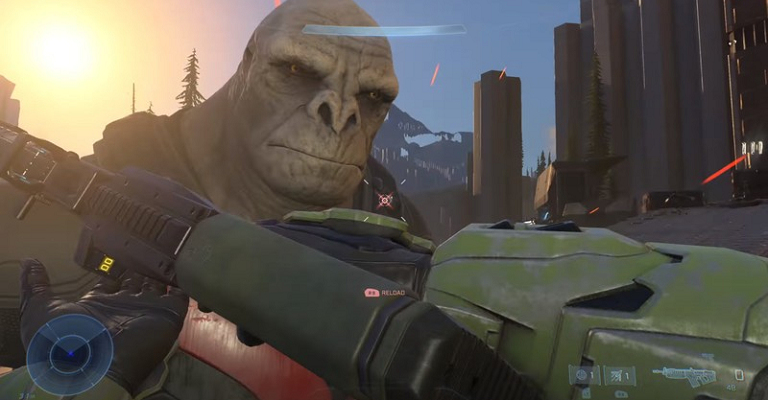 The Covenant forces do not blend well with the background and stand out in the first episode. You’d think with a Sci-Fi video game story that it would be a deal-breaker, but I don’t think you really need the best graphics here. What is presented still works, if anything it made me feel like I was watching a video game. A feeling I know they were leveraging as they swapped between first-person view several times, and included multiple nods to the game. When the story was involved, and deep in emotions, I did not feel like the graphics in any way distracted from the viewing.

I will even go as far as to say that the graphic and special effects for Master Chief were impressive.

If you are a hardcore fan of the Halo series, looking back at you Halo Reach Is Not Canon.net people, but if you are really interested in the series, but willing to let the series find it’s own feet you will find this series as I did, undoubtedly felt like Halo at least in the first episode. The second episode takes a hard turn away from the feel of the game, but it’s hard to tell if it’s a deviation or a new path since we only received two episodes to preview.

That being said, the preview sets up something that is incredibly engaged, and we want to see more! Soon there will be even more Halo for the masses, and as a fan of the franchise, I am happy.