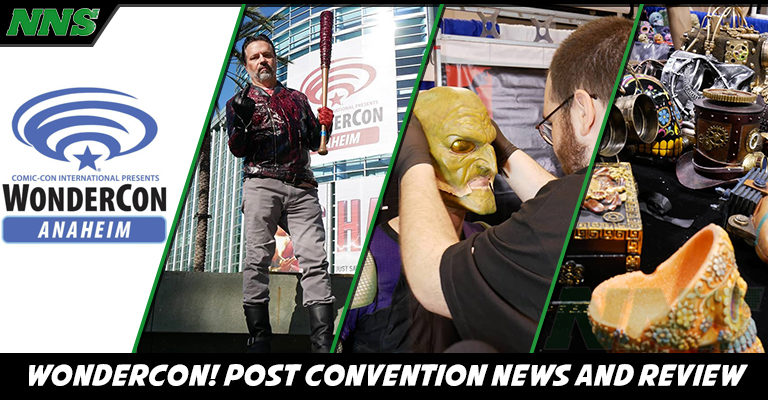 Another successful con in the books for the Nerd News Social crew! This past weekend we attended WonderCon in Anaheim, CA. WonderCon originally started in 1987 in Oakland Convention Center in Oakland, CA. In 2003 it moved to Moscone Center in San Francisco, CA. And then finally in 2012 made it to Anaheim where its been for the past 7 years because of a brief one year stint in the LA Convention Center in Los Angeles. WonderCon, like LA Comic Con (originally called Stan Lee’s Comikaze), is one of my favorite conventions because of how easy it to get to, the size of it is easy to do in a day, actually getting into a panel is doable in comparison to San Diego Comic Con where we have all heard the horror stories of getting into Hall H, there are really great artists there that you can walk up to and chat with, and also in comparison to San Diego Comic Con… you can actually walk through the halls without being squished and also be able to see and admire the cosplayers.

So we put on our badges that featured The Tick and followed various hoards of cosplayers towards the convention center. As soon as you get a glimpse of the convention center, its covered in all things Shazam due to the movie coming out this week. Right outside the convention is one of the iconic meetings spots for cosplayer photography, the giant water fountain. 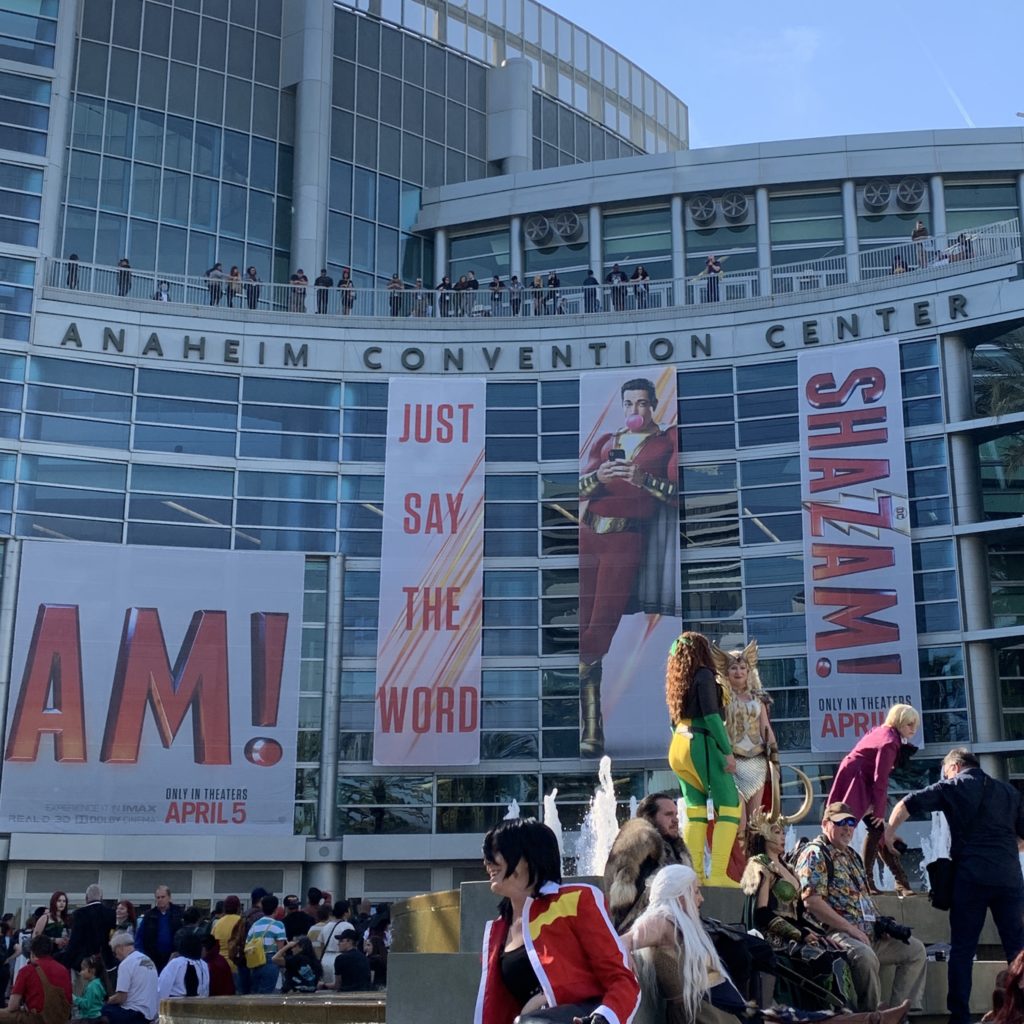 This was a special year at the convention because it is Batman’s 80th birthday in comics! I was really hoping to see more Batman promoted, there was a WonderCon shirt that had a special Batman graphic, and the Tim Burton Batmobile was there. But really not too much else that was seen. Unfortunate, since I’m such a fan and it’s such a milestone year, but that feeling subsided as soon as I got to see the wonders inside.

It was an easy badge tap and practically no line to walk into the convention hall (also way better than the at times super long lines of Comic Con San Diego) where I immediately saw BOOM! Studios comic booth. I am a fan of their comic Lumberjanes and as I walk up I am immediately in a great comic book conversation about The Avant-Guards which is now on my next to read list! A few more booths down and I see the Lady Mechanika booth (as you know we did an interview with the artist and creator Joe Benitez) and the writer M. M. Chen is there! So amazing to be able and directly talk with these creators.

Speaking of creators, we did two video interviews. One with the co creator of Exploding Kittens and another with the artist Ben Seto who has an wonderful comic book series about a girl who befriends a dead bunny. Be sure to keep an eye out for those video interviews coming up from the convention.

There is really so much that goes on that just can’t be put down in one article, such as numerous diverse panels below to name a few:

Other notable events, besides meeting the amazing artists I follow online, was seeing a giant She-Ra cosplay meet up! So much power! I was also able to catch a T-Rex battle and snapped a photo with the Tim Burton Batmobile, which in my opinion is the best Batmobile.

So about 14,289 steps later (roughly 6 miles), we completed the con and walked away with once again having so much inspiration for art, even more knowledge about comics, and the pleasure of knowing we helped support a community. WonderCon will be back again next year in the Anaheim Convention Center April 10th – 12th. What was your favorite thing about the convention? What do you want to know more about? Will you be going next year? Let us know in the comments.