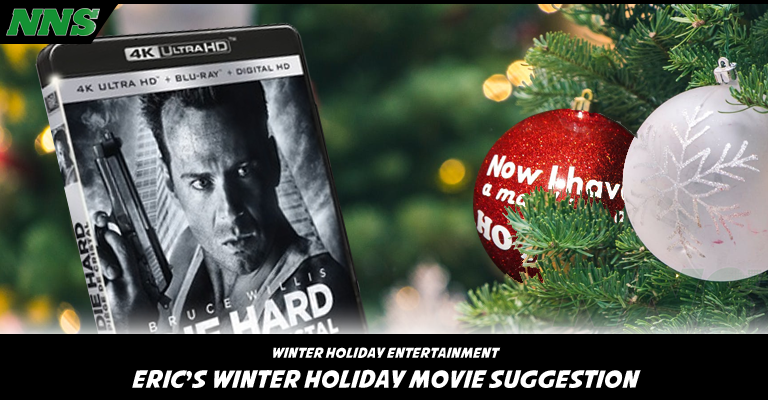 Holidays of the season like Christmas and Hanukkah are going to be hard to celebrate this year, and we can use all the help tp get in the mood. Movies do an amazing job bringing people into the spirit of goodwill toward all. There are bad Christmas films, good Christmas films, and films made by a specific network to just fill the hours of their broadcasting. So with so much content, how do people know what to watch? Well, that’s why I’m here.

So without additional fanfare, let’s delve into our list of suggested winter holiday films!

Elf (2003)
Rotten Tomatoes Reviewer Score – 84%
Why is elf at the top of this list? There are few films that distinctly are Christmas. While it’s a more modern film to be considered a classic, the film clearly is a modern classic. With the incredibly sweet and charming message, thanks to Will Ferrell, this film stands out as a great way to get yourself in the mood for the holiday season.

Scrooged (1988)
Rotten Tomatoes Reviewer Score – 71%
This is actually our favorite rendition of the Christmas Carol story. A lot of people lean more towards the Muppets version, but Bill Murrey not only kills it as being a jerk you want to hate, with just enough charisma to be hoping he can turn it around. Also, Bobcat’s insane performance in the film stands out. Such an iconic movie in my household for the holidays. This movie is more for the adults in the room, as to much might go over the little one’s heads.

Tim Burton’s The Nightmare Before Christmas (1993)
Rotten Tomatoes Reviewer Score – 95%
This is a Halloween movie and a Christmas movie. It’s two for the price of one. The music, the story, the characters, all iconic, all loved around the world. If Disneyland was open people would be rushing to ride the modified Haunted Mansion from October through December. This is also a fun watch for the kids as well.
Stream this movie for free on:

Gremlins (1984)
Rotten Tomatoes Reviewer Score – 85%
People like to gatekeep what movies qualify as Christmas films, but in our book Gremlins definitely qualify. Gizmo, after all, is a Christmas gift from a father to his son, and the winter aesthetics and stories of the other characters do spread throughout the film. This is another film to maybe keep away from the kids. The story about the love interests father’s death alone makes this not a kids film for the holiday.

Santa Claus: The Movie (1985)
Rotten Tomates Reviewer Score – 20%
This story starts off early in the lore of the holiday, and shows not only how Santa got his start, but showcases so much of the world of the North Pole. Dudley Moore’s presentation of a loveable but difficult elf trying to find his way in the world plays well off of John Lithgow’s soulless corporate stooge trying to make as much money off of the holiday as possible. Great for the whole family!

How The Grinch Stole Christmas (2000)
Rotten Tomatoes Reviewer Score – 49%
They released an animated film before this, and an animated film after this, but in our opinion, the additional lore to the character in this film really makes this film even more than it was in book form. The message is stronger, and the fun is off the hook as Jim Carrey literally becomes the Grinch. Fun for the whole family!
Stream this movie for free on:

The Santa Clause (1994) & The Series
Rotten Tomatoes Reviewer Score – 71%
Tim Allen hasn’t always been the cleanest family-focused comedian in the world, but the Santa Claus franchise is a Disney classic that holds families of all ages. It has humor for the parents and a heartwarming tale that is interesting for the children. The movies do get worse and worse though as the series continues.
Stream this movie for free on:

Fred Claus (2007)
Rotten Tomatoes Reviewer Score – 21%
Vince Vaughn has played a lot of people over the years, and in various fields, but nothing as heartfelt and sweet as playing Fred Klaus. This movie looks stupid at first glance, but for anyone with siblings, this film hits close to home. Showcasing how difficult family can be, and how important it is. If you are looking for a more cynical holiday movie that finishes sweet and strong, this is a great option.

Krampus (2015)
Rotten Tomatoes Reviewer Score – 66%
I know this is a horror film, and definitely not for the younger children, this film delves into the Germanic lore of Krampus, the creature that punishes the bad boys and girls during the holidays. The character is very interesting and quite important in parts of Europe. If you are looking for a dark tale, and are a fan of Adam Scott, then I definitely recommend checking out this dark comedy horror film for the holidays.

Happiest Season (2020)
Rotten Tomatoes Score – 87%
Not a classic film, and not your traditional holiday film, this one features a lot of pro LGBT themes and is a well-welcomed addition to the slot of holiday films. We actually got a chance to “Conner’s Critique” the film, (which can be found Here). If you are looking for something new, fun, and at times frustrating in a good way, then this film will be a good addition to your holiday watch list.
Stream this movie for free on:

Bad Santa (2003) & The Sequel
Rotten Tomatoes Reviewer Score – 79%
Another film not for the children, but great for the Grinchs and Scrooges in your life. This movie focuses on a drunk do nothing mall Santa, played by Billy Bob Thornton, who gets more then he bargained for when he picks up his last con to rob a mall on Christmas. Lots of fun, and very inappropriate.

National Lampoon’s Christmas Vacation (1989)
Rotten Tomatoes Reviewer Score – 68%
This is definitely the classic comedy Christmas film. From showcasing the art of dueling Christmas lights, the frustration from not being appreciated at work during the holidays, and the frustration of spending the holiday with your extended family and inlaws. This film hits them all with the comedy touch of Chevy Chase as the father and king of the household pushed to far.

A Christmas Story (1983)
Rotten Tomatoes Reviewer Score – 89%
Ralphie only wants one thin for the holiday, but no one wants him to hurt himself. This slice of 1980s Americana is viewed by many as the epitome of a Christmas film. If you like older comedies, and over the top child endangerment, then this is the film for you. Frankly, it’s a little lower on this list because it is very dated.

8 Crazy Nights (2002)
Rotten Tomatoes Reviewer Score – 12%
There aren’t a lot of Hanukkah films in the world, but Adam Sandler in our opinion delivers an animated movie about a man who lost everything and became the Jewish equivalent of a Scrooge. After he pushes his hate too far, his actions force him to repay his community, and in doing so he finds out that he isn’t so alone in the world.

Die Hard (1988) & The Sequel
Rotten Tomatoes Reviewer Score – 94%
Anyone who says that this is not a Christmas movie literally is blind to the film, or just a hater. The story is not for children as it is a Christmas Action film, but is a great film for adults. Bruce Willis plays a father and husband who has lost his family due to refusing to adapt to circumstances. In an effort to repair the divide he travels across the country to spend the evening with his wife at her company Christmas party, with the hope of rekindling their relationship. Unfortunately, a thief and terrorist decide to also use the party to stage an intricate heist.

Edward Scissorhands (1990)
Rotten Tomatoes Reviewer Score – 90%
If Edward Scissorhands is a Christmas film, then so is Die Hard! This Tim Burton film is about a boy, played by Johnny Depp, who is created, but before his scissor hands can be replaced with real hands, his creator suffers a heart attack. Left alone, he hides away in the attic of the home until a friendly door to door saleswomen rescues him and brings him into her home. This at the same time that her daughter is coming back to town for the holidays.

A Very Harold & Kumar Christmas (2011)
Rotten Tomatoes Reviewer Score – 68%
Harold & Kumar is a fun comedy film series, not too unlike the Bad Santa series, but this specific sequel focuses around the Holiday, and the two characters repairing their falling out for the holiday seasons, while Harold tries desperately to make a good impression on his wife’s family. Recommend for adults only.

Batman Returns (1992)
Rotten Tomatoes Reviewer Score – 80%
This is a Christmas film. Fight me. Taking place during the holidays, the winter themes, present concept, and even a Christmas tree lighting makes it clear that this is a great holiday film, especially for those who love Batman. This is literally one of the best Batman films, and the fact that it can help you get in the mood for the season is very fitting!

The Ref (1994)
Rotten Tomatoes Reviewer Score – 72%
This is not a movie for the kids, as a burglar is forced to hold a family hostage. As he tries to make it through the holiday until he can get away free, he did not expect the baggage that this family is holding on to. Forced to be a referee to a dysfunctional family on one of the most frustrating and difficult of all holidays, Christmas Eve.