Assassin’s Creed III Remastered
Assassin’s Creed III Liberation is back, including the original game, and the solo Downloadable Content, The Tyranny of King Washington. One of the cool features of the remaster is enhanced graphics, bring the game to 4K resolution on PS4 Pro and Xbox One X. All the character and environments have been upgraded, but so have the gameplay. For switch users, touch screen was added to the console. 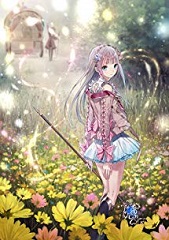 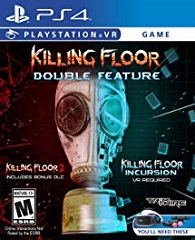 Killing Floor: Double Feature
The downloadable VR game, Killing Floor, is back, as a physical release. Included with the game is additional Dowloadable Content playable characters. Kill large quantities of the undead, or PVP with friends in 12 player maps. Players can also 2-player co-op against A.I. enemies. The game promises additional content every season.

Resident Evil Origins Collection
Releasing on the switch, return to origins, and revisit the infamous mansion. Play in the classic settings, or modern play. Of of the unique features is, once you complete Resident Evil 0 as Albert Wesker, you will be able to play as him, with his Uroboros abilities throughout the whole series. Game breaking. This is a no brainer folks.

Broken Sword V
Mysteries and puzzles abound as Broken Sword V takes you throughout the world. Can you solve the puzzles in this full HD, for the first time for the series. The game also boasts it’s traditionally beautifully gorgeous hand drawn world.

This War of Mine – Complete Edition
It’s your shelter, your survivors. You decide what to do, what you need to do to survive. In a randomized world, every decision is important. Re-releasing for Switch for the first time, this edition included the Downloadable Content: “The Little Ones” and “Father’s Promise”.