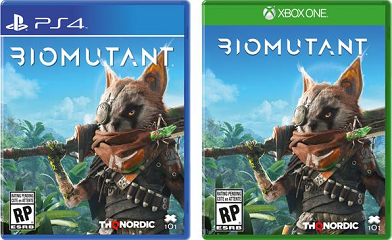 Biomutant by THQ Nordic
Swedish developer Experiment 101 brings us this intriguing action RPG that features elements of kung-fu, graphics and design that somehow remind me of Trigun, and the all-too familiar post-apocalyptic world setting with the twist of animorphic mutations! You play as what looks like an adorable trash panda, but is actually a super deadly samurai-type kinda fox creature as he runs around in this open world in an attempt to stop the plague and restore the Tree of Life to its former glory. In this game, you have the option to do harm or good, change your genetic structure, alter your looks and abilities, and craft weapons and gear to your specifications. This game seems completely customizable, which is amazing for people who spend way too much time making their Sims looks exactly like they do. Combat is a mixture of martial arts, mutant powers, and gunslinging, which leads to some truly beautiful fight scenes. The story’s ending is also open, so choose your actions carefully! 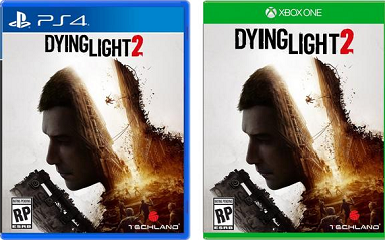 Dying Light 2 by Square Enix
Speaking of choosing actions carefully, Dying Light 2 offers factions and important decision making as well! Play as the infected Aiden Caldwell and watch the city come to life or rot away more with the choices you make in game. Be careful which faction you choose. Because you’re infected, you’re blessed with a sort of freedom to roam that not many others have available to them. You also have enhanced abilities, like strength and agility, that give you a combative edge in this brutal environment plagued with scavengers and bandits. Play with up to 4 friends, making the tough choices to either bring the city back from ruin or plunge it further into darkness.

Mario and Sonic at the Olympic Games: Tokyo 2020 by Sega of America
The Olympic Games take place in Tokyo next year, and now we can celebrate with Mario and Sonic! This is the 6th installment of the crossover event that is Mario and Sonic coming together to show those ancient Greeks what a real sports look like. Giant sassy hedgehogs up against twin plumbers. Play as your favorite characters as you compete in over 30 new sports games. Sports include some all new options like archery, gymnastics, judo, boxing, and equestrian. Nintendo has also brought in some nostalgia for the older gamers, with 10 new 2D events! And don’t worry, this isn’t SSBM. Waluigi is still around!