Dead End Job by (Switch, PS4, Xbox One – Headup Games)
Dead End Job is a game about the life of the average worker. Or rather, about working in a soul-sucking monotonous career where your company’s only goal is to continue to make money by paying you virtually nothing and preventing you from advancing at all. No raises, no upward momentum, no joy. No, wait. That’s just my latest journal entry. This game is actually about ghost busting! Play as the aptly named human pun, Hector Plasm, mount your plasma blaster, and bust some ghosts haunting various buildings around the city. If you get good at murdering the murdered and killing the already dead, efficiently ridding restaurants and offices of ghastly spectral pests, maybe your bosses will promote you! Each level is procedurally generated, which means it’s different for each playthrough, and you can play co-op with a buddy on the same console as you try to save the literal soul of your recently-deceased ex-partner! This game looks like the cartoons from the 90s, with bright colors, crazy antics, and character designs that can be downright upsetting to look at sometimes. Get that ear off your neck!

Big Pharma by (PS4, Xbox One, Switch – Positech Games)
This logic-based sim game challenges you to cure diseases, with the small bonus of also making millions. Originally releasing in 2015, this game that shines a light on how large drug companies can view illness as being good for business, you’re placed right into the shoes of someone in that industry and now it’s your job to profit from the illness of others — I mean curing diseases and being humanistic. But watch out! If you’re too compassionate and don’t focus on the business aspect, rivals will put you under. You can’t save the world, one pathogen at a time, if you’re out of business, right? To succeed in this game, you need to figure out how to split your focus between helping others, developing new pharmaceuticals, and turning a profit, while considering things like overhead and production costs. 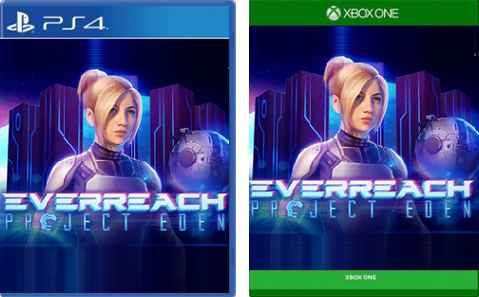 Everreach: Project Eden by (PS4, Xbox One – Headup Games)
This story-heavy scifi action RPG is set in the world of Eden and created by the writer of Mass Effect. Play as Nora Harwood, the Samus Aran-esque security officer of the colony of Everreach, on your mission to secure and spread the colonization of the planet. Couldn’t that just be easy? Never. Weird things have been interfering with the expansion, and it’s up to you to explore this alien environment to figure out what’s happening. This game features an array of vehicles and weapons, tactical combat, and numerous ways to level up and gain new skills. 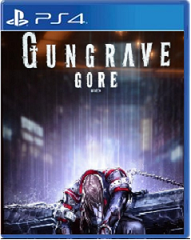 Gungrave GORE by (PS4 – Iggymob)
The return of the crazy, fast-paced, insane game based on the equally over-the-top anime of the same name boasts the extreme violence and epic destruction we all know and love from the previous game. Kill literally everything with intense and immersive combats using the twin handguns, Cerberus, and other abilities like the return of Full Break Action. A nice alteration to the game’s dynamics is the ability to roam around a little more. It’s got what’s referred to as a “half open world,” where you’re able to fight in various locations. 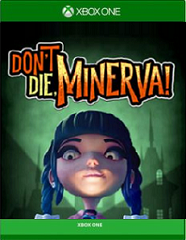 Don’t Die, Minerva! by (Xbox One – Xaviant)
This rogue-lite action RPG focuses on a little girl trying to escape a haunted house with her life, armed only with a flashlight and a backpack filled with toys for some reason. Why does an 11 year old girl have a backpack filled with toys and not books? Why is she wandering around the woods alone at night? Where are her parents? All great questions that probably won’t get answered, since it’s not that kind of game! It’s a cute dungeon crawler with a twist. With randomly generated rooms, loot, and enemies, you can guarantee this action-packed game stays replayable for a long time.