It’s been a while since the last movie, but you can still jump into the video game world of the new Jumanji series. Recover the jewels, online, split-screen, or alone against evil marauders as Dr. Bravestone, Ruby, Mouse, or Professor Oberon. Are you seeking to leave your world behind?

The Dark Pictures Anthology: House of Ashes by Bandai Namco

Another game in the “The Dark Pictures Anthology”, this stand-alone horror game, from a series of three, where your choices shape your journey. Play as CIA agent Rachel King, as she helps raid an underground chemical weapons facility. An earthquake though pulls everyone down to a buried Sumerian temple. Now enemies will have to work together to survive.

A turn-based RPG game with a mature and dark fantasy theme, Disciples: Liberation will task you with freeing the land of Nevendaar where any mistake can lead to a deadly end.

Take a heartrending journey that takes place through one of the darkest times as your guide orphans through plague-ridden France. If the rats don’t kill them, the Inquisition soldiers will. You have to avoid and use the rats for your survival. 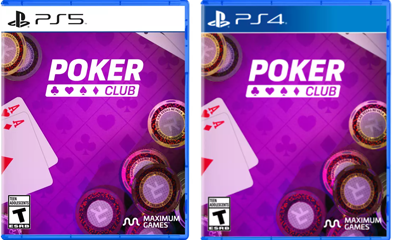 Want to pretend that you are a poker pro? Poker Club lets you simulate, in an immersive way, the experience of poker with an online community and over 10 Texas Hold’em tournament modes.

Do you get Peppa Pig? No one does. But you can make friends with her while exploring Peppa Pig’s world. 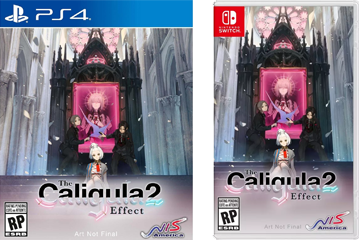 The Caligula Effect 2 by NIS America

Work within the Go-Home Club as you try to fight Regret, a virtuadoll who created this world to save people from their regrets. Sparked when their memories from the real world find them thanks to the works of X.