Return to the Monkey Ball series with this new game! Fight Dr. Bad-Boon from blowing up the Jungle Island, as you work with a team of monkeys: AiAi, MeeMee, GonGon, Baby, YanYan, and Doctor as you make your way through levels to steal back your bananas!

The fifth sequel to Far Cry, the sixth in the line really shows how massive the game has become as you travel around this open-world first-person shooter. Adventure through Yara and fight against the dictator Anton Castillo and his son as a guerrilla agent named Dani Rojas trying to free your country.

Jump into the world of Agatha Christie as Microids produces their first Hercule Poirot game, The First Cases. A murder at a wedding where the guests are trapped in a snowstorm sets the location for quite the impressive mystery. Can you solve the case before the killer gets away?

If you are like me, you’ve been waiting 19 years for a great Metroid Game, we don’t talk about the 3D ones! Return into the shoes of Samus Aran in her badass armor in a new 2D game. Taking place after the story of Metroid Fusion, you’ll have to discover the secrets of ZDR and the mysterious transmission from the Galactic Federation. Expected to be true to the series many loved. 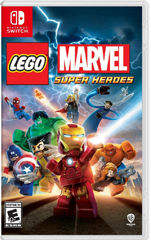 I loved this game on the Xbox when it first came out, and now the game is back for the Nintendo Switch. A great game for kids, and families to play together! Especially if you are a fan of the Marvel comics or movies!