Contra Rogue Corps by Konami
Contra is back… but it looks nothing like it used to. Now an over the top run and gun game, with body horror, violence, and panda soldiers, it’s hard to know what to expect. However the game does offer both single and multiplayer options.

FIFA 20 by EA Sports
What does FIFA 20 have to pull you back into the franchise, besides updated rosters? You can now curl, dip, or knuckle when trying to free kick, and also a new aiming mechanic. Strafe dribbling to control where you bring the ball. Be more aggressive and defensive with “Active Touch Tackling”. But the coolest thing is the rehaul on character dynamics, giving you a more natural and realistic enemy to fight, as you both move much smoother and realistic in game play.

Northgard by Shiro Games
Get your ancestry on, as vikings trying to take and conquer a new continent. Sprinkle in some World of Warcraft vibes, and Norse mythology, and you have a pretty fun game. 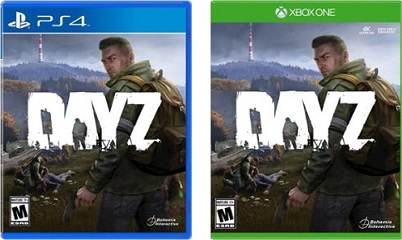 DayZ by Bohemia Interactive
Finally making it’s way to consoles, DayZ takes place in the post-soviet country, Chernarus, after a virus turns the population into zombies. Survive by hunting, looting, and crafting, before injuries and diseases, or other players take you out. This open world game allows up to 60 players to play at once, and dying makes you start over from scratch. 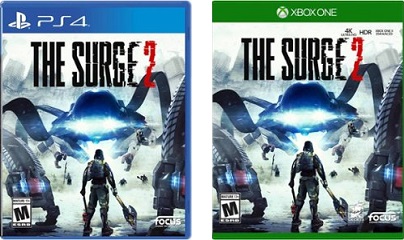 The Surge 2 by Focus Home Entertainment
Crashed down outside of Jerico City, and locked up in a detention facility, you’ll have to fight soldiers and robots to make it through. Featuring tons of equipment that will secure, strengthen, or help you take on your enemies.

Dead by Daylight: Definitive Edition by Behaviour Interactive
A multiplayer horror game where four people fight off one. Take control of 4 survivors, or one killer. The Definitive Edition also includes the DLC: (Shattered Bloodline, Curtain Call, Spark of Mmadness, Of Flesh And Mud, The 80S Suitcase, The Bloodstained Sack, and Headcase). 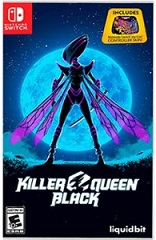 Killer Queen Black by Liquid Bit Games
Fight in a battalion of one queen and three subjects. Upgrade your squad with weapons and armor, before your enemies. Defeat your foes by collecting more food, killing the queens, or by riding a snail to your base. The more you win, the bigger your target, as cross platforming fighters from Switch to PC will join in to fight you!