The Quarry by 2K

A new horror video game joins the market from Until Dawn and Dark Pictures creators. In The Quarry, you play teenage counselors on the last night of summer camp. Can you make the hard choices to survive, or will you get left behind? 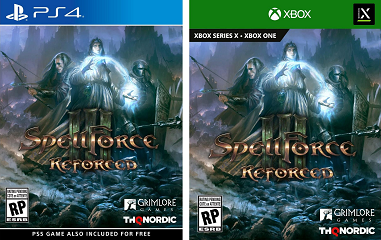 Play a real-time RPG game during a period of turmoil; After the mages were struck down by the Crown. Can you help prevent the “Bloodburn” plague, or will you fall to the mysterious disease?

Demon Slayer – Kimetsu no Yaiba – The Hinokami Chronicles by SEGA

Set in the world of Demon Slayer, where Tanjiro discovers his family slaughtered by a demon and his sister turned, he must become a demon slayer to get revenge and return his sister to humanity. This arena fighting game lets players relive moments from Demon Slayer – Kimetsu no Yaiba. Now finally on Switch!

Soccer in the Mushroom Kingdom! Play 5-on-5 in a world of soccer, without the rules! Use Hyper Strikes to get the edge while taking over your favorite Mario characters!