My Hero One’s Justice 2 by Bandai Namco Entertainment America Inc.
Are you a fan of My Hero Academia, then why not play a game set within the Anime’s same world. My Hero One’s Justice 2 returns to the prior game, while also focusing on the anime world. Choose as up to 40 playable characters, building up your plus ultra meter in the memorable scenes from the show! 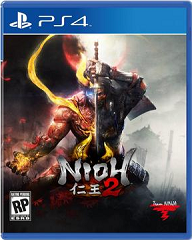 Nioh 2 by Sony
Pick up in the world of Nioh, as you start in 1555 feudal Japan, as you lethally master the art of the samurai. Fight through the Dark Realm as the mute yokai hunter. In this version of the game they have revamped the combat system and added new weapons and skills. Additionally, you can play with your friends in co-op online play with up to three players.

Dead or School by Studio Nanafushi
Hisako has lived her life underground, as Tokyo, and the world above are infested with Zombies. Now Hisako must venture to the surface, and will have to fight countless undead, as she gains weapons, and gear becoming a more and more powerful fighter! 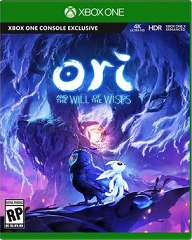 Ori and the Will of the Wisps by Microsoft
The long-awaited platform-adventure title is finally here! With gameplay reminiscent of Metroid and Castlevania, this side-scrolling sequel to Ori and the Blind Forest offers new puzzles, new areas, new scary enemies, and all with the same ethereal look and feel we remember from the previous game. Discover Ori’s true destiny as you guide him along his epic quest through this huge exotic world that lies beyond Nibel’s forests.