The Dark Crystal: Age of Resistance Tactics by En Masse Entertainment
This isn’t just another “play the movie” game! A battle-strategy game based on Jim Henson’s fantasy movie from the 80s, you play as a Gelfling in a war against the Skeksis. It’s a really cute take on a familiar concept, reminiscent of Command and Conquer. With 14 playable characters and the ability to recruit allies, you’ll have fun controlling your units on the battlefield, using tactics and deception to get a leg-up on the enemy. Prevent the Skeksis from enthralling your Gelfling kin and save Thra from their corrupt rule! 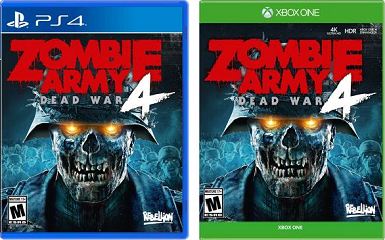 Zombie Army 4: Dead War by Rebellion Interactive Limited
Save the world from the zombie apocalypse in this truly chilling addition to the Zombie Army series. Set in 1940s Europe, during the time of World War II, see what happens in the aftermath of killing Zombie Hitler in this terrifying new campaign. Beat back the hoardes of the damned either alone or with up to 3 friends, heading to previously unexplored areas (like an undead zoo!) all across Europe. Uncover this new sinister plan and thwart it before it’s too late!