Mega Man Zero/ZX Legacy Collection by Capcom
The classic Mega Man games are returning with upgraded graphics and a bunch of new features with this collection of all four Mega Man Zero games, Mega Man ZX, and Mega Man ZX Advent. Enjoy the black to the past with classic platforming, upgradable skills, weapons, EX abilities, and cyber enhancements. New features include a competitive rush mode, a save-assist that allows you to go back to the last checkpoint without losing a life, and a nice casual mode for newer players to get a grip on the basics. 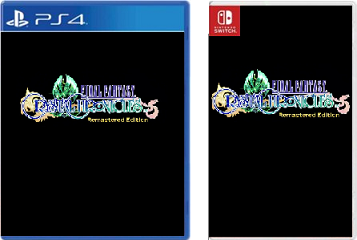 Final Fantasy Crystal Chronicles Remastered by Square Enix
Fifteen years ago, Square Enix created this cute and incredibly puzzling RPG where you had to collect myrrh to revive the crystal that protected the world from the deadly miasma just itching to eek in and wreck everything. Join your friends on the caravan around the world to fight the baddies, get your goo, and keep the gas from killing all life. The remastered version boasts additional gameplay, features, dungeons, and tons more!

PS4 and Xbox One

Moons of Madness by Funcom
Who has sixteen tentacles and loves Lovecraft? THIS GAL! It’s space. The red planet is sending out creepy signals. But from who! I dunno! No one does! And it’s too weird to tell the general public, because it’s the government and they keep secrets. Where did my tin foil hat go? So the government decided to start up this super secret project to figure out the origin of the message from Mars. Enter you. Shane Newehart. Space technician. You’re out here, but your clearance keeps you in the dark about this signal. You’re just the guy keeping the lights on for when the real heroes arrive. Soon, your stuff starts to malfunction without any discernible reason, and in really unusual ways. To make things worse, your solitude is causing hallucinations — or are they? This game is an immersive look at a man’s descent into madness and paranoia, drawing on real-world experiences that are caused by prolonged isolation, as you attempt to solve puzzles and navigate your surroundings despite these setbacks. 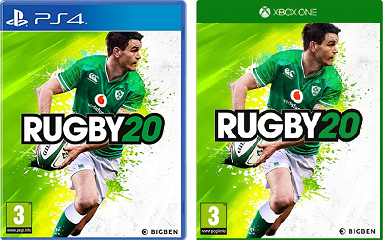 Rugby 20 by Big Ben
This new Rugby title features amazing graphical updates, with motion-captured animations and redesigned player models. Create your own styles and impose your own tactics in single or multiplayer campaigns that you can play locally or online. This game claims to be the most immersive rugby title yet, allowing players to recreate all the intricacies of a real rugby match. Try it out in the beta when you pre-order and gain the edge you need to beat the rest of the world!