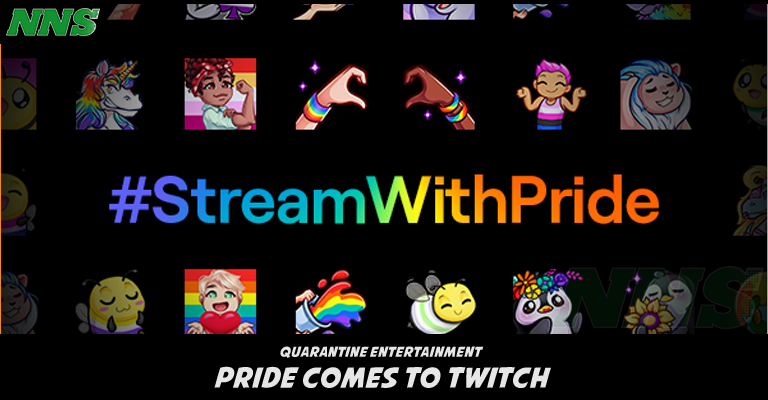 Pride is a festival that usually is celebrated from June through July, but with the Pandemic, most cities and organizers have canceled the parades and festivals in hopes of keeping the general public safe and healthy.

This is incredibly sad, as this festival is a highlight for a lot of people’s years. People who are normally not allowed to be outwardly and celebratory in a lot of close-minded societies.

Twitch, however, wants to bring some celebration to their site though, in hopes that some of the festivities can bring people to their site, and help people on the site show their support for the LGBT+.

How are they doing that? With Emotes!

No really, if you subscribe, gift a sub, cheer 300 bits, you will earn and unlock Pride-themed emotes. Like other emote themed holiday systems, you’re gaining an emote will unlock emotes for other users as well.

It’s important to know that it’s not just emotes though, they are also donating $0.10 to The Trevor Project for every Sub or Cheer of 300 Bits.

They have capped their donation total to $300,000 though.

I will comment though that of the $2.50 they make on the subs, they are giving $0.10 cents, about 4%. Of the 300 bit donations, they are making around $3.00 for the $0.10 they donate, which is about 3.33%. If you want to make a bigger impact, you might be interested in making a donation directly to The Trevor Project. Another option is that if you host your own fundraiser on twitch with Tiltify. If you raise at least $500 in your fundraiser, you’ll earn a “Play for Pride” t-shirt to showcase your work, and support for the community.

Hopefully, you too can help out in this trying time.