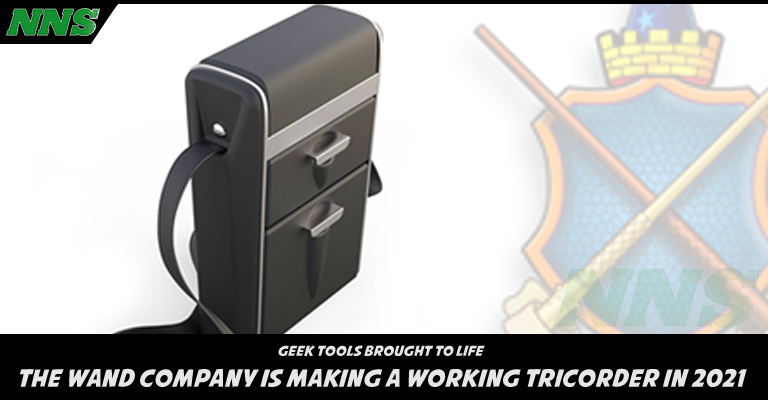 The Wand Company has made some amazing products in the past. They have invented the Kymera Wand that can control your TV, a recration of the Pip Boy 3000, a bluetooth communicator that connects to your phone to allow you to feel like your very own Star Trek away crew.

On the back of the Star Trek communicator, The Wand Company has just announced its Original Series Tricorder.

Based of the actual prop from the original series, this tricorder isn’t just a toy that looks like the item from the series, it actually services the same purpose as the one on the show.

The item will be available in the summer of 2021 for the price of $250.00 (USD), and priority of the deliveries will go out to the people who pre-order directly from The Wand Company.

This is the most complex item that they have ever had to produce, and for those reasons, it is one of the most expensive products that they make. However when considering all the things this tool can do, it makes sense, and it’s unfair to call it a toy.

This device will be able to do these specific things: