Your Pretty Face Is Going To Hell (YPFIGTH)

Thanks to it’s return, Adult Swim let us sit down and talk to the main actor Henry Zebrowski. This being our second interview we have done with him, it allowed us to really get into some fun and interesting areas. Included in this post I include the audio, as well as a transcript so that people interested in reading or listening have the choice. 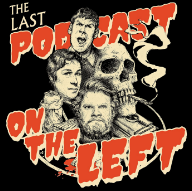 For those interested you can check out “Last Podcast on the Left” Here. I highly recommend giving it a listen!