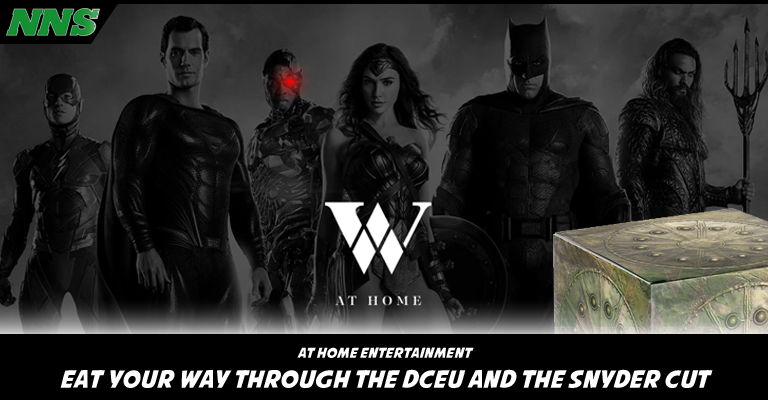 People have clamored for years, begging, demanding, and even threatening for the release of Zack Snyder’s cut of the DCEU film, Justice League. Last year their dreams and prayers were answered when it was announced that the film would finally see the light of day as an HBO Max exclusive.

Now the dream they never asked for is going to be answered as well!

You can eat your own DCEU meal, from your very own Mother Box thanks to the team behind Park Row restaurant in London. They’ve created the Wonderland At Home make at home meal experience. While the organization is located in the UK, the limited-edition “Mother Box meals” will be available in the USA as well as the UK.

While the complete contents and details of what’s inside the “Mother” box, these are some of the things that have been confirmed:

So what are you waiting for, pre-order your box for delivery between April through May Here for $130 a “Mother” box! (Feeds two and does not include shipping or taxes.)