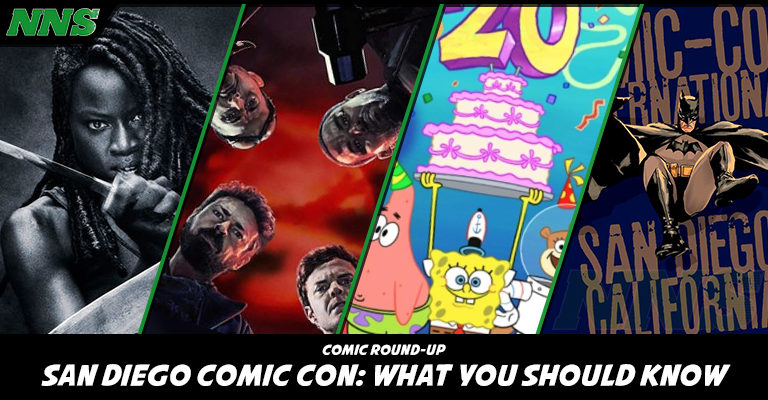 By the time you read this, Nerd News Social will already be at San Diego Comic Con. That’s right, we are kicking it off with Wednesday Preview Night! Preview night sold out in an amazing 1 hour this year! So we are very much ready to hit the ground running to get you the latest news and cover the most action for the full length of the convention, and with our powers combined, we will be giving you the most media coverage of the event from every nerd perspective!

So, before you do anything… follow our social networks for the most up to the moment photos and news because we have a slew of media events and parties scheduled!

This year marks the 50th anniversary of Comic Con which makes it an extra special year! Each media event we cover will be in a detailed post in our social networks through the coming days, but since this is my article, these are the very bias events that I’m looking forward to this year. Lots of things will be going on, this is just a few of my favorites of note so far. You can check out our NNS team podcast about Comic Con HERE. As for exclusives, you can check out our article all about it HERE. 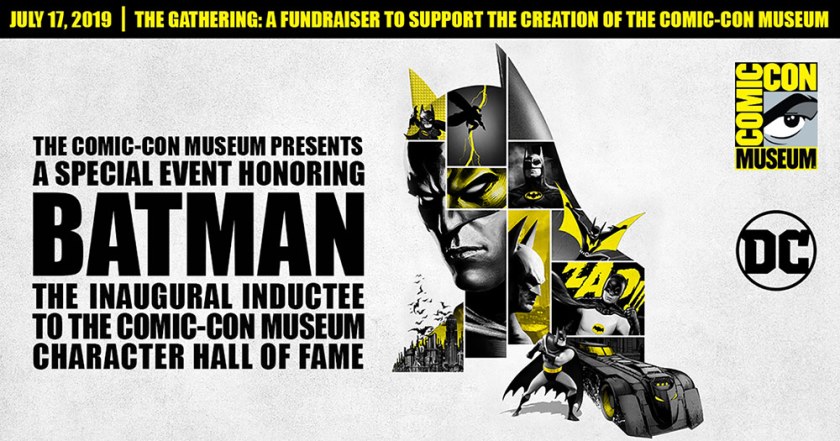 Yes, Batman has his own section here, it’s my article, I do what I want. But there is a reason, it’s actually The Bat’s 80th anniversary! So he will be on the official Comic Con 2019 shirts this year designed by Mitch Gerads. Batman will also be the first character added into the Comic-Con Hall of Fame in Balboa Park during the convention. 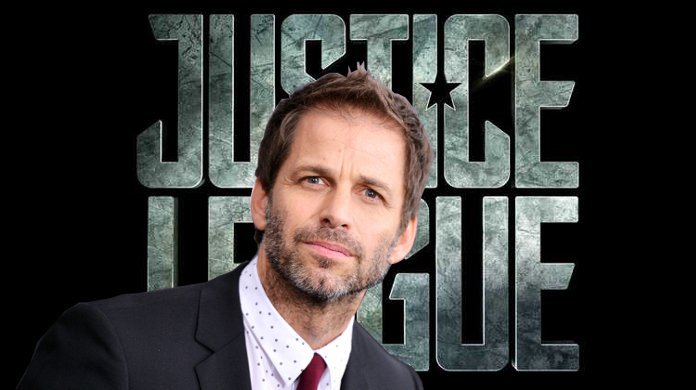 Speaking of Batman… DC Fans Have Raised Over $10k to promote releasing the Justice League Snyder cut at Comic-Con. The project initially planned to have people carry #ReleaseTheSnyderCut signs inside the convention center, to hand out “educational fliers” about the Snyder Cut and its cause, and to pass out “swag” to convention attendees. Now, with $11,000 in funding and counting, those plans include an airborne banner and a billboard. This kind of thing has never happened before! More news about it here: https://www.gofundme.com/ReleaseTheSnyderCut 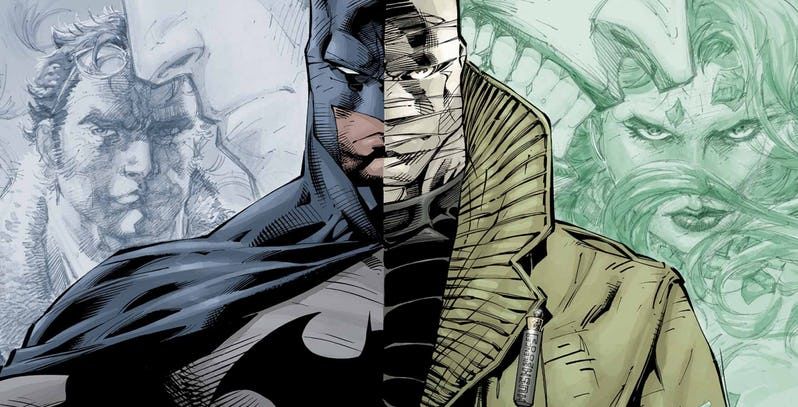 How about more Batman news? This year, Warner Bros. and DC will be premiering multiple films, including Batman: Hush, Teen Titans GO! vs. Teen Titans and a Shazam! Documentary. Hush the film is an animated adaptation of the comic book storyline by Jeph Loeb and current DC Co-Publisher Jim Lee. Teen Titans Go! Vs Teen Titans will feature the principal voice cast from both shows reprising their roles, with the addition of Rhys Darby as Master of Games, Sean Maher as Nightwing and “Weird Al” Yankovic as Gentleman Ghost and Darkseid. The Shazam! Documentary will be from his early years in 1939 to his recent film debut. It will feature DC comic creators such as Geoff Johns, Jerry Ordway, Tom Mandrake, Jeff Smith and Gerry Conway, as well as filmmaker/comic aficionado Kevin Smith and the cast and makers of 2019’s Shazam! Also, if you are staying at a hotel nearby, you will also be seeing hotel keycards featuring Batwoman and also Pennyworth (a new series about Bruce Wayne’s butler, Alfred Pennyworth). Plus the Batwoman pilot episode is said to be at the convention if you can manage to get into it.

Moving on from Batman…

This is said to be Danai Gurira’s (Michonne of The Walking Dead) last Comic Con for The Walking Dead! She’s my favorite character so I’m saddened to hear this. But there will be a large presence for their 10th season and of course another awesome Deadquarter’s event! Check out our article about it from last year HERE.

Get excited for The Witcher and Dark Crystal news! Limited info about this, more to come. 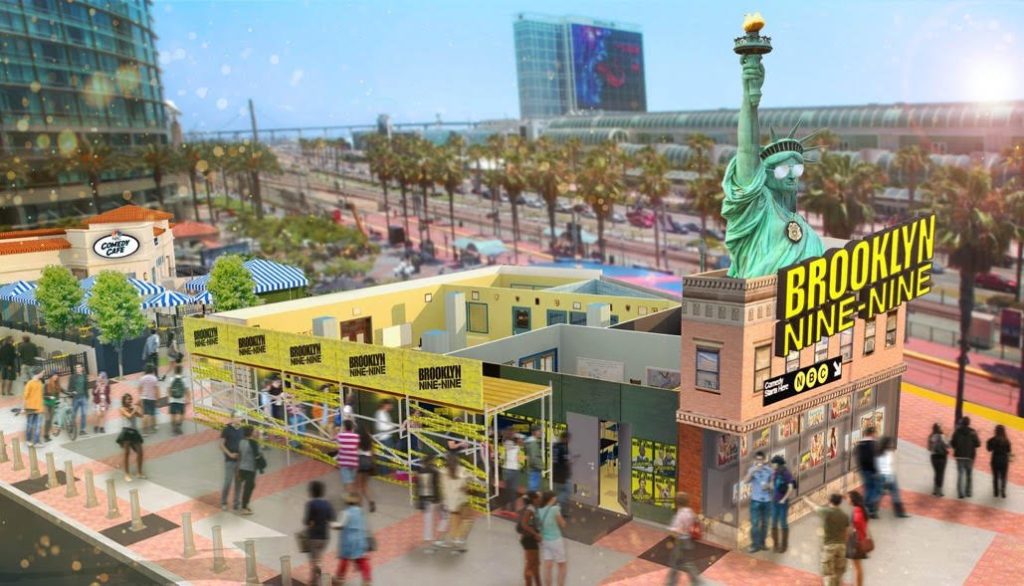 Brooklyn Nine-Nine cast will be there plus they will have a grand set up outside of the con! 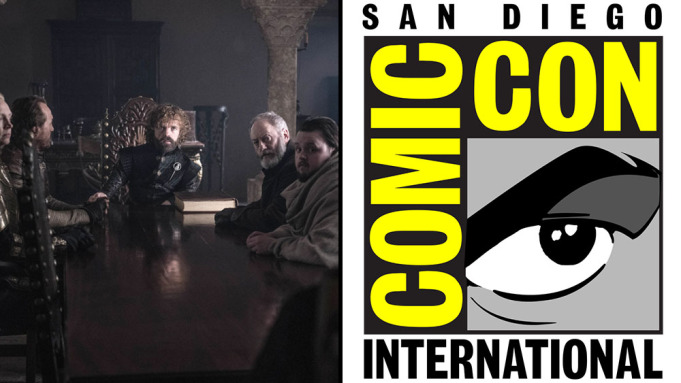 Show runners David Benioff and D.B. Weiss will attend Game of Thrones Hall H panel to answer questions and talk about the latest season, no word on what actors if any will be there. I’m sure there will be a lot of questions. 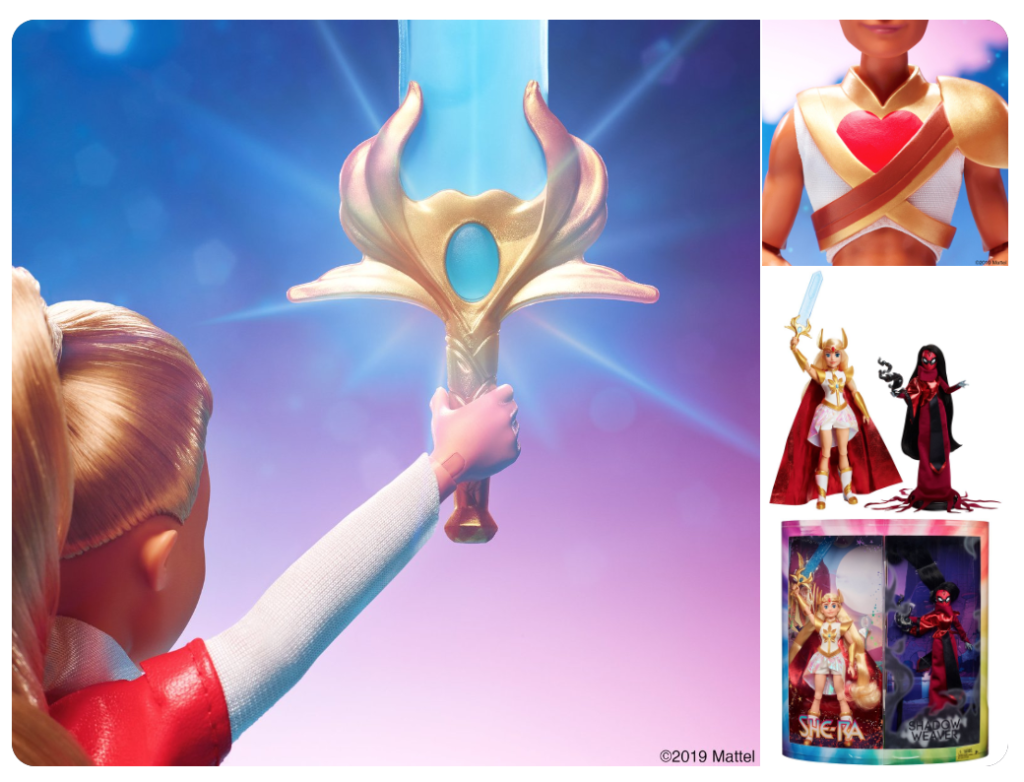 I wasn’t going to put exclusives here, but I just had to mention this one. Mattel is going to show a new line of She-Ra dolls for the first time in over 25 years at this year’s SDCC. These dolls will be based on the new Dreamworks/Netflix series. They have been teasing these dolls and unveiled an SDCC exclusive two-pack. They will also reveal a Hot Wheels Spider Machine G7 SDCC Exclusive and a JOHN HAMMOND SDCC Exclusive toy to name a few more. 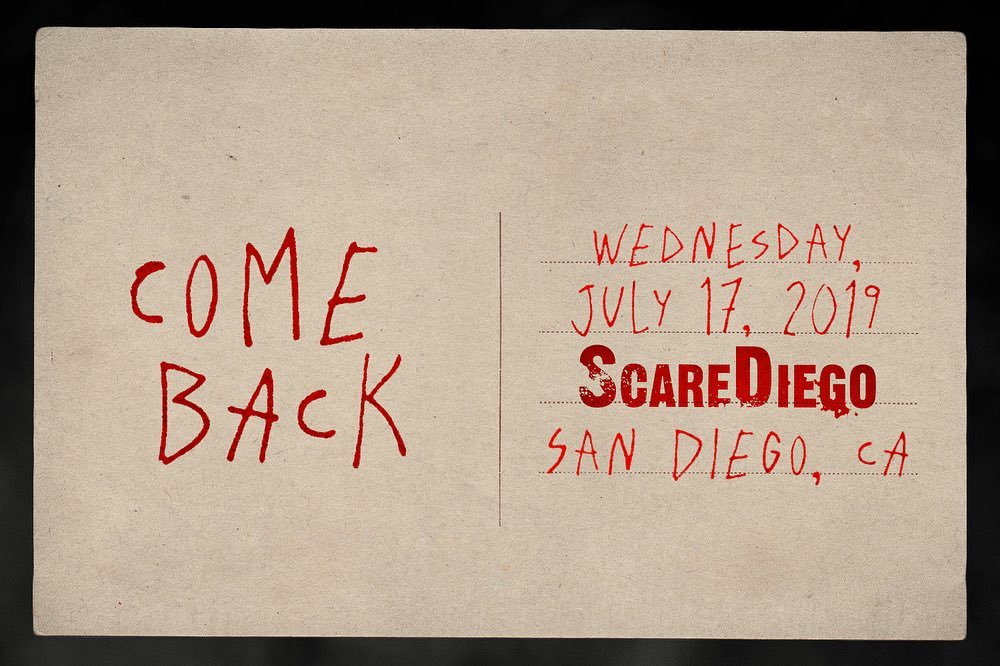 Only for preview night, Pennywise will return to SDCC on Wednesday, July 17th. We can expect that new footage from Chapter Two will be shown off at the event, possibly the first full first trailer. 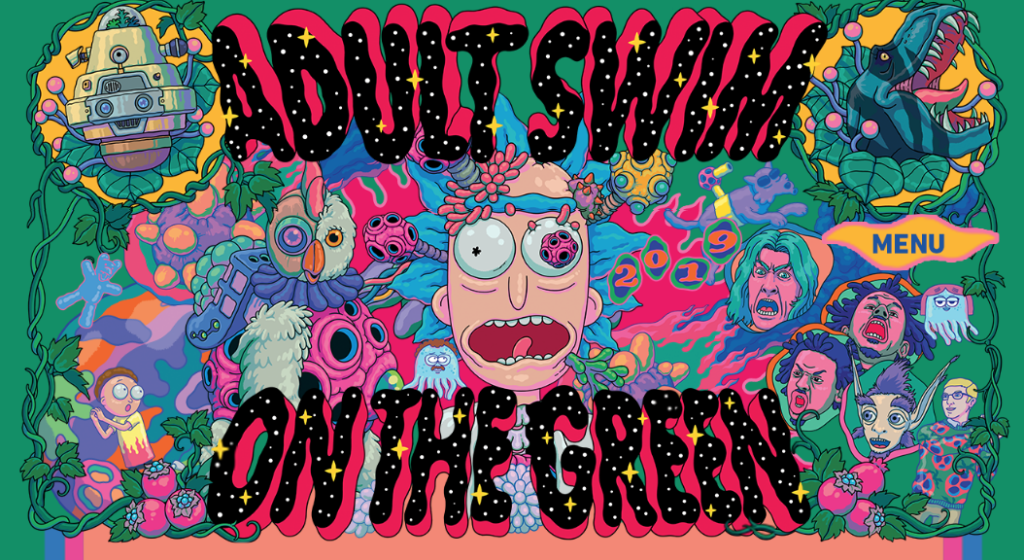 As per usual, they will have a large event outside of the con. There will be some ticketed events such as Genndy Tartakovsky’s (creator of Dexter’s Laboratory, Samurai Jack, and Star Wars: Clone Wars) Primal Time, Robot Chicken event and SO much more including swag!

Saturday they will have a Nerd Nite Party at the Hotel Solamar pool deck. Amazing view of the area which is filled with all kinds of nerds, drinks, and food. This year they will be celebrating the reimagined BRAIN GAMES with mind-bending illusions and games from the set! BRAIN GAMES, hosted by Keegan-Michael Key. 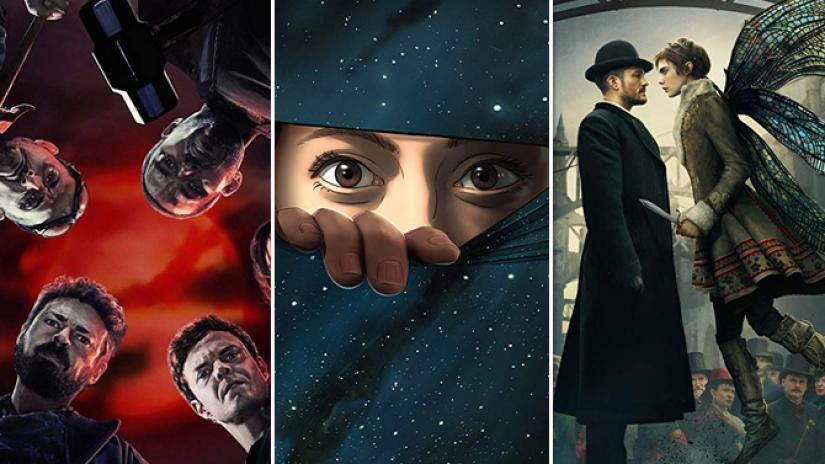 There will be multiple activation experiences for Expanse, The Boys (show based off Garth Ennis comic series who is the creator of Preacher), Carnival Row, Pikachu, and Shazam! I cannot wait to see what they have going on!

Supernatural will also be in Hall H for a farewell panel, I’m actually also sad about this. I haven seen every episode, lol. BUT feel free to cry and party along with the fans for the “Carry On My Wayward Cocktails” fan event! 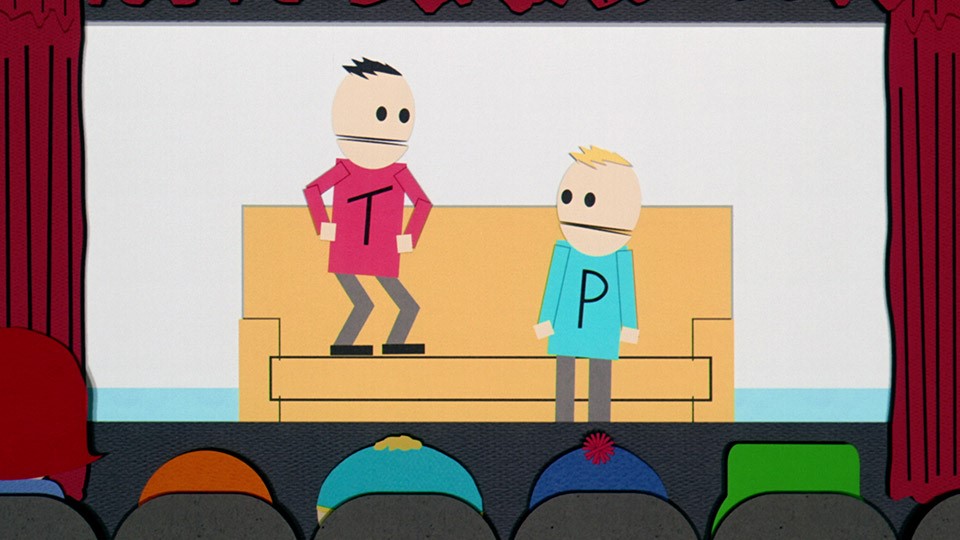 Last year South Park had a really fun and very well done escape room! This year there will be mini golf! 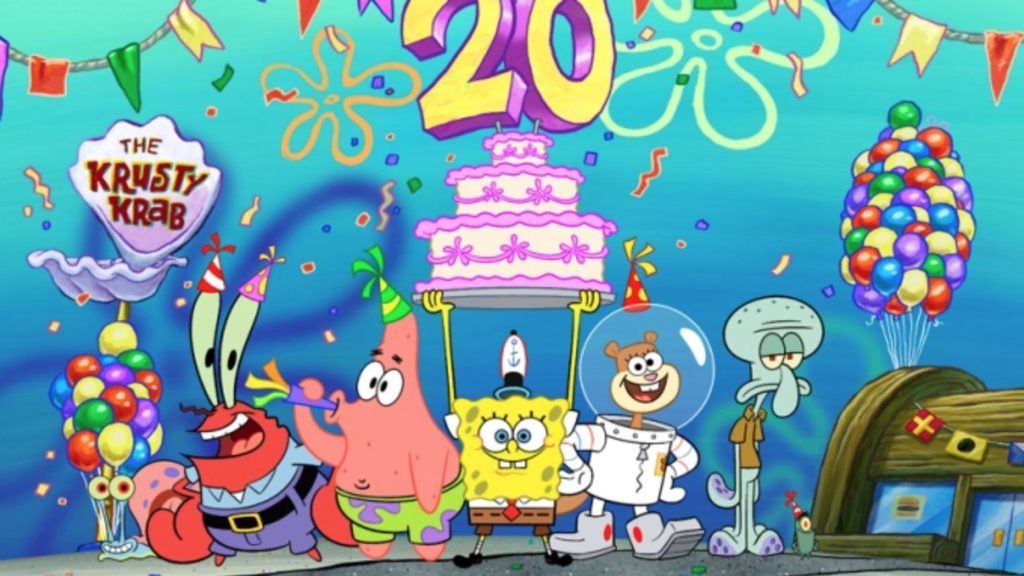 This article was just a sliver of what I am excited for. There are so many specific panels and booths that are too many to mention. But you can follow our social networks to find out what we hit up! Stay tuned!