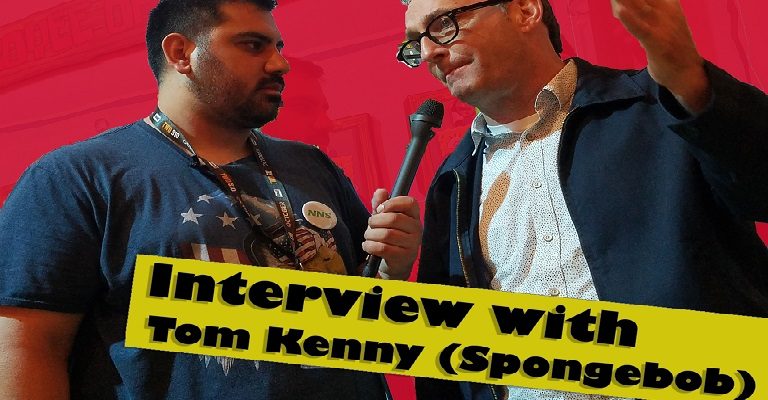 This year at San Diego Comic Con, Nickelodeon had the opportunity to expand their booth and make some awesome buildings. Part of their structures was “The Krusty Krab”, built in honor of the 20th anniversary of Spongebob.

During the convention, we had the pleasure of being able to interview the voice of Spongebob; Tom Kenny, himself!

Tom Kenny has worked on many of our favorite childhood cartoons including Powerpuff Girls (voicing the Mayor and Narrator), Rocko’s Modern Life (voicing Heffer Wolfe), CatDog (voicing Dog), and even in video games like Spyro The Dragon (voicing Spyro).

Spongebob was rumored to end early 2018, but it is still going strong with no signs of cancelling it. We should also celebrate and note that theire is a third addition of the Spongebob movie, The SpongeBob Movie: It’s a Wonderful Sponge coming May 22, 2020.

So with the Krustry Krab over our heads and Tom Kenny right next to us, we got to see what he thinks about Spongebob and how Tom came to live his childhood dream he had since he first saw cartoons as a child.