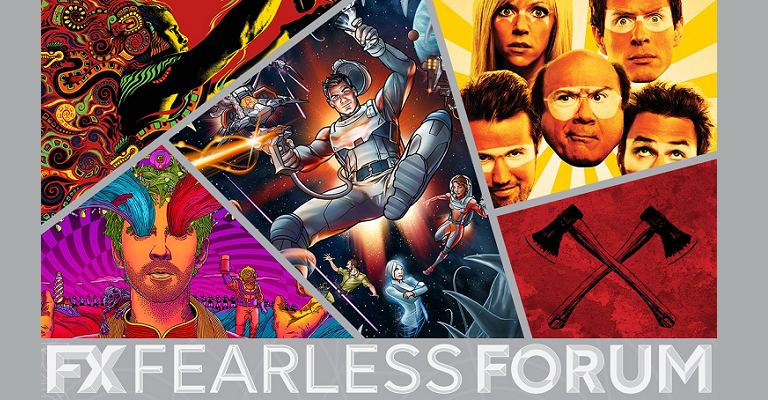 FX made some big moves this year at the con. Just like last year, they had fun activations right outside of the Hilton Bayfront Hotel. This year, FX focused on their primary shows; Mayans, Archer, American Horror Story 1984, It’s Always Sunny In Philadelphia, and What We Do In The Shadows. So let’s jump right in.

All activation were spread out and very unique to each show. Once you walk into the FX area, they register you, take a photo, and print out a unique ID of you which is scanned at each part of the activation. The first two things I would love to touch on is SWAG! They had a hat shop, which you lined up for and were able to choose a logo patch from any of the shows mentioned above to be ironed onto a hat. I went with the dual ax look of the American Horror Story because I loved the way it looked, but all logos were awesome looking! The other thing people lined up for was for free phone cases and decals for cellphones or laptops. They had phone cases for a variety of iPhone and Samsung Galaxy’s as well as decals for phones or larger ones for something like a laptop. After I checked those out I hit the activations. The lines are a bit long, but guests didn’t have to fret, because FX had, a giant screen showing off trailers for coming shows and movies on the FX network. 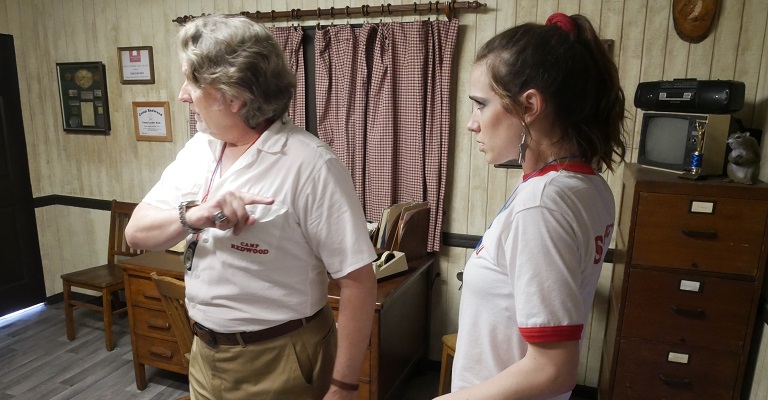 Of all the activations, American Horror Story was probably my favorite and the most popular activation for the forum. It was a guided haunted horror maze. I have to admit, I don’t scare easily, but this was pretty scary. You start by walking into a room where the camp leader greets you and introduces you as new camp counselor recruits. There’s banging against the walls and surprises everywhere. A camp counselor then barges in and explains that a counselor has gone missing, and that the others are worried. A radio goes off in the room and we hear the missing councilor warn the guests and told not to go into the forest. The camp leader rushes off and the lights go out. The remaining counselor tells the guests that they must get out of the room and find their way to the safe cabin, by venturing through the forest. The counselor then guides the guests through a dark and gloomy forest. Normally, we wouldn’t go any further to avoid spoilers, but since the convention is over, we will go futher. Eventually as you make your way through the forest, you find yourself caught in a car’s headlights, and greated by another counselor. More loud noises leads the counselor to the camp leaders hat, and a dead counselor. As you flee the scene, you finally find yourself in the safe cabin. Once in the missing counselor, jumps out of the closet. The counselor tells you that you need to find things in the room, and for a second guests believe they are in an escape room, but before anything can be found, a knife is stabbed through the walls and a shadow appears in the window. The counselor then forces the guests to hide in a closet, that turns into a Lion, Witch, and the Wardrobe moment, as the closet leads you to another room, where a chainsaw rips through, the lights go out, and a picture is taken of you in horror. Then the words “AHS 1984” appear on the wall. The photo is emailed to the guests, and some swag is given as a prize for surviving. Overall, a great haunted maze. 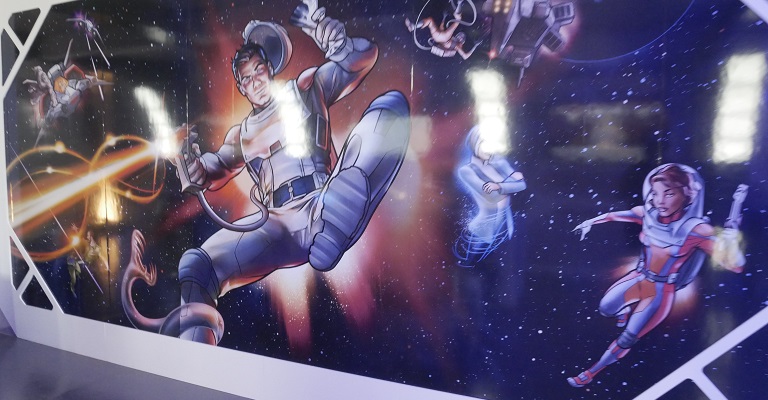 Next the Archer oxygen bar. The oxygen bar was very unique. Walking in, you are given instructions on how to put on an oxygen tube that sits into your nostrils. Once on, you have four different colored liquids in front of you with dials. Each dial turned releases a flavor you can taste and the best part is you can mix or match. After done at the bar, you can move on to play an Archer trivia game on a tablet to see if you are a true fan and master of Archer, which granted guests unique swag. 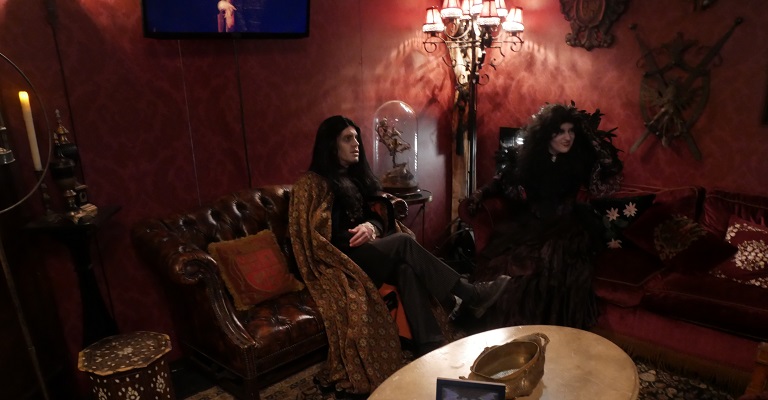 Another awesome setup was a What We Do In The Shadows lair which you can walk into. Within the lair, people could interact with actors pretending to be vampires, take multiple photo-ops, including a professionally run photo booth. They even gave out blood-sicles (raspberry Popsicle), and plastic fangs, so the vampires would think you belonged. It was air conditioned, and a nice escape from the muggly convention air. Fans of the show had the chance to run into Harvey Guillén, who plays Guillermo. He would frequent the lair throughout the convention, to give fans a chance to interact with him! 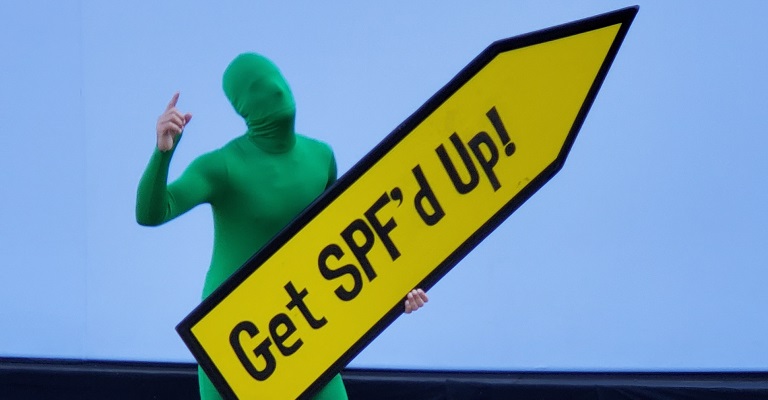 It’s Always Sunny in Philadelphia was back giving free water as usual, but also giving out free sunblock, which is a cool thing for them to do during the convention! 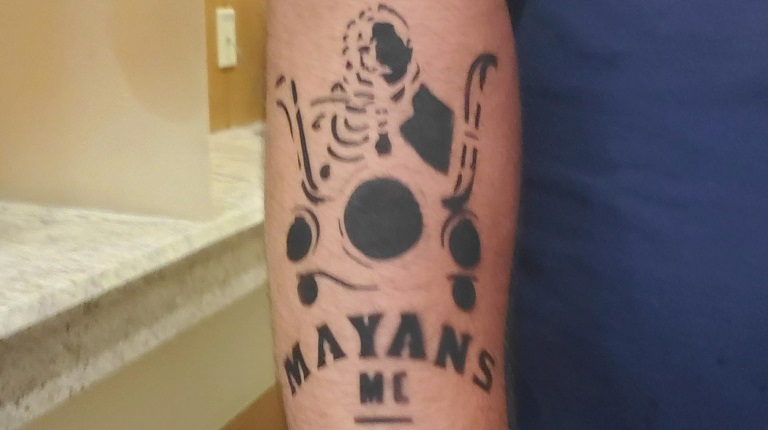 Lastly, there was the Mayans tattoo station. You were able to line up to receive an air brush tattoo from the show. Tattoos included anything from a Mayan on a motorcycle, to have just a word like “Outlaw” spelled out on you. If you asked nicely, they were able to combine some tattoo’s to make it even more official. After you’re done, there were also two motorcycles that you can take a photo by making you a true M.C.