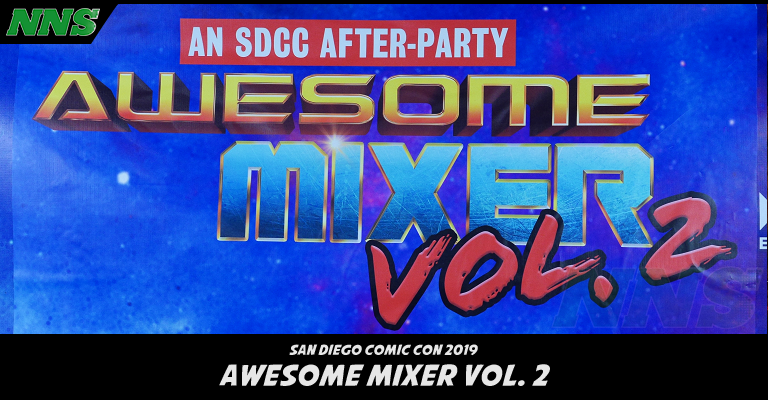 The last of three parties thrown by Nerdist, XLEVELENT, and CrunchyRoll at the Fluxx nightclub in downtown San Diego during the 50th Anniversary of the San Diego Comic Con. For the final party of the convention, they did not disappoint!

If you have followed us in the past, or are familiar with San Diego Comic Con in general, then you know that there are tons of parties to attend during the convention weekend.

I was able to cover the Awesome Mixer Vol. 2 Party, and it might very well have been the best and most exciting parties of them all. As you may have seen, Fluxx was hosting a series of parties, and
this party took place on Friday July 19. Doors opened at 8 PM and the venue just got more full as the hours passed.

To fit the Guardians theme, there were neon cassette tapes lights behind the bar, a standin