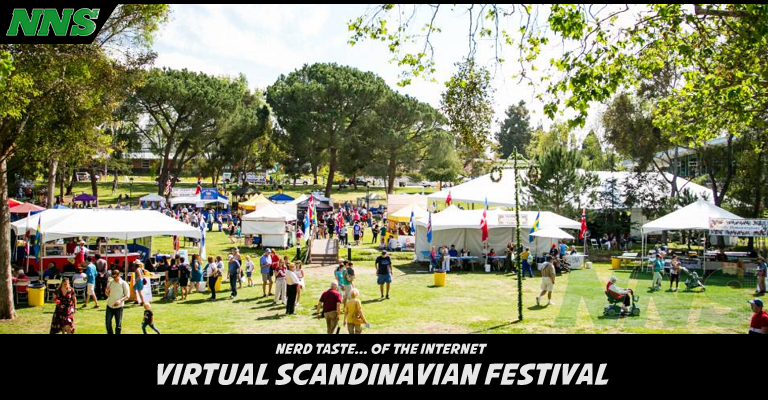 We were very heartbroken when we found out that the annual Scandinavian Festival was canceled this year, it was supposed to take place this weekend, but with great wisdom, they decided it was not safe to proceed forward with it just before the state started to force people to shut down their festivals.

This wasn’t the first time we had seen this since a clerical issue caused the fair to cancel years prior.

This fair though holds a special place in my heart, as I used to work in the Viking encampment more than 15 years prior.

However, the good people behind the festival could not allow their attendees to go a whole year without some of their homelands. It was with this in mind that the organizers decided that tomorrow Sunday, April 5, 2020 from 10:00 a.m. to 2:00 p.m. PST, will mark the Scandinavian Festival‘s first Virtual Festival.

A group of the festival performers, demonstrators, and participants have put together videos to share with you as if you were watching them at the festival live.

The people are limited, but in no way diminished, as these people will perform through the virtual festival:

Want to join in on the fun, follow the organizations on their Facebook and Instagam pages, and tune in tomorrow starting at 10:00 a.m. PST for the release of the videos throughout the morning.

While we will miss the live cooking demonstration, and samples… we are glad that we have something to enjoy this weekend.

We can’t wait until we can be there in person next year!