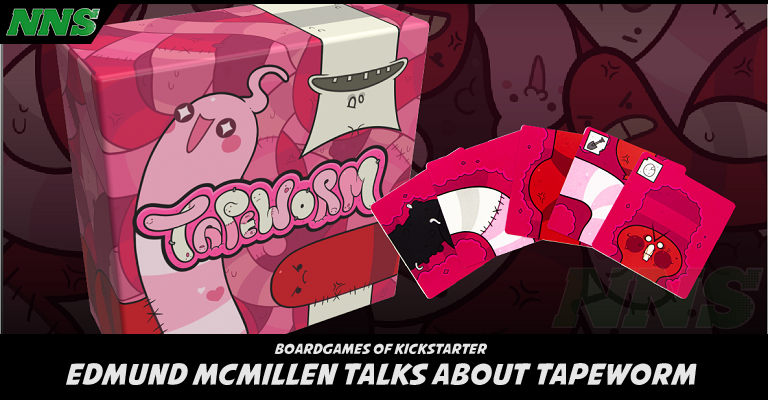 We are back once more to talk about a board game coming to Kickstarter.

If you are a fan of Binding of Isaac, or it’s creator Edmund McMillen, then you likely already knew about his Kickstarter for The Binding of Isaac: Four Souls, a rather successful Kickstarter that only asked for $50,000, but pulled in a total of $2,650,875.

But what is his new game? “Tapeworm” is not exactly like The Binding of Isaac: Four Souls. 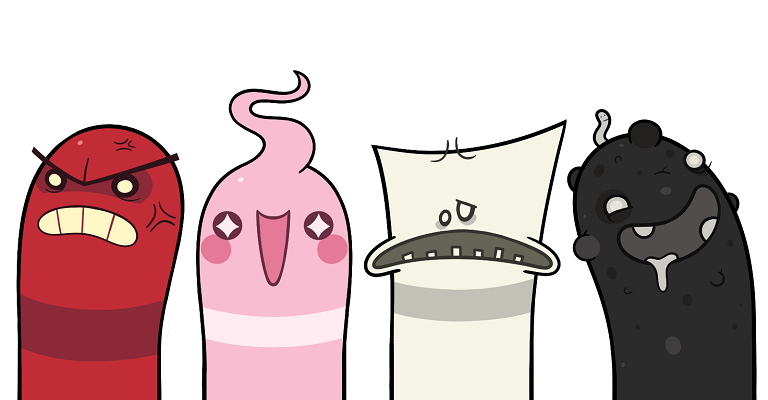 However if you came here looking for more of The Binding of Isaac: Four Souls to hold you over until the release of Edmund‘s continuation of the video game, then you will be happy to know that he is offering fans who back Tapeworm and are subscribed to his mailing list (with the same email connected to their Kickstarter) will get two promo foil cards for The Binding of Isaac: Four Souls.

If you are people who worry about the reliability of board games on Kickstarter and fret that this will be the case should be aware that Edmund McMillen partnered with Studio 71 Games again to make sure that their fans will get their product.

Studio 71 Games has produced The Binding of Isaac: Four Souls with Edmund McMillen before, as well as Joking Hazard, and Half Truth with other parties.

To also ease your mind, and get into the mind of the creator of the game, we took a moment to talk to Edmund about Tapeworm, see what he has to say below:

Eric Bryan Seuthe II: Hey Edmund, it’s a pleasure to talk to you, and thank you for taking the time to talk to us about your new game. What drove you to enter the world of Board Games?

Edmund McMillen: I’d always been interested, but the idea of dealing with production and shipping just kept me from taking it that seriously since those things aren’t ones I’d want to deal with at all. It wasn’t till Studio71 contacted me about the idea of turning the Isaac IP into a board game that got me seriously thinking about it again. Having made “Four Souls”, I’d have to say working in the medium was a very nice breath of fresh air for me. I really enjoyed the freedom I had, design-wise, and the social aspects of testing really fill a big void that working on digital games creates.

Eric: When looking for a place to bring your creation to the world, there I am sure were many options of where to launch it, and bring in crowds. What drove you to Kickstarter?

Edmund: I came back to Kickstarter because the first one was just so much fun. I really enjoy the fan interaction and feedback. It feels like more of a social experiment than a marketing campaign and I have a lot of fun riffing with backers. If all goes as planned Tapeworm could go to some interesting places.

Eric: I know you’ve backed quite a bit of board games on Kickstarter, do you personally look to Kickstarter as a place to find independent game companies, and their products?

Edmund: Yeah when I catch wind of something fun I tend to jump in, I was a high tier backer for Kingdom Death Monster and 2 Dwarven Forge campaigns. Even off Kickstarter, I’ve used other crowdfunding sites to help support artists I love. It’s great we have these kinds of options these days.

Eric: This isn’t your first run at a board game, having created “The Binding of Isaac: Four Souls”, based on your video game. So having produced the prior game, did anything feel different in the creation of this game, “Tapeworm”?

Edmund: well the biggest difference is risk. With “Four Souls” we had a very popular IP to push that people loved, so all I needed to do was make a cool design. With Tapeworm being its own thing, it will definitely be a harder sell. But honestly, that’s a lot of the appeal to me. Outside of the risk, Tapeworm is a much more casual game than “Four Souls”, easily the most casual thing I’ve ever made. So designing it did feel a lot different and I learned a great deal from it as well.

Eric: When creating “The Binding of Isaac: Four Souls” which blew 5300% past it’s goal, how did it feel knowing that so many people wanted to own your creation, and was willing to support it?

Edmund: The numbers were great, but the real fun was in the fan interaction. People were really creative and came up with some really out-there stuff for all the social goal challenges. The fact that someone got Gilbert Gottfried to say “The Binding of Isaac” on video is still so surreal to me. The whole thing was a lot of fun, I have very fond memories of coming up with so many random things with my wife and doing live streams into the late hours of the night. I mean its why I’m doing another one.

Eric: Were there any bumps in the road when creating your first board game, and getting it to the backers?

Edmund: Things went quite smooth for the most part when it came to production and shipping, Javon is a powerhouse with all that. But the biggest bumps were probably me suggesting merch that we didn’t make a profit off of (Like that supergiant double play mat), and the small team we had on support, but we know now what to expect.

Eric: What lessons have you learned from your prior Kickstarters that will benefit you when running the Kickstarter for “Tapeworm”?

Edmund: Make sure you have a support team that can cover the backers emails, and just have fun with it.

Eric: When you designed and produced this game, did you draw any inspiration from any specific tile-based games, or was this wholly a sole creation of your own?

Edmund: The main game I was pulling from was Uno, but that sounds terrible. I wanted to make a game as casual and easy to play as something like Uno but with enough depth to allow players to strategize and feel smart when playing due to the choices they make.

Eric: I know you mentioned in your announcement video that you wanted a game that you could play with your nieces and nephews. That in mind, what is the suggested age floor for this game?

Edmund: This is actually my goal, to make a game that walks that line. I’ve tested more with adults than kids, and they enjoy it a lot. Kids also dig it … so maybe its ageless? I guess we shall see.

Eric: Is there any future plans with the game, in the way of expansions, or is the game more of a stand-alone concept?

Edmund: This is definitely a stand alone game.

Eric: Well thank you again, and we can’t wait to see this project in action!

Edmund: Thanks for the support.

If you want to back this awesome game, do so Here! 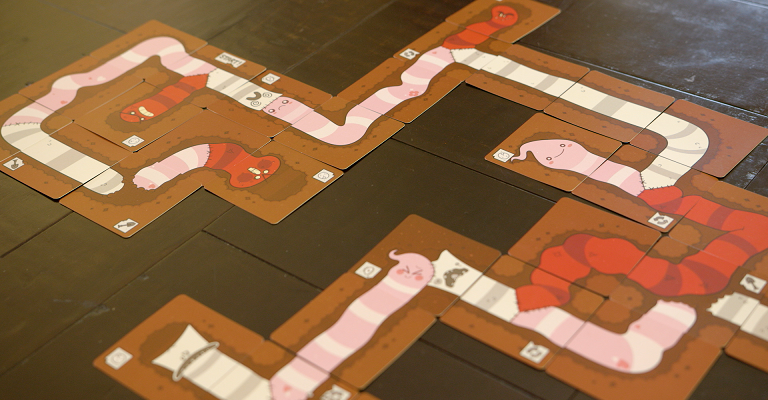