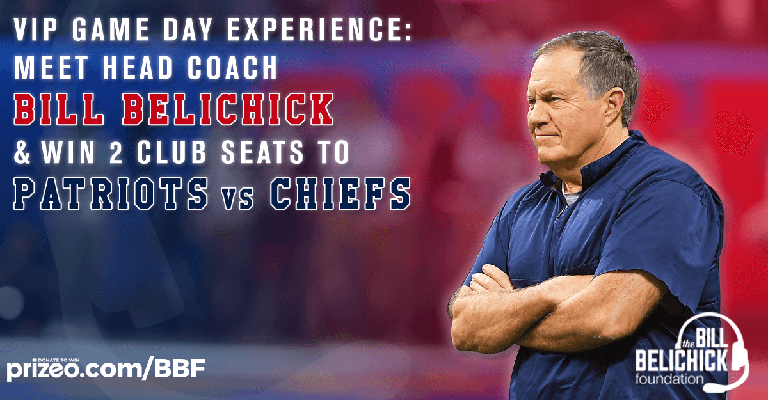 Are you already deep into your bets for the NFL season? A lot of us are so upset and disappointed in our teams, already, here at Nerd News Social, but if you are a Patriots fan, then you should be pretty happy with how they are performing.

If you are a fan, you are likely also a fan of their coach, Bill Belichick, who appears to be the biggest sourpuss in all of the NFL, it might just be his face though.

If you are a fan, well then you are in luck! Prizeo has teamed up with the Bill Belichick Foundation to give fans a unique experience!

If you win, you gain these things:

So head on over to Prizeo for their charity raffle. A $10 donation, enters you into the drawing, which is totally worth the chance!

What does your donation actually do? Well this money doesn’t go into the pockets of Bill Belichick, or the owners of the the Patriots, no it goes to the Bill Belichick Foundation.

Hurry and donate though, as the raffle ends on November 25th, 2019!