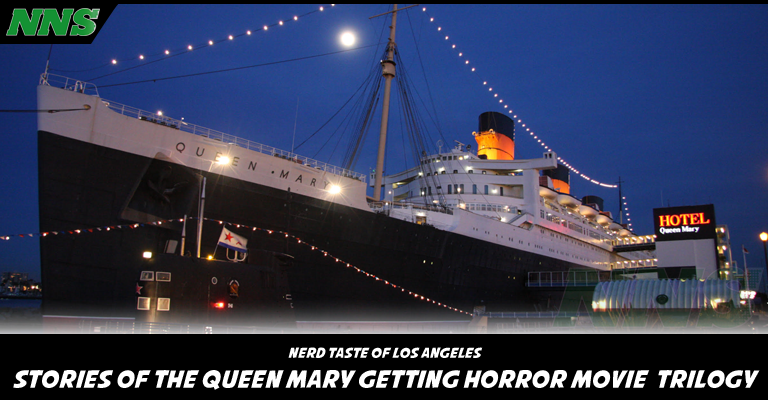 We’ve covered the Queen Mary a bit in the past and frankly can’t help ourselves. Being Los Angeles Residents, we’ve gone to their special events, eaten meals on it, and even attended weddings on the bow of the ship. The beautiful ocean liner is a staple of the harbor of Los Angeles.

Now thanks to Rocket Science, Imagination Design Works, and White Hourse Pictures we are going to get a trilogy of films in the horror genre inspired by the haunted stories about the Queen Mary.

The first of the three movies is set to star Alice Eve and will be directed by Gary Shore. The screenplay details haven’t leaked yet with regards to which ghost stories they will focus on, but Gary Shore is involved in the screenplay development with Stephen Oliver and Tom Vaughan.

So while we are all trying to be good, and keep our distance, at least in the near future you’ll be able to virtually explore the Queen Mary as represented in these films.

We’ll let you know more about the first film in the series as it progresses!