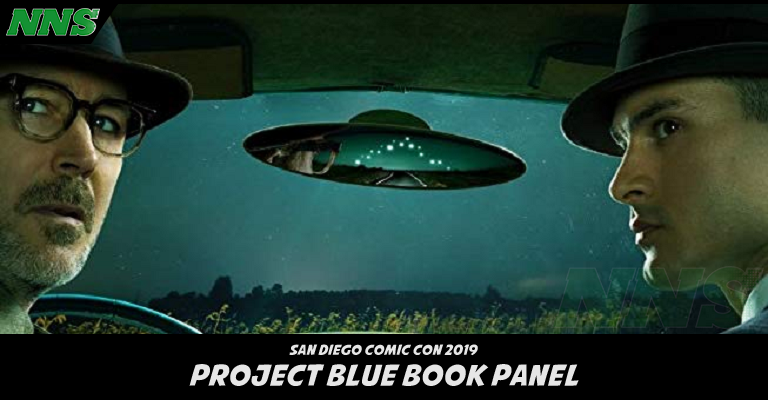 We got the chance to sit in on the Indigo Ballroom’s panel for Project Blue Book, and boy were we impressed, and enjoyed our time there. 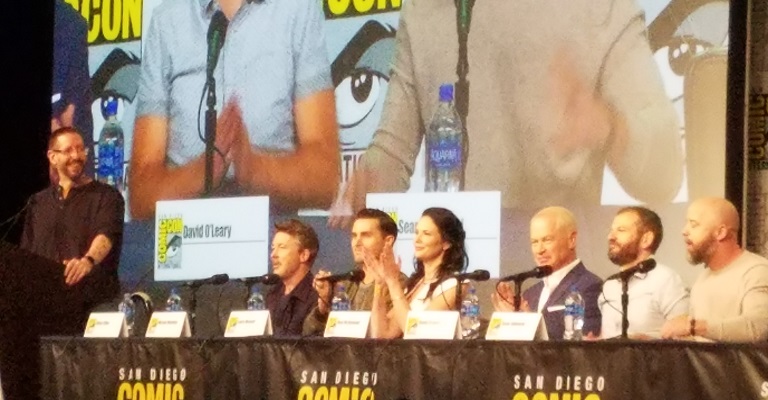 During the panel, they talked about the relationship of the main characters moving forward. They mentioned the family relationship between the characters of Dr. Hynek, and Mimi Hynek. The resolution of the effects on Mimi’s relationship with her neighbor Susie Miller will be brought up.

Additionally, Mimi, similar to her real world counterpart, will be brought into research and the search, within Project Blue Book. Mimi will be going undercover within an Alien Support Group, and will lead to some interesting conflicts that will force the character to develop as a result.

The show will also deal with the distrust between the characters, Dr. Hynek and General Harding. That distrust is what will bring up the topic of Roswell, New Mexico, and the following research into Area 51. During the panel, the Raid Area 51 movement was brought up, and the actors jokingly said that they were responsible, and that the raid itself is perfectly timed for the show’s second season release.

Michael Malarkey discussed how he first experienced Roswell years prior, while on a road trip. When he entered the town they were actually in the middle of their UFO Festival, and that was before this show was even on his mind, let alone cast-ed in one of the main roles. He considered it kismet.

The creators plan to delve deeper within the show, and cover the mythology of the Men in Black, and more specifically the characters fans have affectionately labeled, “The Fixer”.

During the Q&A session of the panel, a fan asked if the cast and creators believe in actual aliens, but as he was asking, the audio system cut him off. This lead to a laugh from the cast as they joked that the fan was cut off from the government, and that they got to him. Aidan Gillen, Michael Malarkey, and Laura Mennell all feel like they do lean to the belief of aliens. Neal McDonough said that prior to this show, he was a skeptic before the show. However, McDonough said that as a result of the show, he has changed his outlook, and is now open to the possibility that there may be aliens. The creators also jumped in during the discussion, to talk specifically about what they are trying to accomplish with this show. They talked about how the reports used in the show are actual reports that were filed. They add that there are over 100 actual reports. They purposefully do not want to remove anything from the reports validity of their existence, but use their characters in a dramatic sense to drive a story around those peoples reports. They do so with the purpose of entertaining and educating. 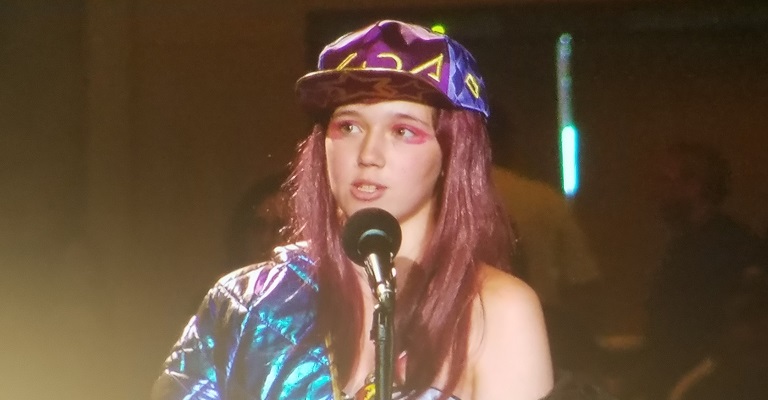 Lastly a sweet fan asked how the actors connect with their characters, since she had trouble with it during her recent independent anime project, and Michael Malarkey gave some amazing advice, stating that a mentor of his, now dead, once told him that acting is the shy man’s revenge. We wish that fan success on her projects, and think that Malarkey was humble and amazing in sharing that advice with her.