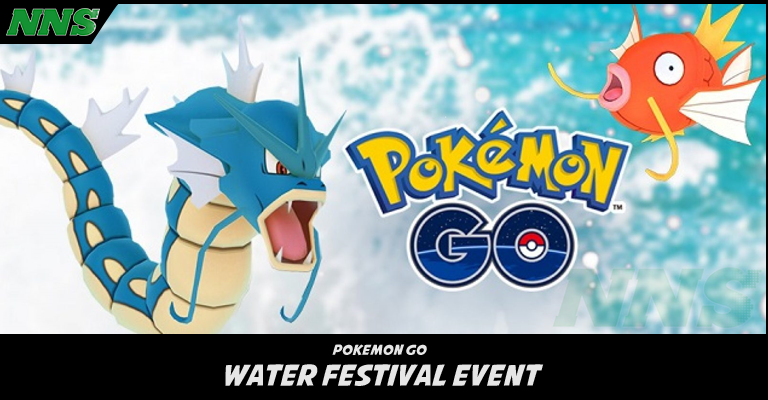 Grab your wetsuits and hail that Ride Pokemon, Trainers. Things are about to get wet and wild in Pokemon GO’s annual Water Festival!

For the uninitiated, each Summer Niantic usually holds a specialty Festival where Water Type Pokemon appear much more frequently. This year, from 1:00pm local time on August 23rd through to 1:00pm local time August 30th we get some additional goodies as well. Allow me to show you: 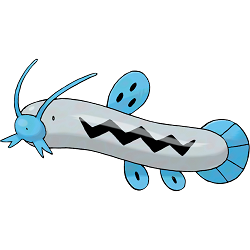 Barboach is kind of an odd little fish Pokemon. It doesn’t have a lot of personality and its appearance is pretty simple. Generation 3 is given a bit of flak for introducing bland fishes to the Pokedex and I have a hard time denying that claim when I look at Pokemon like Barboach and Luvdisc. The Pokedex tells us that its body is covered in a slimy fluid that helps it escape predation by both birds and germs! It lies in wait at the bottom of riverbeds and uses its whiskers, or barbels, to detect prey even in the murkiest of water. Its barbels are also perfect sensory organs for tasting its food… so. Most of the time its just tasting mud. Mmmmm…. Gross. In one, unspecified, region, it is said to have formed from hardened mud. It’s a Water/Ground type and so is immune to electricity, but gets double damaged by Grass Type moves. 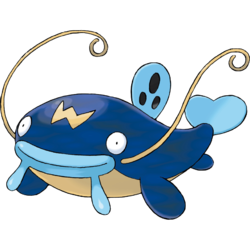 When it evolves into Whiscash it retains this dual typing. In this new form, we discover that it can, and will, generate massive tremors that radiate up to three miles. Yikes! It does this to scare intruders out of its territory, which could be a large pond or a big section of swamp. It’s said to be so connected to the earth that it can sense when actual geological earthquakes are about to happen – if you see it leaping out of its body of water, prepare yourself for a big one. It’s also a glutton known for swallowing its prey whole and eating pretty much anything. “If it’s alive, Whiscash will eat it.” That’s a direct Pokedex quote, folks. Keep your kids and pets away from the water.

Again, the design on this Pokemon is a little odd. For some reason, with those big, blank eyes, it reminds me of a Simpson’s character. Blinky’s long lost cousin? (I for one think Blinky would make a great Pokemon.) 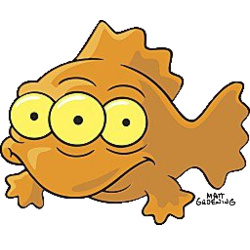 So. How does this blue barbelfish stack up in Pokemon GO?

It has a Max CP of 2075, Attack of 151, Defense of 141 and Stamina of 242. That higher than average Stamina though is not enough to save it from that dismal set of Attack and Defense stats. About the only saving grace this fish has is that it only has one weakness in Grass; Grass Types and Grass Type Moves aren’t the most common in Pokemon GO’s metagame.

It has Water Gun and Mud Shot as Fast Moves, both STAB. It learns Mud Bomb and Water Pulse as Charge Moves and those are both STAB too. It does have the option of Blizzard for Grass Type coverage, but it may not survive long enough to use it. You’re better off sticking with its strengths and going for Water Gun and Mud Bomb for best DPS.

Shiny Barboach is a yellow color on its face and fins…. but when it evolves it’s just a slightly darker version of regular Whiscash. 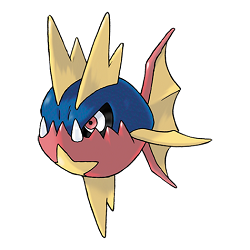 Carvanha is the much more interesting Pokemon being offered as a Shiny during this event. Again, brought to us in Generation 3, it was a staple on many people’s teams. It’s a Piranha that evolves into a Missile Shark… you don’t get a much more bad-ass fish than that. The Pokedex says that this Pokemon, while kind of cowardly on its own, will find a group of five or so and turn ferocious! Their jaws pack the power to tear out boat hulls and reduce wooden craft to splinters before they swarm any prey they find in their terrirory. It’s a Water/Dark type, so, a nice enough combination. 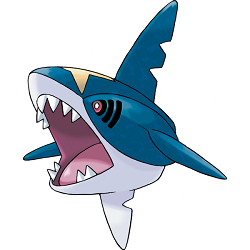 Sharpedo is known as the Bully of the Sea. And with good reason! This Pokemon can destroy a Supertanker all on its own, with fangs strong enough to shred steel and crush iron. If it manages to lose a tooth with this strange diet…. no worries! It grows back immediately. Terrifying. The teeth are said by Sailors to ward off mishaps at sea, so, you often see ocean-inclined folks wearing them as a talisman of sorts. Much like real world sharks, this creature was the victim of overfishing in the past as its dorsal fin was sought after as a delicacy. (Which is probably why it has such a desire to destroy boats. I say, good for you, Shark-friend. Go get ’em.) It blasts seawater out of its rear end to travel up to 75mph! It retains that Water/Dark typing.

It also gets a Mega Evolution in later Generations. Check this sucker out! 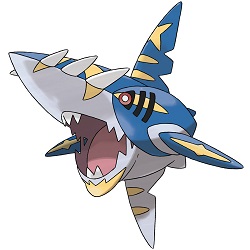 ….we’re going to need a bigger boat. Or maybe just to move to the desert. Obviously, no Mega Evolving in Pokemon GO yet, but we live in hope.

Speaking of, how does Sharpedo stack up in Pokemon GO?

…if only Raid Battles and Gyms were populated with boats, we might have a winner here. Apparently, tearing up yachts and tankers is about where Sharpedo’s badassery ends. It has a Max CP of 2181, Attack of 243, Defense of 83 and Stamina of 172. 243 is a respectable Attack Stat so it’s in for a good time, not a long time. Those Defense and Stamina stats are fair to disappointing. You can surge on in and do some real damage for a short while, but you’re going to eat it (Pun intended.) pretty quickly.

For moves, you have Waterfall and Bite for Fast Moves. Both STAB, and pretty good. Charge Moves are Crunch and Hydro Pump for STAB and Poison Fang for Grass coverage… which you’re not really going to be able to make optimal use of, so, go for Hydro Pump and either Bite or Waterfall, depending on the coverage you want.

Shiny Carvanha is green and gold, while Shiny Sharpedo is a cool purple.

Have fun with your watery adventures, Trainers! Here’s hoping you reel in some Shinies and make the best of that double Buddy Candy for Water Types. I’ll be walking my Suicune, personally. As always, I wish you the best of luck!