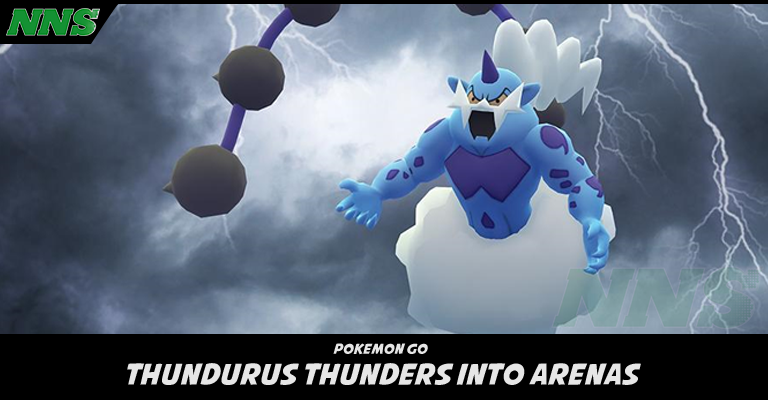 Hey there, Trainers! Go ahead and put those kites away, and you may not want to stand out in the open between March 2, 2020 at 1:00pm and… an undisclosed date and time. Oddly enough, Niantic didn’t give an end date for the Bolt Strike Pokemon’s departure.

Either way, Thundurus is a part of the Kami Trio of Pokemon, first discovered in Generation 5’s Unova region. Its counterparts are Tornadus (Which you hopefully managed to snag last month.) and the as-yet unreleased Landorus. In the main series games, Thundurus has two forms – its Incarnate form and its Therian form. Incarnate is the one we’re going up against in this most recent round of five star Raids. 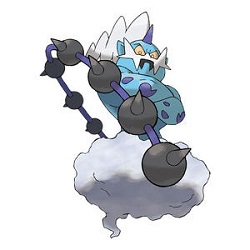 The lore states that Thundurus and Tornadus used to wreak havoc across the land of Unova until their squabbles were settled by Landorus. So. Kind of like Kyogre, Groudon and Rayquaza but with different elements.

Let’s get into what this Pokemon can do for you when it becomes part of your team.

It has a Max CP of 3345, Attack of 266, Defense of 164 and Stamina of 188. A hard hitter, but average in terms of bulk and staying power. It’s an Electric and Flying type just like Zapdos but Zapdos actually has a bit of an edge in terms of Stats (Max CP 3527, Attack 253, Defense 185, Stamina 207. #TeamInstinct) This gives it resistances to Bug, Fighting, Steel, Ground, Grass and Flying. It has two weaknesses, Rock and Ice, but neither one is a doubled weakness.

In terms of Attacks, you have Astonish and Thunder Shock for Fast Attacks (Thunder Shock is your better, STAB option.) and for Charged Attacks you have Brick Break and Crunch which aren’t great. You also have Thunder Punch and Thunder, either of which is good.

Now that we know what it can do for you once captured, let’s talk about taking it down in those Raids.

You’re going to want powerful Rock and Ice Type Pokemon to accomplish this, and considering that you have multiple Electric Type moves in play, it’s not unwise to pair that with a secondary Ground Type. Your only issue will be with Thundurus that have Brick Break in their repertoire because Fighting Type moves will give both Rock and Ice Types trouble. Anyway, my picks would be Rock Wrecker Rhydon (Hopefully last Community Day was kind to you and you got some good ones!), Mamoswine with Ice Type moves, Smack Down Tyranitar, Rampardos, Golem, Terrakion, Glaceon and Gigalith. Secondary choices would be Articuno (Risky play being the prevalence of Electric Type moves here will give the bluebird of happiness trouble.) Beartic, Bastiodon and Weavile.

Hopefully this helps, Trainers! Grab up a posse of lightning chasers and see if you can’t catch some in a bottle. (Or a Pokeball, in this case.) I wish you all the luck in the world!