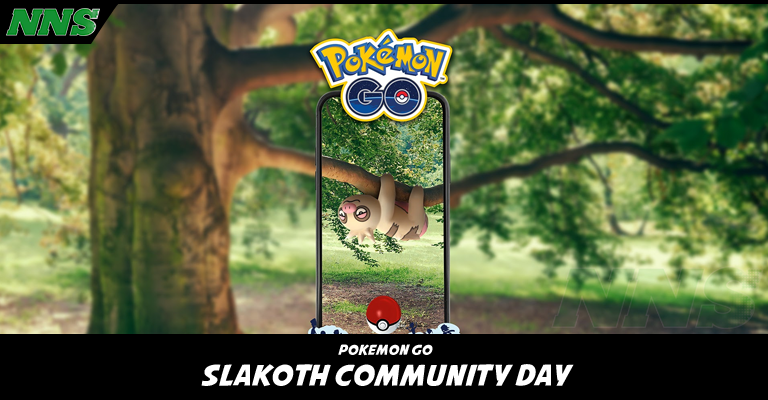 This month’s community day is for Slakoth. This adorable sloth Pokemon was introduced in Generation 3 and is one of the more interesting Pokemon from that generation. But what other features will this community day bring?

Let’s take a deep-dive into Slakoth and see what makes this little fellow so swell. 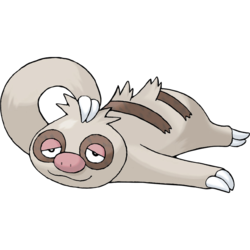 As previously mentioned, Slakoth first appeared in Generation 3. You could catch it pretty early on in the Petalburg Woods, though it was one of the rarer Monsters there. The Pokedex entries for this little Sloth let us know that it only eats three leaves in a day on account of its sedentary lifestyle. (If you don’t move around, you need very little by way of energy, I guess.) and this Pokemon is asleep for 20 hours a day! In fact, it’s so sleepy that even looking at one can make you feel drowsy. They can actually travel pretty long distances by making use of rivers, but in general it doesn’t move much, taking one nest and keeping it for life. It’s a plain Normal type, so its only weakness is Fighting and it has an immunity to Ghost type moves; considering one of the early Gym Leaders uses fighting types, it could be a little hard to make use of in the early game… especially with that dismal Ability.

I am, of course, referring to Truant. This Pokemon’s ability means that, barring special circumstances where abilities are removed, switched or somehow nullified, it cannot attack on two consecutive turns. Every second turn, you are informed that your Pokemon is ‘Loafing Around’. This makes training Slakoth a real challenge and especially in the early game where your Monsters are a little on the weak side? It can be difficult to work with.

But it’s just so gosh-darned adorable, I usually wind up with one on my team anyway.

Besides! Vigoroth is one of the best middle evolutions for any Pokemon species. 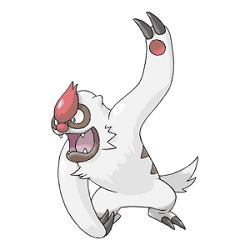 Vigoroth switches Truant for Vital Spirit, which makes it immune to Sleep inducing moves (Sing, Yawn… even Spore!) and removes the handicap of only attacking every other turn. Vigoroth’s stats are also pretty nice in the main series games so it can be a valid strategy to just keep it as a Vigoroth instead of letting it evolve all the way into Slaking.

This is because Slaking takes on the Truant ability once again. This, in essence, is because its Stats are ridiculous and allowing it to have any other ability would see it run roughshod all over the battlefield. Gamefreak had to nerf this King of the Sloths so that the other creatures in the metagame could keep up.

How does this translate into Pokemon GOs mechanics? Let’s find out… 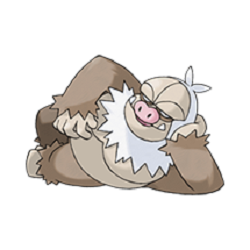 With an absolutely monstrous Max CP of 4431, Attack of 290, Defense of 166 and Stamina of 284, this bruiser has fearsome numbers. However, the only fast move it has access to is Yawn, which does nothing in this game because Status Effects don’t really exist. It can’t put its opponents to sleep in GO, so, it just soaks up damage until it can unleash its Charge move.

Its best Charge move is Hyper Beam by the numbers and because it’s STAB. I am, though, partial to giving mine Play Rough as this is a quicker move to charge and is Fairy type, so Super Effective against Fighting types which are the only type that effectively counters Slaking. The other option is Earthquake which is also a solid move. This Pokemon is best used as a Gym defender as it is a limited attacker, but can soak a lot of damage and be pretty time consuming for your opponents to fight. Still, it’s outperformed by the usual bulky Normal types; Blissey, Chansey and Snorlax.

Shiny Slakoth is purple but its colors just become slight variations on the regular palette after evolution I’m afraid. Still, for the sake of completing the shiny portion of the Pokedex, I wish you luck catching and evolving these Pokemon!

Are you pleased Slakoth gets its own Community Day? And which Pokemon do you hope is featured next time? Let us know in the comments! Until we meet again, Trainers, happy hunting!