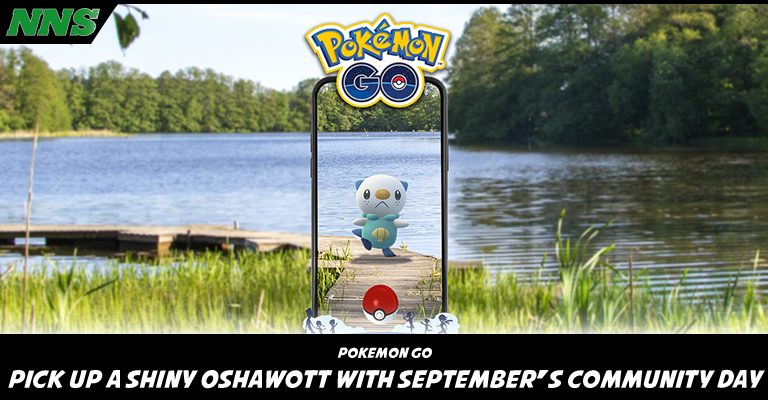 Whew – lots of good stuff this time around! Let’s go ahead and take a look at the star of the show, shall we? We already have a Spotlight on Oshawott and its Fam’ from all the way back in the day when Generation 5 debuted. You can check that out Here. 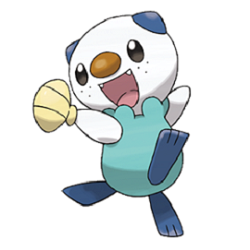 Well, an interesting bit of trivia for you. Oshawott was the last of the Starters to get a finished design out of the Unova set. It was designed by Yusuke Ohmura and was inspired by a trip to an aquarium with a Sealion habitat. That’s right! Samurott was designed first as a Sealion and then its design was de-evolved to become a Sea Otter. Game Freak has said that Water Type Starters always give them a little more trouble than the Fire and Grass Starters and there were tons of sketches done before Oshawott’s final design was settled on. It’s the serious one out of the Cool, Funny, Serious triangle.

It’s also making a special appearance as one of the three Starter Pokemon in the Hsui region! 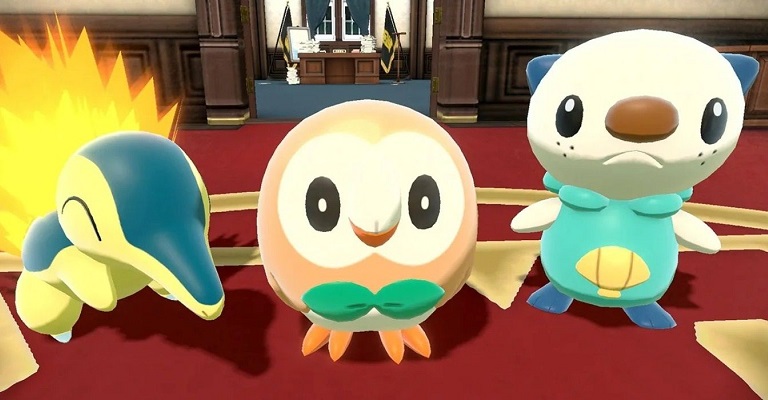 But it’s up against Cyndaquil. So. No chance I’m picking it. Sorry Otter-buddy.

The only things to update you on, then, is the readjusted Max CP and moves. 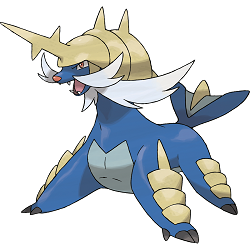 Your Samurott’s Max CP can be as high as 3194. Attack is 212, Defense is 157 and Stamina is 216. Besides the lower Defense Stat, this Samurai can do some damage. Being pure Water Type it’s only weak to Grass and Electric Type moves with resistances to Water, Steel, Fire, and Ice.

In terms of Attacks, you’ve got Fury Cutter and Waterfall, the latter of which is STAB. For Charged Attacks you’ve got Blizzard, Megahorn, and Hydro Pump. As of Community Day, Hydro Cannon and Razor Shell, both STAB, are added to the roster. I’m assuming Razor Shell will be faster and quicker to charge with lower DPS than Hydro Cannon… but I could be wrong.

Unfortunately, Shiny Oshawott and its whole family are kind of lackluster. Yellow becomes a more orange-hued yellow and the blues darken a shade. So. It’s going to be a bit more difficult to spot ’em. Be careful when hunting, Trainers!

And that’s all I got for you, folks. As usual, I wish you the absolute best of luck! Stay safe, stay hydrated and have fun!