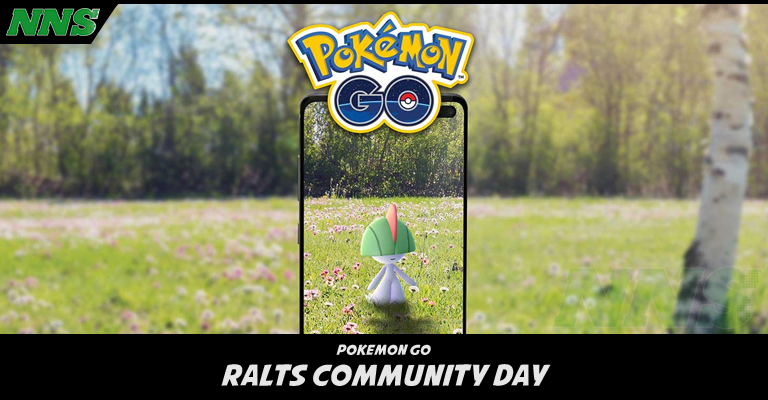 Hot on the heels of Mudkip Community Day, we have Ralts. Not even kidding, Trainers – this is easily the shortest time we’ve had between Community Days yet.

This month Community Day falls on Saturday the 3rd of August between 4:00pm and 7:00pm, local time.

Let’s check out the particulars:

An interesting twist on this month’s Pokemon; Its evolution depends on gender. Male Kirlia can be evolved into a Fighting/Psychic Pokemon called Gallade if you use a Sinnoh Stone. So make sure you have a few available. Remember, you can claim up to four per day via training against one of the Team Leaders or by battling your friends in PvP.

If you’re running low on Stardust due to purifying Pokemon from Team Rocket battles, gaining additional dust from hatching a lot of eggs will be a bonus. Don’t forget to pop some Star Pieces to help you rebuild your stock of Stardust!

So, let’s take a look at the star of the show, Ralts! 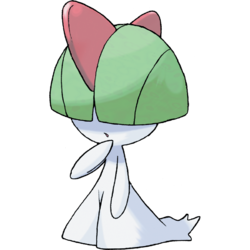 Ralts is the Feeling Pokemon. For most of us, our first encounter with it was in Ruby, Sapphire or Emerald when we are tasked with taking the sickly child Wally out into the field so he can catch a Pokemon partner of his very own. I remember this pretty vividly as I hadn’t seen one wild yet, so Wally’s was the first one I got to meet. It looked interesting, so after helping our Pal snag one, I went hunting for it myself. It had a pretty low encounter rate, so it took a little while… and then it only had Growl and Teleport as moves! Disappointing. But much like Abra and Magikarp in generations before, you could raise it by sticking it out front of your team and switching it out for something with an actual attack to mop up low level battles, claiming XP for both Pokemon. Once it learned Confusion… we were in business and my Ralts became one of my best team members.

The Pokedex tells us that Ralts uses the horns on its head as a kind of emotional radar, sensing the feelings of Pokemon and people. If you have a cheerful disposition, Ralts is more likely to appear and if you are hostile, it will hide. If its trainer is happy, it becomes likewise joyous and its whole body warms up when it’s in the presence of emotional warmth. Adorable.

Gardevoir is a fiercely loyal Pokemon with an ability to see into the future. If it senses any kind of impending doom approaching its Trainer, it makes out is psychic energy to produce a small black hole to attack with. Gallade, on the other hand, uses its Psychic typing to see what its opponent plans to do in a battle so it can strike out with the swords on its elbows before they have a chance to enact their moves. It’s also a master of swordsmanship and chivalry and… this seems kind of unbalanced. Black hole generation is a super power well beyond being good at sword fighting.

So… how do these Pokemon stack up in Pokemon GO? Let’s see… 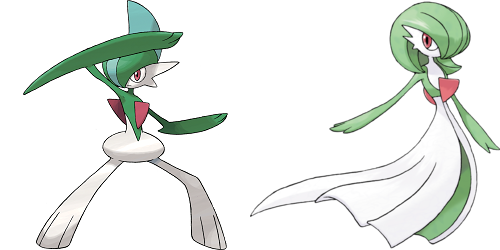 Gardevoir is a middle of the road Psychic Pokemon, outclassed by better Psychic types like Alakazam, Espeon and of course, Mewtwo. However, all is not lost as it’s a pretty good Fairy Type attacker! With a Max CP of 3093, Attack of 237, Defense of 195 and Stamina of 169 (Ouch) it’s best used to attack Gyms and Raid Bosses where it has an elemental advantage. It has three weaknesses in Poison, Ghost and Steel, and three strengths in Dragon, Fighting and Psychic. For moves, you have Confusion and Charm for STAB fast moves and they’re Psychic and Fairy, respectively. Charge Beam is a third option, but not as useful. For Charge moves, Psychic, Dazzling Gleam, Shadow Ball and the newest addition, Synchronize. Dazzling Gleam is actually your best option, outclassing the Community Day exclusive.

Gallade has the exact same stats as its female counterpart; 3093 Max CP, Attack 237, Defense 195 and Stamina of 169. Again, it’s here for a good time, not a long time, so your best bet is using it as a Gym and Raid attacker. Its weaknesses are Flying, Ghost and Fairy with strengths against only Fighting and Rock. It has three possible Fast moves; Confusion, Low Kick and Charm. The first two are STAB with the third being a less useful option. For Charge moved, you have your pick of Leaf Blade (Grass type and not a great option) Close Combat, Psychic and now Synchronize. Close Combat is your best option here, edging out the others in terms of sheer power.

The Shiny versions of all of these Pokemon just switch green for blue, though I’m hoping that one day we get Mega Evolutions because look at this classy Pokemon! 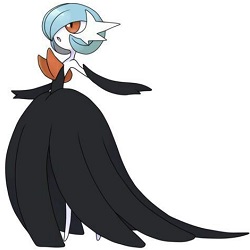 So, there you have it, Trainers! Are you excited to catch a bunch of little bowl-cut empaths? Let me know in the comments. As always, I wish you the best of luck and hope that your cheerful dispositions will cause some pretty great Ralts to appear for you.