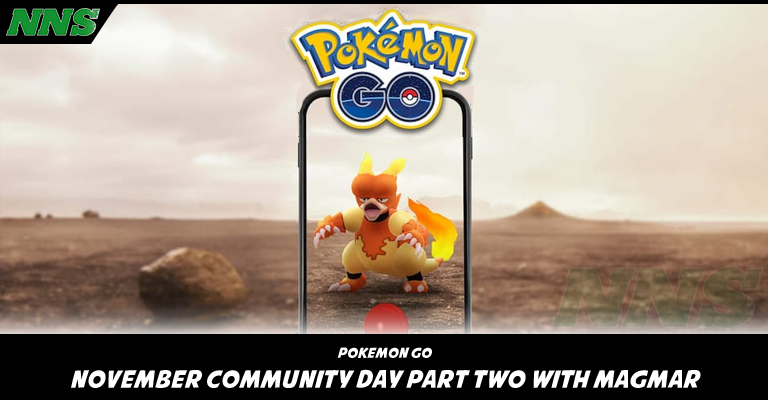 Hey there, Trainers – ready to take on the second of November’s Community Days?

Last week we talked about Electabuzz, (you can find that article Here), but this week we’re focusing on its red-hot counterpart, Magmar.

So, let’s check out what makes this Pokemon tick. 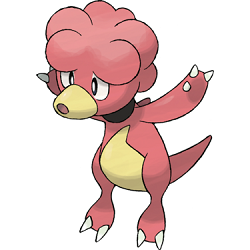 Despite not being the star of this Community Day per-se, this Pokemon is the first in Magmar’s evolutionary line so we’ll start with it.

Like Elekid, Smoochum, Igglybuff, Cleffa and Pichu, this Pokemon was introduced in Generation 2 to go along with the new Breeding mechanic. In a set-up familiar to anyone who plays the main series titles, an old man and lady take in two of your Pokemon and if they love each other very much (Or are in compatible Egg Groups, anyway) they’ll produce an Egg. Leave a female Magmar and a compatible male with her and she’ll grant you a Magby Egg.

This shy little Pokemon has lava-esque blood and can breathe fire in excess of 1100F. It constantly dribbles embers from its mouth and nose while breathing and, luckily enough, it spends most of its time in or near volcanoes where those embers are less likely to start fires.

Once Magby evolves, we get to the star of this week’s Community Day, Magmar! 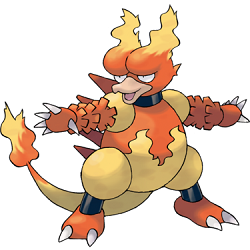 Magmar’s body heat is roughly double Magby’s at nearly 2200F. It still likes living in and around volcanoes and this is a therapeutic choice as it will submerge in lava to quell fatigue and heal injuries. It has fiery skin that allows it to camouflage directly in flames and go unnoticed. If it happens to find itself in a colder climate it will blow fire and heat up its surroundings until it reaches a more comfy temperature.

Grab a Sinnoh Stone and evolve on up to the final level of this fire-starter – Magmortar!

Magmortar’s body temperature hits brand new heights at 3600F! Sizzling! It has an organ in its body that’s like a magma chamber, pumping that lava blood the way an active volcano pushes actual lava. It shoots fire out of the ends of its arms now instead of solely through its mouth. If it does this too much, its arms will start to melt. It hunts prey with its magma-launcher appendages, though, it tries to keep the heat moderate so as to not singe its dinner too bad. They’re territorial in this stage, one pair holding a whole volcano as their own territory.

So, how does it hold up in Pokemon GO? 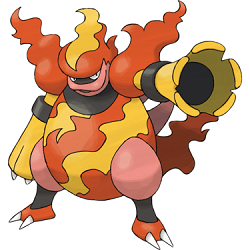 With a Max CP of 3132, Attack of 247, Defense of 172 and Stamina of 181, it’s a decent Attacker and has better than average bulk. As a pure Fire Type, it has a grand total of 3 weaknesses – Water, Ground and Rock. It has resistances to Grass, Steel, Ice, Bug, Grass, Fairy and, of course, Fire.

In terms of Fast Attacks you get Karate Chop and Fire Spin, with the latter being STAB. Charged Attacks are Brick Break, Psychic, Fire Blast and Fire Punch, with the latter two being STAB. The Community day move is Thunderbolt and it actually offers decent coverage against Water Types which Magmortar will usually struggle against.

Shiny Magby are a brighter, more robust orange color, but Magmar and Magmortar are bring pink shades, so a much more interesting Shiny than Elekid’s family. Easy to spot and just plain fun looking!

And that’s all I got for you, Trainers. As usual, I wish you the absolute best of luck catching a bevvy of Shinies and urge you to stay safe and happy out there. See you next month for December’s event!