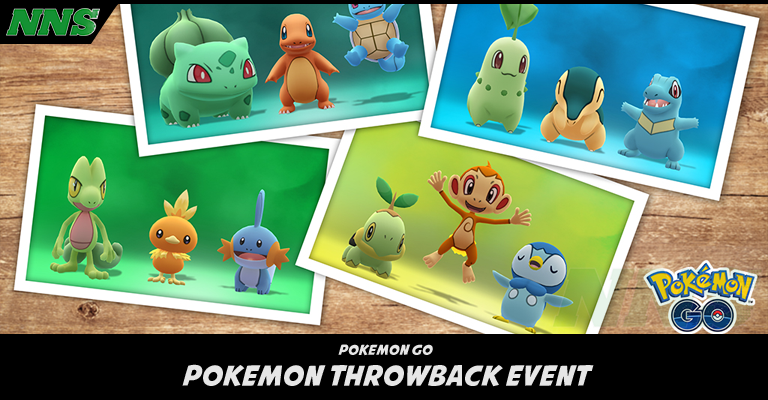 Hey, Trainers! We have a few new events on the horizon and I’m here to break down the first of ’em for you.

Starting Friday, May 1st at 1:00 pm and ending May 8th at 1:00 pm we have the Kanto Throwback event. This brings with it a couple of things:

All of these research tasks are said by Niantic to be achievable from home, so no worries in regards to having to travel far and wide. You can get in on the fun from the safety and comfort of your own home.

So, let’s take a deeper look at the newest member of Team Shiny! 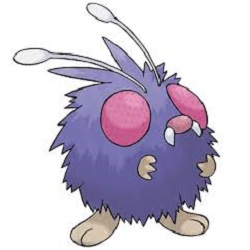 Venonat is a cute little dust bunny that you probably first encountered on Route 12 in Kanto’s Red, Blue, and Yellow versions. Its giant red eyes are actually compound eyes, clusters of teeny tiny eyes that give it a full 360-degree view of its surroundings. Plus, it can use those eyes to shoot powerful beams! (Are Venonat Kryptonian in origin, I wonder?) It preys on smaller bugs, those crazy radar eyes allowing it to track even the tiniest of movements in the shadowy areas it prefers. Its body is covered in a mass of thick, poisonous hairs.

An interesting bit of trivia! Venonat was originally designed to be the pre-evolution of Butterfree. 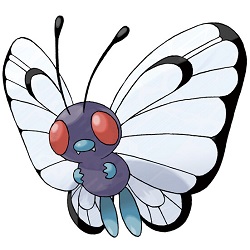 Makes sense from a design perspective, right? The change came when the creative staff working on the Pokemon Anime series decided they wanted Ash to catch a Caterpie as one of his first Pokemon. The metamorphosis of Caterpillar to Butterfly is one of the most powerful metaphors we have for personal growth, which was a big theme in the early days of the show. The problem was, though, that Venomoth’s design was regarded as relatively unappealing. (I think it’s cute, but I’m a bug nerd so your mileage may vary.) So, the switch was made between the final evolutions of these two bug types and the rest is history. 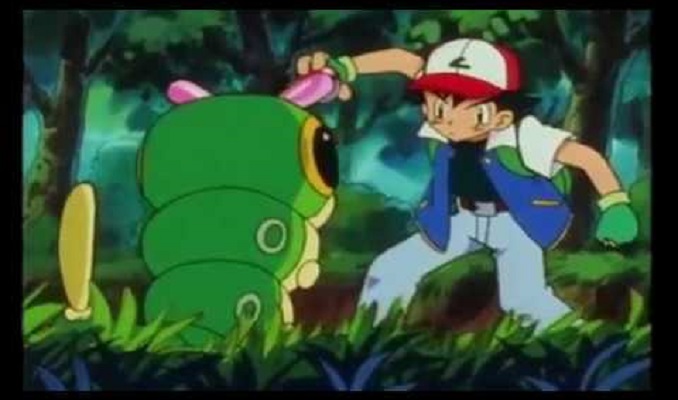 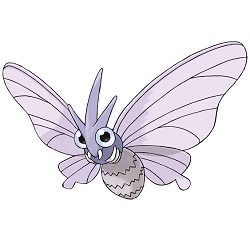 With a Max CP of 2082, Attack of 179, Defense of 143 and Stamina of 172, Venomoth doesn’t exactly shine. It’s a Bug/Poison-type which means it’s weak to four types in Rock, Psychic, Fire, and Flying. It has a total of five resistances, resisting Fighting and Grass Type Attacks especially. Its other resistances are Bug, Fairy, and Poison.

For Fast Attacks, it has a Legacy move in Bug Bite. Other than that, it has Confusion and a STAB option in Infestation. For Charged Attacks, it has Psychic, Poison Fang, Silver Wind, and Bug Buzz. The latter three are STAB, with Bug Buzz beating out the other two for DPS.

Venonat’s Shiny version is a slightly bluer shade of purple and swaps those red eyes for a couple big ol’ baby blues. Venomoth is a nice cobalt color and I love it!

And there’s your breakdown, Trainers! As always I wish you the best of luck! Stay safe, healthy, and happy.