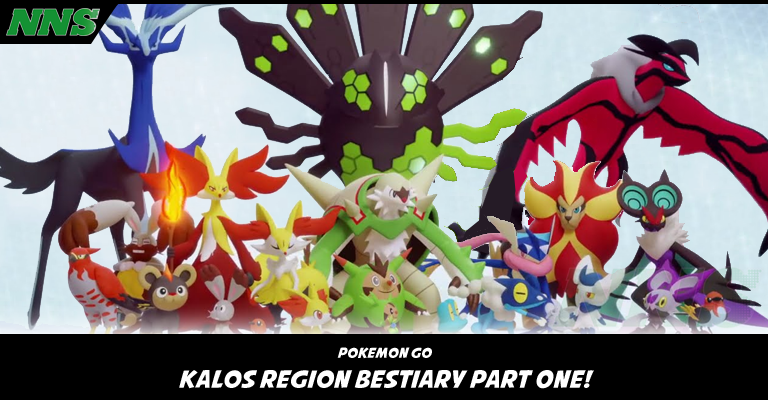 Hey, Trainers. Let’s go ahead and welcome the newest editions to our collective Pokedexes – the new recruits from Kalos!

Generation 6 is one of my absolute favorites. X and Y were really fun games and they gave us some awesome monsters to befriend. Their introduction to the world of Pokemon GO is something I’ve long looked forward to and so without further adieu, let’s look at the relatively few we’ve been given so far. 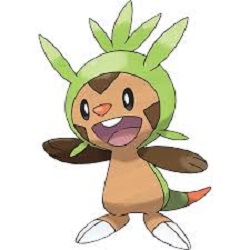 Chespin is the Grass Type Starter gifted us by Professor Sycamore via a new group of pals who show up to start their own adventures into the world of Pokemon alongside us.

The Pokedex tells us that this critter is covered in wood so hard that being hit by a truck wouldn’t even make this little guy mad, let alone hurt. The quills on its head are usually soft… but when it flexes, they get hard and sharp enough to pierce rock. 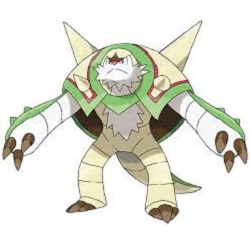 Its final evolution Chesnaught is a behemoth of a Pokemon, with a hard shell, huge arms, and a downright menacing appearance. It uses this bulk to defend and protect, though – it could tackle a 50-ton tank into submission and when it strikes a defensive pose, it can withstand a bomb. Definitely a warrior. 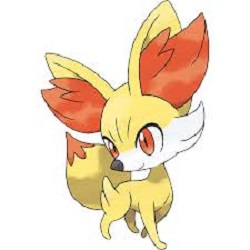 Fennekin is your Fire Starter for Generation 6. It’s one of my favorites, as are almost all of the Fire Type Starter families. Like the previous entry, Chespin, you get the option of picking this fiery fox alongside your newest friends and neighbors in Kalos. Though, I will say that there seems to be an over-abundance of Foxes in Pokemon, right? Vulpix, Ninetales, Alolan variations of both, Eevee (Its evolutions become less fox-ish for the most part but Eevee is clearly a fox.) Zorua, Zoroark, Fennekin, Braixen, Delphox, Nickit, and Thievul! It’s possibly the most well-represented grouping of animals in the Pokedex. Even more-so than ducks!

Well, that aside, Fennekin itself is an interesting little canine. Its favorite food is sticks. This high-fiber diet causes it to blow hot air (390F!) out of those big, bushy ears! 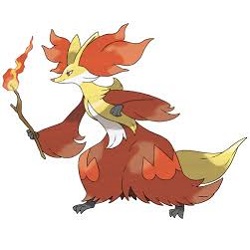 Feed it enough kindling and your Fennekin will eventually become the fearsome Delphox! This Fire/Psychic Type will light a branch on fire and use this as a focal point to train its Psychic Type powers. The fire it produces is much hotter than Fennekin’s, boiling the ol’ mercury to the tune of 5400F! 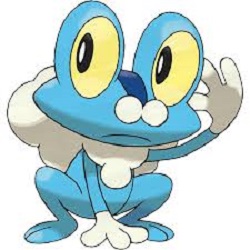 Oh, don’t worry about it. I’m pretty sure no-one will ever find one so let’s move on. 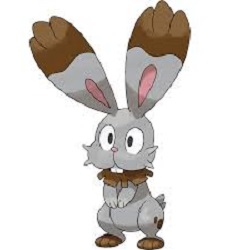 Bunnelby is an adorable little rabbit fella from early in X and Y who digs with its ears. It does this so effortlessly that it can dig a 33′ deep burrow in one night! The strength of its ears grows with use so it can eventually chop right through thick tree roots that may get in its way. It’s pretty sensitive to danger and when it hears approaching predators, it digs itself to safety super fast. 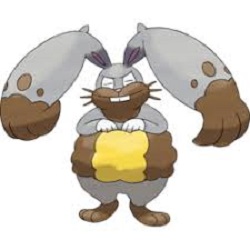 Not gonna lie…. I feel like the design of Diggersby is a direct response to commentary on the design of Lopunny and its resemblance to a certain logo 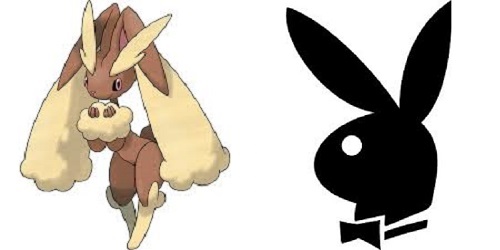 For folks who weren’t part of the internet discourse during the release of Diamond, Pearl, and Platinum, that was an actual criticism leveled at this poor bunny. Yes, really. And you can see that Diggersby, by contrast, is a completely different design. A big, barrel-shaped goofball with a cry that literally sounds like a belch. So.

Design aside, this critter can break up bedrock like an excavator and so they’re often used in construction projects. Once its work is done for the day though, it loves to lounge lazily. The fluff on its belly is thick and great at holding in heat so shed fur is used to make warm winter clothes. 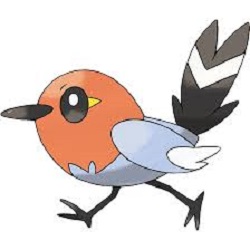 This is your standard Route 1 small bird Pokemon with a twist – Talonflame is a for-real badass with a Fire Type addition that makes it really interesting.

The Pokedex informs us that even before it gains that Fire Type, it can heat up pretty quickly and burn your hand if you touch it unexpectedly. While it’s cute and friendly, once it starts fighting, it’s all business. It pecks foes mercilessly if they get on its bad side. 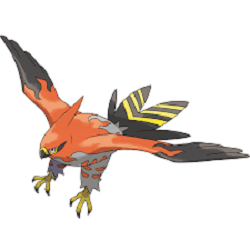 This bird is an absolute savage – bird Pokemon are its favorite food. This is a bird that would gladly order the family-sized bucket from KFC. (Kanto Fried Combusken.) Wingull and Pikipek are its preferred meals, and so it’s lucky it can out-fly them as it reaches speeds of over 310mph! Embers shower from between its wings in the heat of battle so bring a fire-proofed umbrella when you’re using this Pokemon to fight. 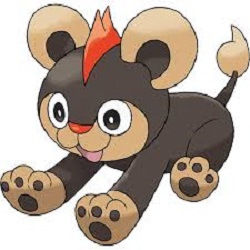 This Lion Thing is rough and ready to rumble. The stronger its opponent is, the hotter the flames in its mane become. They live in prides generally, but as the youngsters grow in age and strength, they’ll break off to live on their own. This toughens them up to start prides of their own. They’re known for being curious, too. 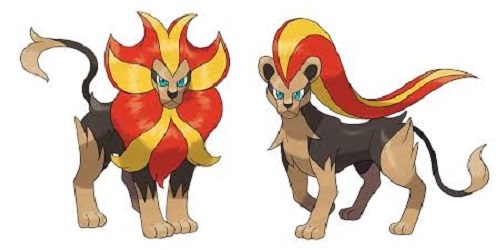 This Pokemon really does mirror actual lions; the males are lazy and let the females do all the hard work to keep the pride up and running. However, come into its territory and threaten its friends and family it will throw itself at you with every intention of doing you some serious harm. It prefers to eat raw meat, but the flames it breathes are 10,000F so it can turn everything in its path into charcoal if it needs to.

This Pokemon has a pretty clear difference in appearance between male and female versions, but Stats, Attacks, and Typing is the same either way. 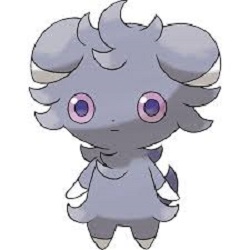 Espurr is a Pokemon that gets something of a bad rap just for that thousand-yard stare… but really? I think it’s adorable. It was easily one of the cutest Pokemon to pick up early on in Generation 6.

The look on its face may never alter but that’s only skin deep. Internally, it’s struggling to hold in ridiculous Psychic Type abilities. Once that power is unleashed, it can cause devastation in a 300′ radius; enough to throw a wrestler! It clamps its ears down over its head to prevent this power from being brought forth. 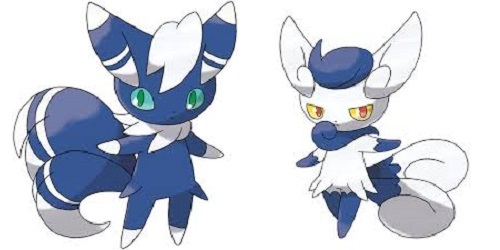 Meowstic is the evolved form and you have some sexual dimorphism, here! I always enjoy Pokemon like this.

Female Meowstic are known to be a little less friendly and a little more selfish. If they don’t get their own way, they will torment their target using those crazy Psychic powers.

Males are far more defense-oriented than their female counterparts. When they or their families are in danger, they will unleash their Psychic powers with no restraint.

Both male and female Meowstic can use their ESP to smash and grind a tanker truck to dust. And their Stats and Typing are exactly the same either way. 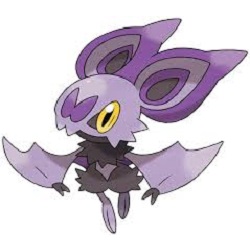 Noibat is a great little Pokemon with the power to emit ultrasonic waves of 200,00 hertz from those massive ears. It’s a fruit bat, using its keen sonic senses to detect ripened fruits. They prefer the darkness, so nest in pitch black caves, coming out only at night. Kind of the norm for bats, right? 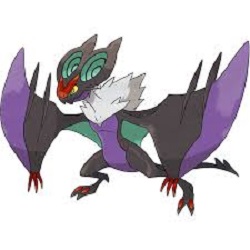 Noivern is a certified Dragon-Type bad-ass. You need 400 Noibat Candy to evolve it so… get catching, hatching, and walking, Trainers!

It will fight anything it can find in the dark, using its mastery of the night to pick on foes it finds. It’s not fussy about starting fights, even though it’s still a fruit bat. Offer this Pokemon a nice, ripe piece of fruit and it will suddenly become nice. Maybe it just spends a lot of its time hangry? Anyway, it amps up its sound production to a level that can reduce boulders to rubble and lay waste to things that aren’t boulders as well, presumably.

Okay.. okay… What’s that, Trainers? I forgot someone? So did Niantic, apparently. 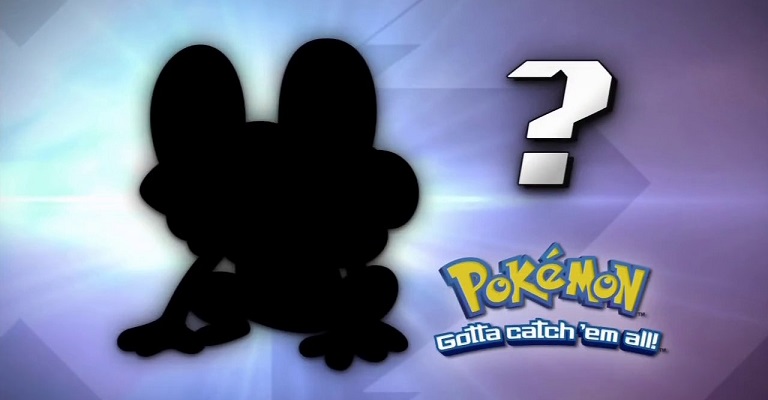 Kidding aside, this seems to be a sticking point for a lot of folks. Froakie spawns have been few and far between for people who don’t live near a beach or lake. I’ve found a grand total of 4 and I play pretty frequently.

Anyway, if you manage to find one, it’s covered in an armor made of squishy bubbles that help reduce physical damage. It’s a pretty happy Pokemon in general… but a very observant one as well. It keeps a careful eye on its surroundings so it can quickly react to danger. 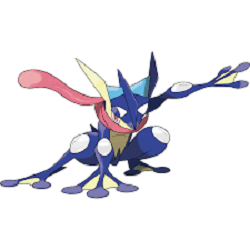 The Kalos Water Type Starter is a Pokemon with some serious speed and agility. It moves gracefully and can make sport of most slower foes. It compresses water into sharp shuriken so cutting they can split metal if thrown with enough force.

This Pokemon has an anime-inspired variant, as well. 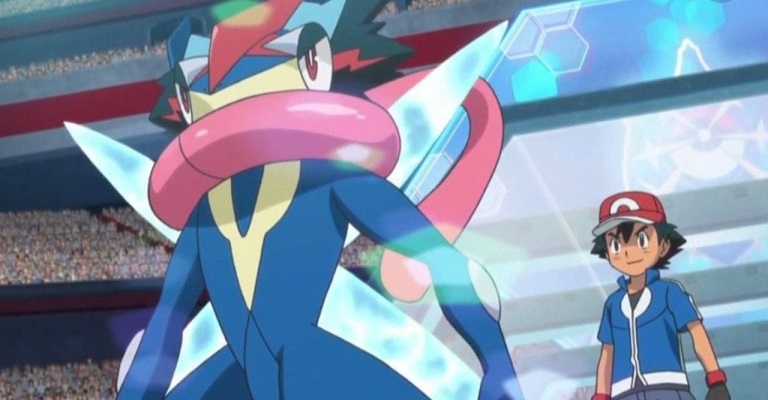 Ash Greninja first appeared as a special… evolution? Form change? Mode for Ash’s Greninja so it could face off against Mega Evolved foes on relatively equal footing. It also made an appearance in the Main Series games, Sun and Moon. We may, at some point, see it in Pokemon GO. It’s not like we don’t have other special variants of Pokemon in GO, including Ash Hat Pikachu of several kinds. It would be a neat addition.

And there you have it, Trainers! The first round of Kalosian Pokemon! Good luck filling in this new Pokedex!