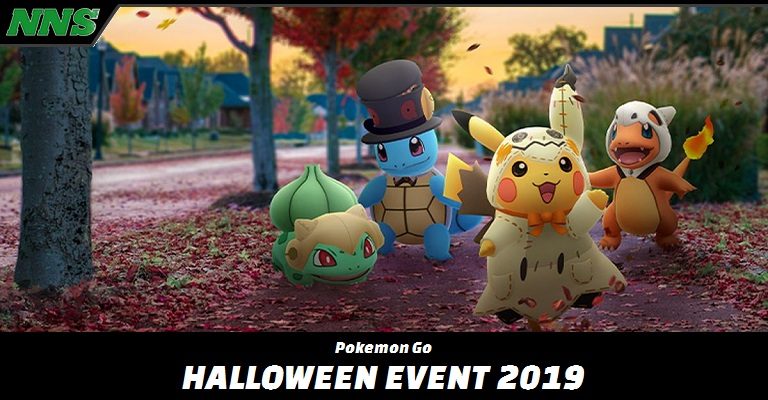 BOO! I mean… hi there, Trainers! Here to learn about what spooky delights are available for the Halloween season in Pokemon GO, from October 17th at 1:00 p.m. to November 1st at 1:00 p.m.? Will it be Tricks? Or Treats? Read on to knock on our figurative door.

Phew! There’s a LOT going on, huh? Niantic really came to play this October. But, if you’re anything like me, I’m betting you want the down-low on Darkrai, right? Let’s get in-depth with this Pitch Black Pokemon. (If you guessed that I’m naming mine Riddick, you’d be right.) 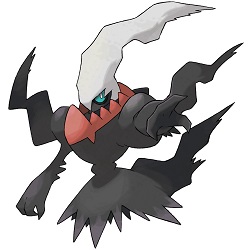 Darkrai is a pure Dark Type Pokemon and is considered the opposite of Cresselia. The two form a duo kind of like Latias and Latios or Mew and Mewtwo. They’re intrinsically linked. This pair is known as the Lunar Duo.

The Pokedex tells us that this threatening Pokemon is territorial and tries to scare Pokemon and people away from itself by inducing terrible nightmare filled slumbers. It’s a purely defensive measure though, and it apparently means no harm. It’s most active during the new moon and on moonless nights it’s most known to cause horrific nightmares.

So, what about in Pokemon GO? Is it a dream come true? Or is it more of a snore-fest?

With a Max CP of 3739, Attack of 285, Defense of 198 and Stamina of 172…. yeah. This dreamy powerhouse is a Dark Type force to be reckoned with. As a pure Dark type, it’s weak to Fighting, Fairy and Bug. It’s strong versus Psychic, Dark and Ghost. As for moves, you get two STAB options with Snarl and Feint Attack, the latter of which is stronger. For Charge Attacks you have Shadow Ball and Focus Blast for non-STAB options. Dark Pulse is your STAB Charge Attack. All nice options, but getting that STAB boost makes Dark Pulse the best option in my opinion.

When going up against this mighty dream weaver, you’re going to want to stack your team with powerful Fighting Types. Machamp, Hariyama, Blaziken or Heracross if you want a little double resistance to its Dark Type moves. Togekiss, Granbull and Gardevoir for Fairy Type counters and if you want some Bug Type suggestions, you can’t go wrong with Heracross, Pinsir and Scizor.

Well, Trainers, that’s the Halloween event in a nutshell! (Or a candy wrapper, if you prefer.) Are you excited to catch some grisly ghosts and creepy critters? I know I am. If you’re interested in seeing what some of the newer, Unova based Pokemon have to offer, you can check out a more in-depth breakdown Here where I detail Yamask and Litwick’s evolutionary lines.

I wish you the best of luck, as always. Feel free to jumpscare me in the comments with stories about your frightening finds and the Pokemon you’re most excited to meet this Halloween season!