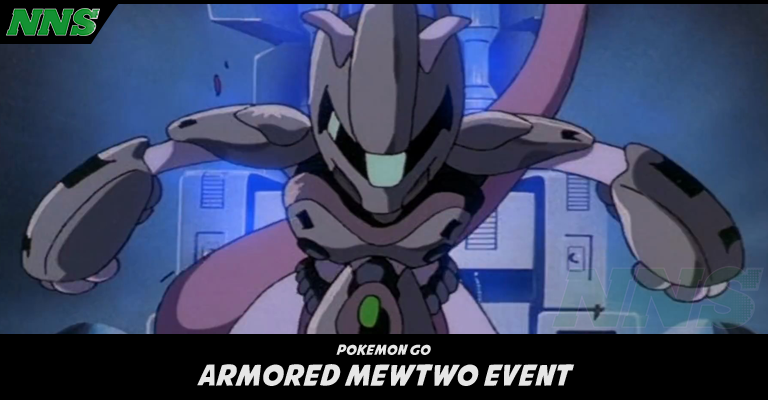 From July 10th to July 31st we are going to have the chance to square off against and potentially catch Armored Mewtwo. This is in celebration of the newest (And simultaneously oldest) film in the Pokemon franchise: Pokemon, Mewtwo Strikes Back Evolution. This looks to be almost a frame by frame remake of the very first movie, but replacing 2D animation with CGI.

Mewtwo is my favorite Legendary, and I know I’m not alone. From the earliest entries into the series, catching Mewtwo has been something of a right of passage for Trainers. The World’s Strongest Pokemon… we weren’t even allowed a chance to catch it before beating the Elite Four and the Champion. Then, it was a difficult slog through the depths of Cerulean Cave before we could even take our shot.

Which kind of Trainer were you? Did you save your Master Ball so that you could catch it with no fuss, no muss? Or, like me, did you relish the challenge of trying to snag it with Ultra Balls and a team dedicated to countering the Psychic Type behemoth? 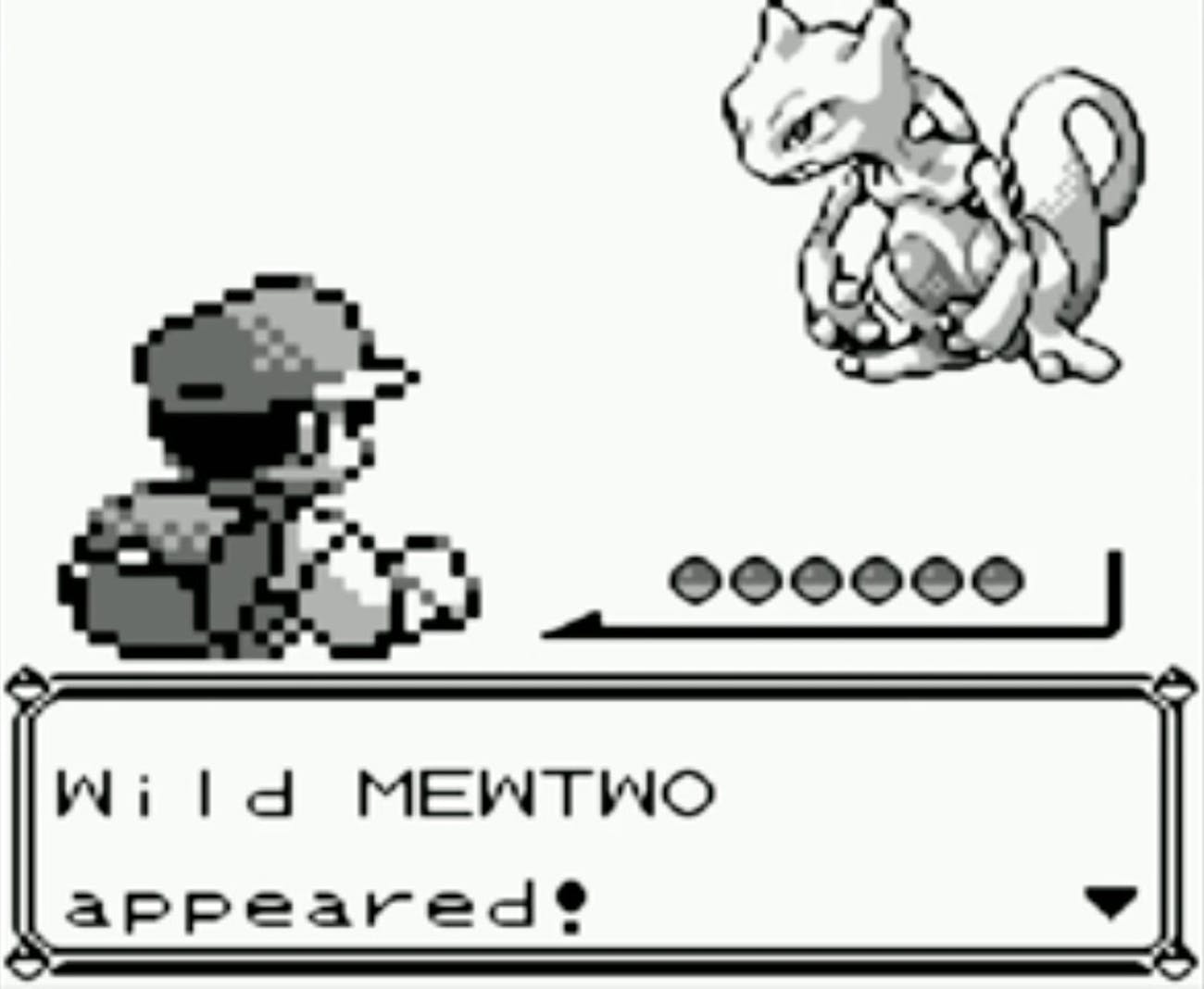 The first we hear of Mewtwo is actually in Cinnibar Island’s Pokemon Mansion. It’s a facility that, at one time, was a research center. At the present time, though, it’s just a sprawling maze filled with rubble, burglars and a mix of Fire and Poison type Pokemon. The subtlety of the storytelling here is superb. Secret switches allow you to progress through this ruined manor, alluding to the idea that whatever went on here? Was meant to be kept under wraps. Whatever went on here also decimated this place to the point that it wasn’t worth trying to fix up. But apparently enough was known about it to attract fortune seekers; people who make a living stealing valuables.

Progress far enough through the building and you find research notes talking about a new species of Pokemon discovered in South America. (Keep in mind, a lot of the Pokemon lore was underdeveloped at this juncture so you see references to real world locations and animals instead of what might be their Pokemon counterparts in later iterations.) Mew was its name and it was powerful.

From Mew’s DNA a new Pokemon is created and, unimaginatively, named Mewtwo. This creature had raw power enough and a vicious enough nature that it had to be sealed away somewhere else. Somewhere that couldn’t be accessed by any run of the mill Trainer and certainly no non-Trainer types. This thing had to be put behind figurative bars…. and what better way to do this than by placing it at the heart of a cave, under a mountain, shielded by water and divided from the rest of the world by a dedicated staff that isn’t allowed to let anyone BUT the region’s Pokemon League Champion past.

And that’s where we find it. Alone in the dark. Supposing your team wasn’t worn down too much by the myriad high level Rhydon and Raichu and Ditto, you can fight, subdue and catch this creature. Maybe show it the kindness that it was never before given?

Or squeeze it into a ball and bring it out only to beat up your friend’s virtual pets. You do you.

The armored form of this Pokemon has not, thus far, been seen in any of the main series games, though. That is a creation solely of the Pokemon anime and movie.

The first glimpse we ever get of Mewtwo, aside from the opening theme, is in a later episode of the Indigo League. Jesse, James and Meowth are being called in to Head Office to have a sit-down with The Boss. Suddenly, their world is rocked by an explosion as something shoots off into the sky.

This was a brilliant tie-in to the first Pokemon movie. And the only time that the movies and the anime have ever fully interacted with one another.

The armor Mewtwo wears, we come to find out, is actually a power suppressor. It’s not really anything defensive – Mewtwo is only ever really shown to fight from a distance, using those game-breaking Psychic abilities to scoop up entire herds of Tauros and squeeze the everloving stuffin’ out of Gary Oak’s Arcanine and Nidoking. In short, it needs no physical defense buff. The armor in question limits what Mewtwo can do to try and ensure its loyalty to Giovanni, Team Rocket’s leader.

Once Giovanni finally comes clean about Mewtwo’s role in his plans for world domination, the anger Mewtwo feels causes it to break those bonds, shed that armor and go full on rogue. Humans are a plague, Mewtwo reasons, and he’s the cure. 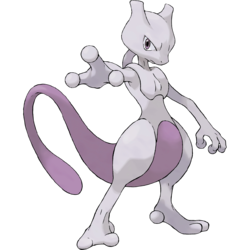 The Pokedex informs us that Mewtwo’s heart is the fiercest and most vicious among all Pokemon, because while science was able to recombine Mew’s DNA to make Mewtwo stronger, they neglected to give him a warm heart. (I say this is a lie because a warm heart has nothing to do with genetics and everything to do with learning from example and it’s hard to learn to love when you’re surrounded by nothing but evil scientists.) It also tells us that its body is super strong and super fast. Nothing we didn’t already know.

Mewtwo also gets two Mega Evolutions. Much like Charizard, it has an X Mega and a Y Mega. We can only hope that one day, we get Mega Stones in Pokemon GO.

In Pokemon GO, Mewtwo is pretty outstanding. We are assuming, at least at this juncture, that Armored Mewtwo will be identical in stats to its naked form, much the same way Pikachu doesn’t get a buff for dressing as Santa or a Detective. (Canonically, the armor is actually a power dampener so if anything, it would nerf Mewtwo as opposed to providing buffs.)

Mewtwo has a Max CP of 4178, Attack of 300, Defense of 182 and 214 Stamina. So, its defense and Stamina are average…. but look at that Attack! This is a Pokemon who can tear through bulky Gym defenders remorselessly and with gusto. The range of moves available means it can have wide coverage, too. Confusion and Psycho Cut are its fast moves (Confusion is the better of the two but they are both STAB.) and its Charged attacks are Psychic (Best option for STAB) Focus Blast (I have used this to great effect against Normal and Rock types on a couple of my Mewtwo.) and then you have Ice Beam, Flamethrower and Thunderbolt. If you’re lucky enough to have one with Shadow Ball or Hyper Beam, I’d advise you not to change those as they are legacy moves and no longer available.

Mewtwo is a tricky one to counter, or it has been in the past, due to the sheer range of moves it can have. If you have a large enough group you can pull out whatever you want to use that has Dark, Bug and Ghost type moves and spam attacks until you’re done. If you’re raiding in smaller groups where every second of damage counts…. you’re going to want to jump in, assess what move your Mewtwo has and then duck out again to format a perfect team to resist those charged attacks.

Tyranitar and Giratina (Origin Form works best) are going to be your best attackers and barring Ice Beam for Giratina and Focus Blast for Tyranitar they will resist or be neutral to a lot of what Mewtwo can dish out. Other solid options include Scizor, Weavile, Gengar and Houndoom. Equip them with Dark, Bug and Ghost type moves where possible. And if you’re just looking to hang in there and don’t have any of these, Steelix with Crunch, Gardevoir with Shadow Ball or Blissey with Dazzling Gleam are alternatives if your group is large enough.

To be fair, I don’t know what moves Armored Mewtwo may have access to at this time so just use your best discretion. We can at least be sure its Type won’t change. Even if a Psychic/Steel type Mewtwo WOULD be awesome.

Anyway, that’s all I have for you this time around, Trainers! Good luck getting your hands on this new form of Legendary! I bet all your battles will be absolutely epic! Feel free to recount your Mewtwo memories and encounters in the comments!