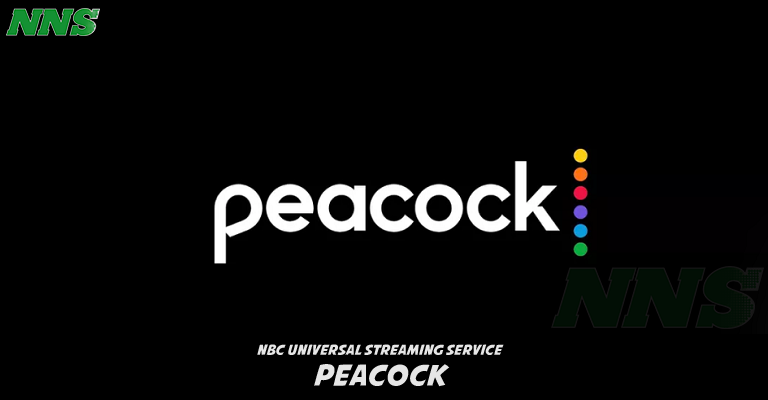 Streamers are a dime a dozen in this day and age. The idea of where you spend your money, and which services you use comes down to the benefits they confer. That should be no different with NBCUniversal’s new service.

Options Of Service
This specific application comes with three service plans, that very what you have access to and how.

Free
With a free option, Peacock has openned up the gates to allow lots of users to be able to access content, with only requiring an email to subscribe. However, the service does contain quite a bit of ads on content, allowing NBCUniversal to make a bit of money. However, if you want to try out the service, you can do so without the need of a trial, or inputing your credit card, and that is something we really like. The one negative way of using the free model is that a lot of the movies, and full series on the site is blocked behind the payway, reminding that if you want to see more, then pay the money.

We understand how it’s free, and beggers can’t be choosers, but there is something almost predatory to showing off 18 seasons of a show, and then only allowing the free user to watch the one season, but have to swim through a sea of locked content.

Premium
$4.99 is not a lot of money when it comes to streaming services. For that small price you unlock all the content on the service. All the movies, all the available seasons, and all the originals. All unlocked. However, while it is unlocked the content, it’s probably not what you are thinking about. All the content still comes with commercials and ads still within the program. A lot of people probably aren’t going to be fans of paying to see commercials, but this is not really unheard of in the industry. For instance when you pay for basic cable and get commercials, and if you pay for Hulu, the app comes with ads as well.

It’s important to note that for only two dollars more, you can get Disney+, or one dollar more if you pre-purchase for the year, which does not come with ads but it’s hard to compair apples to oranges, as the content is a lot different.

Premium Plus
This option is just like Premium, with regards to the content, but with the difference that it has no ads. That’s pretty much it. You have to ask yourself though if it’s worth five dollars to just save 20-120 seconds an episode. 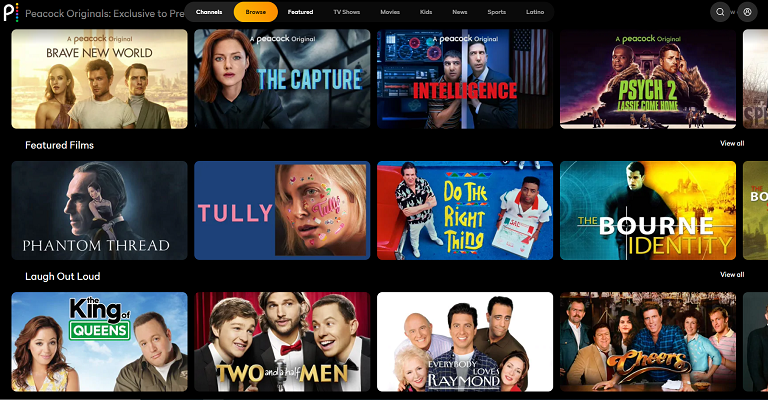 It was hinted at, and partially believed that all of the NBCUniversal content properties would be making their way to the app, but it became clear that it was not the case for the app as soon as you log in. The program doesn’t even have every episode of their current line up. I went to check for the final season of The Blacklist and only the last 5 episodes were available. Additionally, movies on the service, like the Matrix, have an indicator that they have only 12 days left to watch. So content won’t be on the site forever and will be cycled through.

It’s a bit frustrated about that, but they do have things like The Office, Friends, and Parks & Recreations. It’s enough for most people to pay the $4.99 just so they can watch those three over and over again. I’m looking at you Billie Eilish.

Their originals though started out the gate with a couple of note. First and foremost for us was the Psych 2 Movie, Come home Lassie. Conner actually took the time to download the app and watch it for his Conner’s Critique, you can read up on that Here. They also have two Peacock Originals documentary movies, two documentary series, Three kids series (including 4 seasons of a Curious George show, and 2 seasons of a Where’s Waldo show), and three seasons of adult television, (a comedy, a thriller, and a drama).

What We Liked
We love the live Channels feature. They focus on news, themed things, or even a whole channel just showing SNL over and over again. I love this feature. If you don’t know what you want to watch but are interested in sketch comedy, instead of having to choose which episode of SNL to start from, you can let the Peacock decide.

Another thing we love is the Comedy Bites area in the TV section of the app. For instance, they have a section specifically for the SNL mock commercials. This section feels like Youtube, but in the app, and showcasing their specific content.

Our last favorite thing is the integration of the Rotten Tomatoes scale, showing the rating on the items, and then when you open up their more detail page, you even see the audience score. For as long as Rotten Tomatoes is accurate (with the constant review bombing movements), it is good for people to see if a product is worth watching before investing the time.

Final Thoughts
For free, the app is an easy choice, but if you want to watch the things you actually came from it’s going to be an upcharge. If you got the disposable income, it’s not that high a cost. However, the price for price, if I was looking for something for my infant to watch, or to entertain the family, price for content, I’d likely rather go for Disney+ as the amount of content available all at once is much larger.

That being said, pretty soon there won’t be a place to go for your favorite NBCUniversal shows online except Peacock. When that happens, and when more Originals come out, Peacock will surely stand, and strut on their own.