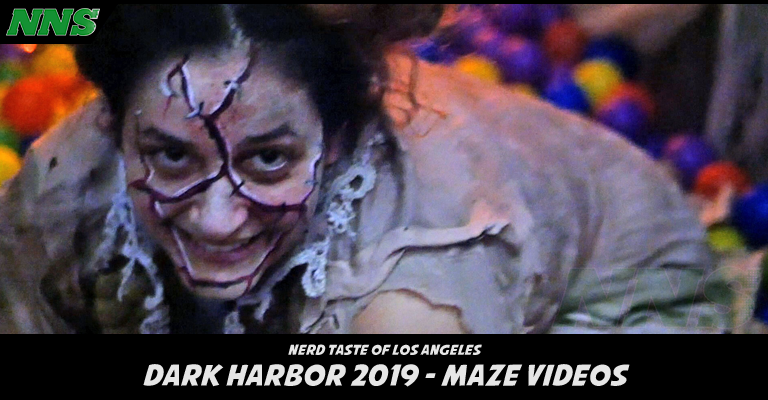 Nerd News Social stopped by Queen Mary’s Dark Harbor, which is running until November 2nd, 2019. We wanted to show you guys a couple of the mazes, so if you haven’t been yet, you’ll get it in gear and hurry up!

Feast oh boy… Where to start. Feast focuses on the fictional story of a cannibal chef aboard the Queen Mary. When food ran out about the ship, the Chef did his best to meet the needs of his high class patrons. However, when people began to worry about where the passengers were disappearing to, they quickly realized that the Chef had been serving them to the other passengers. Now back from the dead the Chef takes his revenge on it’s patrons by throwing them in his oven, like the passengers did to him as punishment for his crimes.

This maze has some interesting kitchen sets that are really cool, some looking like a human sized oven. The coolest part is that this year, this maze brings people down into the boiler room of the ship, and even empties into their maze themed bar.

They currently have discounted tickets through Costco, find out more Here, and you can purchase tickets directly from Queen Mary, Here

Want to know more about the event? Check out our preview post, or our gallery of pictures Here! Find out more about their Dark Hour Here!