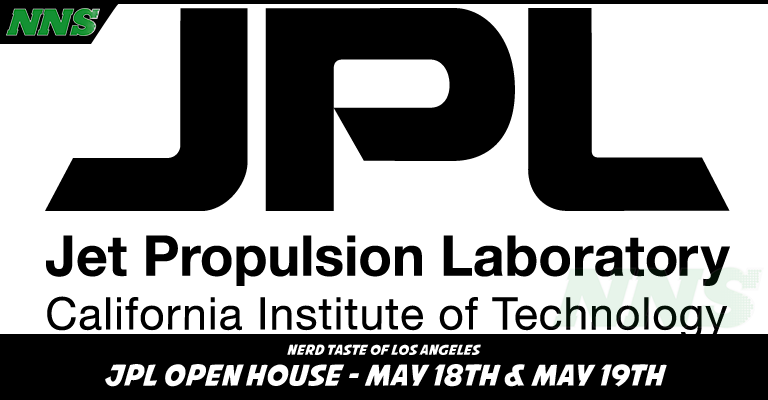 Space, science, and all things rockets. It’s the amazing things like this that are so impressive about JPL, in La Cañada California.

While this campus handles the soup to nuts of their operations, from concept to completion, they also like to offer access to their facility to the community, to allow the minds of the neighboring areas to be influenced by the science of their compound.

While they allow tours through the year, every once in a while they hold an open house for two days. Yesterday was the first day, and today is the second. To be able to access it, you have to registered a ticket prior to the event, here.

During the event they hold special events, and hands on experiences that you can’t enjoy during their regular tours.

One of the cool things, that is always there is the tour of the Microdevices Laboratory, where JPL works on technology at the nano level. 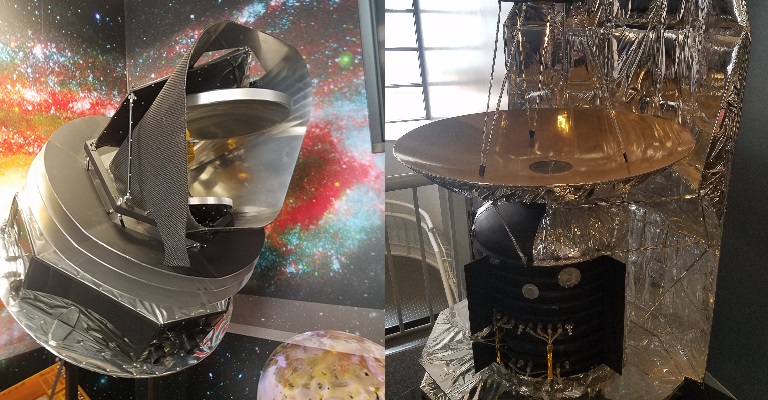 There you will find informative plaques and devices showcasing the work that has been done in the field over the last ten and more years. During the Open House, there were several employees explaining the laboratories, but as you can imagine, you can’t enter them.

Here they had experts talking about the probes, satelites, and technology that has been sent to explore the planets and moons of our solar system. One mindblowing thing my son couldn’t fathom until he was shown, is how small Earth was in comparison to Jupiter. It’s just one of those things that don’t connect until you see it.

A guided tour into the alien planets found by NASA, how they find them, and an amazing 360 VR planetary tour. 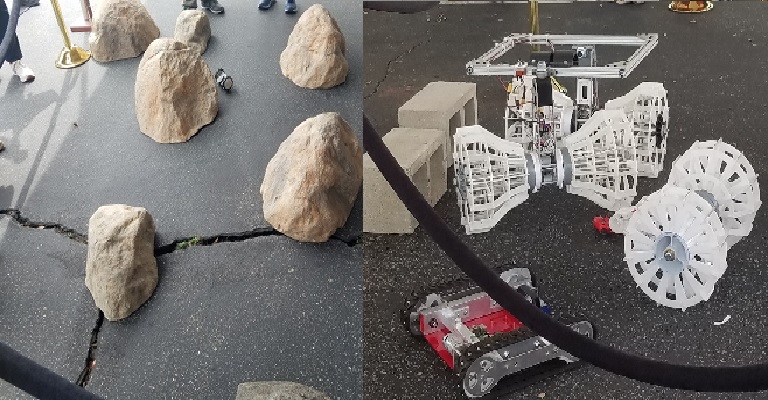 At this location, kids specifically were allowed to place their hands on some cool robots at the touch table. Then they can check out some state of the art robots. They can also see how high they could jump, and for how long, if they were on an asteroid.

Lastly though, the kids can control and drive multiple forms of drones, rovers, and machines. 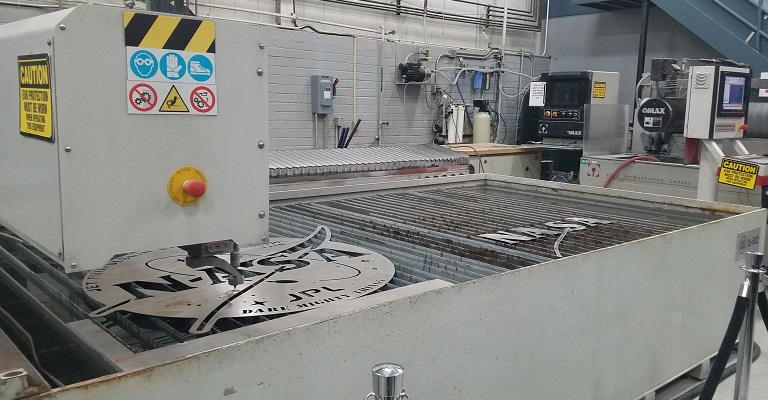 The coolest thing that we did was get to check out where JPL makes all of the pieces of their rovers, and other items. There we saw the amazing large scale water cutter, that uses garnet to make precise cuts like the one seen above.

They also had 3D printers and large scale lathes.

The last thing we will talk about is the gift shop and food. They had nerdy NASA, Mars 2020, and JPL t-shirts for $20 and freeze dried neopolitan ice cream for $3.50. 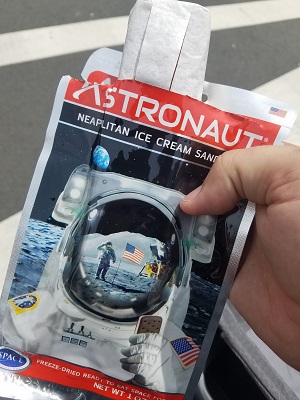 Additionally they had tacos, Chinese food, and traditional carnival food.

There was still tons of things to do, that we couldn’t get to as a result of the end of the day. I recommend hitting the most important things on the list, and then maybe waiting for a regular tour for the rest.

When you are ready to schedule your tour during the week, visit JPL’s website here!