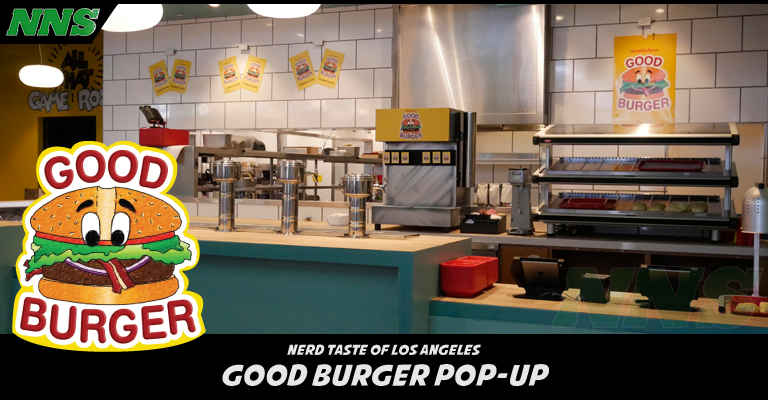 We were very lucky to get a chance to make our way through, and around the Good Burger Pop-Up, before it opened. Honestly, I was very impressed.

Inside the amazing establishment, was the All That Game Room, and multiple All That/Good Burger photo-ops: 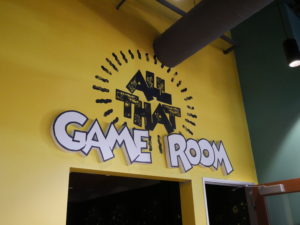 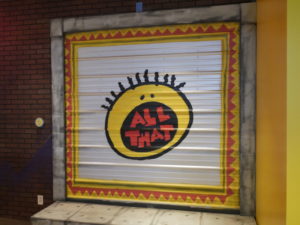 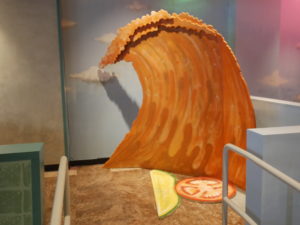 We know why you came to the Good Burger though, and it’s the name sake, the GOOD BURGER! 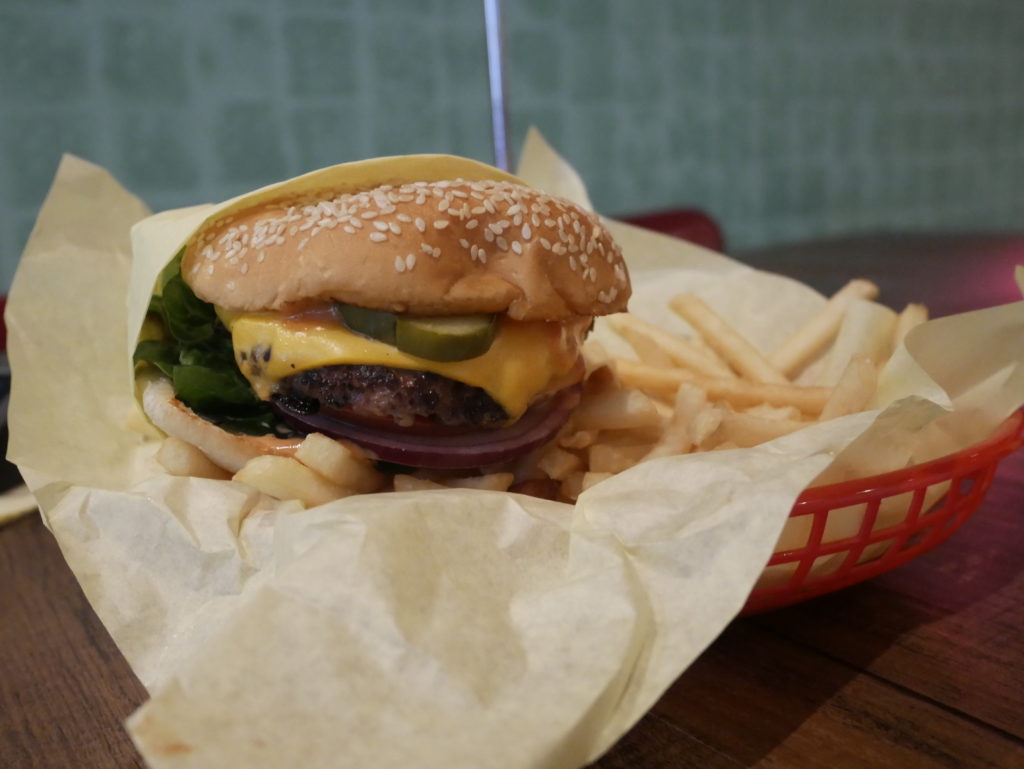 The Good Burger, much like Carls Jr., and Burger King, has gotten into the Faux meat craze as well, offering the Beyond Burger on their menu. However the really amazing change to the traditional Good Burger model is the much needed inclusion of Alcohol! 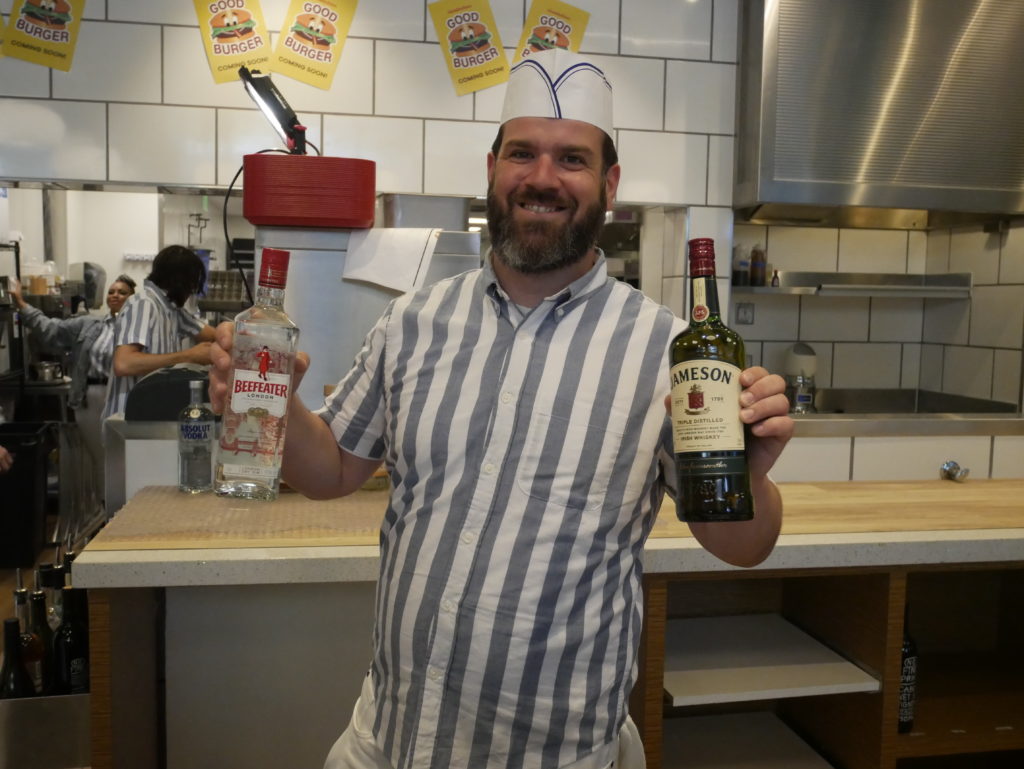 After we looked through, took some pictures, we got the chance to sit down with Kel Mitchell, from All That history, Kenan and Kel fame, and an executive producer on the returning show.

Remember the Pop-Up opens on Wednesday, and tickets are selling fast.

Check out what they had to say in our interview!

Eric Seuthe II: So first things first, thank you for sitting down with us, and allowing us the time to ask you some questions before the release of the Good Burger Pop-Up.

Kel Mitchell: Man, thank you. Thank you for coming.

Eric: What brought about the revival of “All That”.

Kel: Oh man, the fans, first and formost. They have loved it for so many years, and they wanted it back. Then Brian Robbins, who is the president of Nickelodeon, he mentioned it, “We want to bring All That Back,” and the fans went crazy. The 90’s fans went, “Is it going to be as good as the 90’s?” So, they reached out to me and Kenin, to see if we would be a part of it. It was so awesome, to now have a castmate that we grew into brothers, and now are executive producers the show together. It’s been awesome. The Kids are so funny. Seven new great kids, hilarious.

Eric: In the past, you haven’t worked together on a project in a while, and there was a miscommunication, but What was it like working again with Kenan Thompson?

Kel: Oh it’s awesome! A lot of that stuff was rumors, because we’ve still been friends. Super friends. We are both fathers now, so we are always talking about our kids. So it’s great!

Eric: How frequent will the prior cast members be returning on the series?

Kel: Oh yeah! We are definitely doing that. We are on the fifth episode airing on Saturday, and the Jonas Brothers were on there. A lot of great musical guests coming up, Josh Server was on the show. We just aired the Coach Kreeton one, with Josh in it. Super super funny. Lori Beth Denberg was in there, she passed the torch for Vital Information. We are going to see a whole lot of people, Angelique Bates came to the set last week. We go to church together. All of us have stuck to close contact.

Eric: In the new series, who is your favorite guest star on the new season?

Kel: We are still going, we still have six more to shoot, but Her was amazing. She was an amazing artist. She did a great job on the Good Burger sketch. Of course Jonas Brothers they were great. I love them all. Everyone is different. Then Jojo Siwa was there. All the kids had their bows on.

Eric: Was it hard to get back into the All That formula after so many years?

Eric: We played with it a little bit, with the Jimmy Fallon skit. I got to be back with the wig, and got to get back in the grove of it. Then I did the super bowl commercial, not the one last year, but the year before. I did a whole big thing, asking Tom Brady questions as Ed. I was geared up for this. Now we have the Good Burger Pop-Up, and I had to go through the voice to make sure I did it right like I did in the 90’s “Welcome to the Good Burger,” and I’ve been showing the employees how to do it. They meet you at the door.

Eric: So they have all been properly trained by the master.

Kel: All been properly trained, yeah man. I went through every last one, and had them say, “Welcome to Good Burger,” to me.

Eric: How did you guys go about looking for new talent for the brand new cast?

Kel: Yes. They found these kids, just like they found us. They did a nationwide search, of very diverse kids, with diverse pasts. They are very funny. They came in with their own sketches. Similar to us. They didn’t just stay in one city, like getting everyone in LA, that would be… nothing against that, but I think it’s cool they went to every city and brought some kids. Just like they did with us.

Eric: I did notice a couple of them had their own Youtube channels doing sketches on their own, before they were found.

Eric: Did that play a little bit of a factor on them being selected?

Kel: It did. It did. These kids are not green to the sketch world. Which is pretty cool. A lot of them have done theater. Have their own Instagram posts. It was cool it was different, I remember when I did another show before this called Game Shakers but with these groups of kids for All That, they already had their Instagram game, and social media game ready. As soon as we said, you all can go, they were posting things. It was crazy.

Eric: Of all the things available at the Good Burger Pop-Up menu, what is your favorite item?

Eric: Have you tried the Beyond Good Burger?

Kel: Yes! Of course, it is so good. You guys have to do it. Come through, it’s an experience. You are going to love all the burgers. The burgers are so good.

Eric: Thank you for taking the time to talk with us.

Eric: We’ll talk in the future.